Get up, stand up and let's fight against racism in cricket 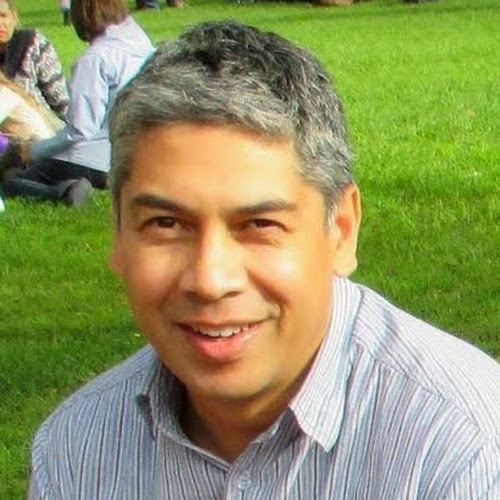 More so than any other sport, cricket embraces multiculturalism.

We were in awe of Sachin Tendulkar’s mastery.

We held our breaths when Michael Holding started his bowling runup. We didn’t care about their complexion, their beliefs or what they ate.

In 2020, Azeem Rafiq accused Yorkshire County Cricket Club of institutional racism. He noted that the racism reached a point where he considered committing suicide. Yorkshire Cricket arranged an independent review of the complaint but initially did not disclose the content.

After pressure from the English Cricket Board some findings were published and after further pressure from UK members of parliament, a more detailed summary was released. Due to legal advice, Yorkshire Cricket have resisted releasing the full report to date.

As a teenager growing up in the UK, I loved watching Viv Richards and Ian Botham play together for Somerset. Theirs was a friendship that transcended all boundaries; skin colour wouldn’t have entered either man’s mind or, at the time, mine.

In Botham’s 1994 autobiography he notes that there was a small element of racist Yorkshire supporters who followed the team across their matches. Though the Yorkshire committee were most likely aware of this, they chose to do nothing.

After a particularly vocal Yorkshire-Somerset match, where these supporters spewed disgusting comments, standing up for his beliefs, Botham chose to speak out at the post match press conference. One, unnamed, Yorkshire committee member, instead of backing Botham, chose to call him “out of order” and had to be subdued by others to avoid further fallout.

In November 2019 Jofra Archer was the subject of abuse while playing for England in New Zealand and in January 2021 Mohammed Siraj and Jasprit Bumrah were similarly targeted during the Australia-India Sydney Test. In both cases, there has been no naming and shaming of the perpetrators.

A couple of years ago, my 12-year-old son Sam tried out for a nearby district cricket team. He thought he had done well enough to get into the squad and so very disappointed not to be selected. Due to Covid restrictions in place, I was unable to view the trials, so solicited feedback for Sam through a call to the Junior Co-ordinator.

The feedback was considered and fair but at one point, the Co-ordinator referred to my son as a “darkie”. I was shocked.

Multiple thoughts went through my head: did he really just say that? Should I call him out on it? If I do call him out, will this jeopardise the chances of my son ever getting into the team? With this apprehension the moment passed, the conversation moved on and the call ended.

I had taken the cowardly option, failing to voice my appalled emotions. Sam now plays for a different district team.

In a recent BBC program, Michael Holding said, “It is no longer good enough to say, ‘I am fine, I am not racist’. You have now got to be anti-racist. You have got to call out the racists and you have got to embarrass the racists.”

This is not an easy ask and is even harder when you know the person. Whilst talking to one of my neighbours, he chose to regale me with a story about a triathlon he did ten years ago. One of the competitors, was wearing a patka, a head covering used by Sikh males when it’s not possible to wear a turban.

The neighbour shouted to him, asking him if he was “hiding his lunch under there”. The Sikh competitor laughed, the race progressed. I advised the neighbour that while I was sure he was not trying to cause offence – I was anything but sure of this – Sikhs consider hair to be sacred.

They don’t cut it and they use patkas or turbans to protect their hair. I’m hoping that my conversation was educational, and my neighbour might be more considerate, more caution with his “wit” and perhaps more understanding of religious and cultural practices. I’d take any one of those three as an improvement.

Whether you are watching cricket or otherwise and you see, hear, or feel racism, don’t ignore it. Try to inform, to educate or to embarrass. As Holding said, “You need good people to stop being silent.”

Azeem is on the field, playing with Viv, Sachin and Michael. Let us marvel at their skills and embrace their diversity. For I am Azeem, you are Azeem, we are Azeem, and, yes, we all love this game.

Those three extra runs didn’t help Ireland though, as Namibia went on to win the game. 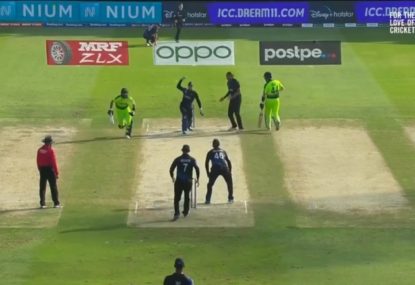 Namibia have booked a place in the second stage of the Twenty20 World Cup, the biggest achievement in their cricket history.