Heritage vs Expansion: Full time for the Bears or one final chance?

Rugby league began in Australia in 1908 when Souths played Easts at Birchgrove Oval – right? Wrong. But there’s no penalty!

Because since at least 2012, this urban myth has been spreading like a virus and at least four major media companies have reported it as historical fact. Two did so in the past fortnight leading up to the Grand Final.

This historical point needs to be clarified because it inaccurately deletes Norths from a key moment in rugby league history. And this is especially important at this time whilst the Bears strive to return to the NRL.

For the first time in more than a decade, the NRL are now in expansion mode. The Dolphins have just been announced as the 17th team and now everyone’s talking about adding an 18th. Which is probably exactly the buzz the NRL wanted to generate.

But surely, with all this change there will finally be a place for the Bears… right? Mmm…

I’m not a Bears fan and saw them play only once in 1998 whilst supporting Canterbury. The Bears lost.

Business often tends to undervalue heritage and community, and the ongoing exclusion of a foundation club with 113 years’ history is a stain on the game. Further, independent research has found there are still 200,000 Bears’ supporters, despite two decades in hibernation.

Three QLD clubs, the Dolphins, Firehawks and Jets had been bidding to be the new 17th team, based in Brisbane.

Every other week though, this new team will be “away” – the majority of the time in Sydney. 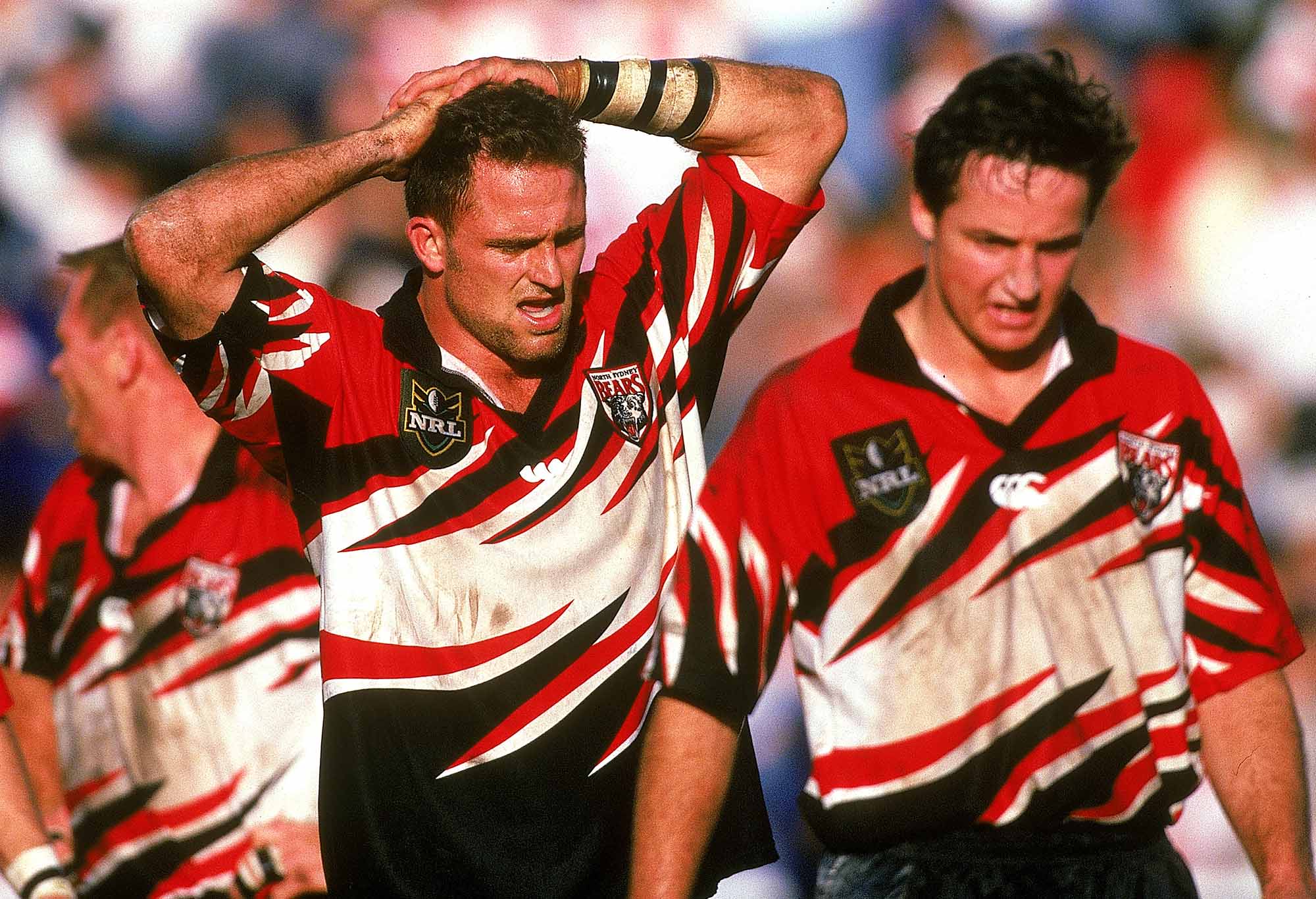 In recent decades, league has lost both Newtown and Norths whilst Wests and Balmain merged. The “heritage-impact” has been significant.

Conversely, by 2016, the Sydney Swans had gathered 12,000 Melbourne-based members. “There are generations of families who have stuck to the red and white,” Swans legend Tony Morwood told The Age.

Some argue relocating clubs doesn’t work but AFL has twice proven otherwise. In contrast, did the Steeden game miss its opportunities, especially when launching new teams?

In 1983 the Newtown Jets folded, but in 1988 Newcastle, Gold Coast and Brisbane launched. None were called the Jets.

Meanwhile from 1988 league tried four names on the Gold Coast: Giants, Seagulls, Gladiators and finally the Chargers. None worked with the fourth version folding in 1998.

Almost a decade later, the NRL relaunched on the Gold Coast. The Bears and Jets were now both in hibernation. But rather than reviving a foundation club, the NRL instead created the Titans – a fifth name in less than 20 years.

Come 2017, the NRL were then propping up the Titans, so the Bears offered to buy the club and rename them the Gold Coast Bears. Negotiations stalled and the Titans survived.

The Bears remain in exile.

Lots of water has gone under the bridge, but these latest expansions provide probably the final chance to “bring back the Bears.”

With 200,000 supporters, the Bears would sell thousands of Sydney memberships – even if based interstate – as the team would be regularly back in Sydney playing “away”. They’d sell even more memberships if they were also somehow still nicknamed “Norths” (which may not prove feasible).

The Bears’ exile has been a 20-year disappointment, but dramatic comebacks garner lots of interest. Remember Souths and the countless stories of their long-suffering fans? The NRL could do it all again with the Bears.

The Bears’ return would also allow for a true rematch of that first-ever game in 1908: Souths vs Norths. Could there be a more poignant way to start each season than two former exiled clubs recreating history? Russell Crowe might even agree to bring back the bell.

If the NRL wants to truly capture the imagination of the league – and more of its own heritage – they should finally guarantee a proper pathway for the Bears.

The Bears’ fans deserve it and rugby league as a whole would be enriched.