'I wish my dad could see this': Emotional reason Lealiifano chose Moana Pasifika over Brumbies return

The Roar
14th October, 2021
15
Join the conversation
4287 Reads
Advertisement
Write for The Roar

Christian Lealiifano has revealed he was in talks about a Super Rugby return to the Brumbies when he was approached to lead the new Moana Pasifika franchise in 2022.

Lealiifano told stuff.co.nz on Thursday that Moana Pasifika director of rugby Kevin Senio convinced the Auckland-born former Wallabies rep to knock back the the Canberra club to represent his Samoan heritage in the new team.

The approach clearly appealed to Lealiifano on an emotional level and he said he thought of his parents and grandparents, particularly his late father who passed away in 2006, before he broke into the pro ranks.

WELCOME TO OUR AIGA CHRISTIAN ????

“I think, to be able to represent people that got me to where I am now is going to be pretty special,” Lealiifano told Stuff on Thursday.

“I wish my dad was still living today to see this team. He’d be all over it. I’m sure he’d be really proud that I’m going to be involved with something that’s going to have a lot of meaning and purpose.

“He always wanted me to chase my football dream. Unfortunately, he passed away a couple of years before my debut for the Brumbies. I carry him with me. He’s with me every day.”

Lealiifano, 34, was confirmed as Moana Pasifika’s first signing with a one-year deal with an option for a second year.

He played 26 Tests for the Wallabies and has been in Japan after 12 seasons and 150 appearances for the Brumbies.

“I’m not as ripped as Quade [Cooper], he’s in pretty good shape that fella,” Lealiifano joked.

“But the body’s holding up OK. Japan was nice, to be able to play that fast style of footy, and not as physical, although it is getting that way now.”

He was also asked about Wallabies coach Dave Rennie’s recent backing of older players to return to add experience to the Wallabies.

“If you’re good enough and you’re playing well enough, I guess I wouldn’t turn it down, but it’s not a priority,” he said.

“If Dave Rennie’s happy with what he’s seeing you never know. Obviously it’s positive when he’s picking Quade and Samu [Kerevi] and some other guys from Europe.

“He’s obviously looking around at some other talent, and you wouldn’t say no. To represent your country is always a massive feat.”

Super Rugby Pacific is on the launch pad, tightening belts and with COVID-19 putting match logistics under scrutiny. 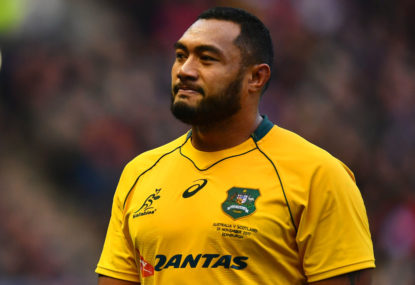 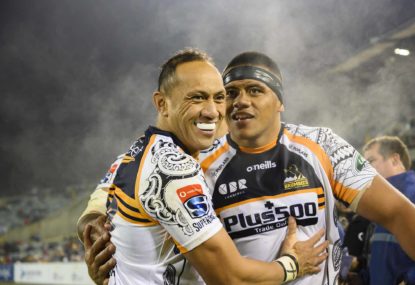 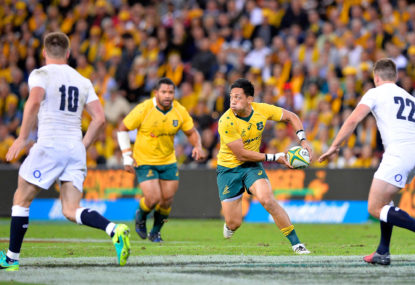 So then, Super Rugby Pacific, eh? 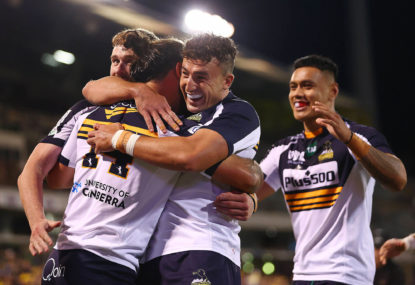