Having never made the WBBL finals before, in WBBL06 the Melbourne Stars finished the regular season on top of the ladder – but unfortunately were no match for the Sydney Thunder in the final.

Two of the key performers in WBBL06 for the Stars were two former Stars players who returned to the franchise from the Perth Scorchers. Captain Meg Lanning scored 493 runs to be the second leading run-scorer in the competition, and Nat Sciver, who took 19 wickets to be the equal second leading wicket-taker in the competition. Sciver also scored 252 runs for the season.

South African Mignon du Preez scored 380 runs for the season and is the second leading run-scorer in Stars history, with 1498 runs.

Unfortunately for the Stars, Sciver will not return to the WBBL this season and Du Preez has moved to the Hobart Hurricanes. The Stars’ third international from WBBL06, England’s Katherine Brunt, will also not return. 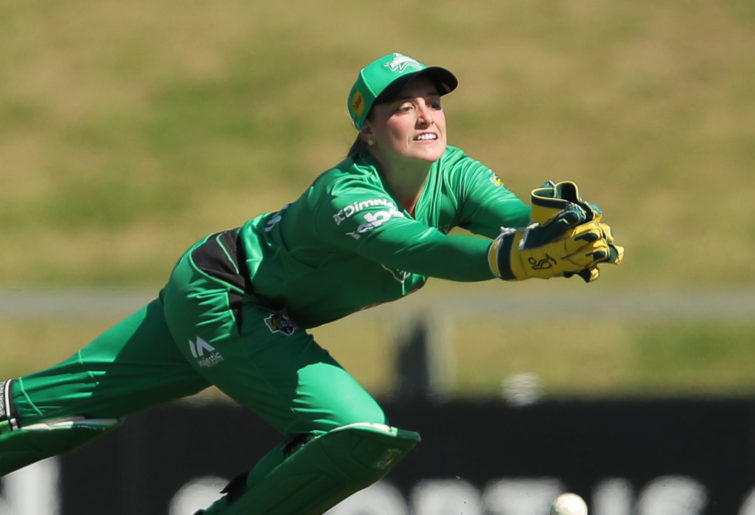 Another big loss is coach Trent Woodhill, who took the Stars to the final in his first year in charge.

So who is playing for the Stars in WBBL07.

The top of the Stars batting order will be dependent on Meg Lanning and Elyse Villani. Lanning is the Australian cricket captain and the Stars’ all-time leading run-scorer, with 1555 runs. Villani scored 360 runs in WBBL06, including two 50s. Lanning and Villani, who both have also previously played with the Perth Scorchers, are both in the top six run-scorers in WBBL history.

Tess Flintoff, who took 11 WBBL06 wickets, and Australian player Annabel Sutherland are important returnees for the bowling attack. The Stars have added Irish fast bowler Kim Garth to their squad this year. Garth has previously played with the Perth Scorchers and Sydney Sixers and has taken 33 WBBL wickets. Garth was named Ireland’s women’s cricketer of the decade.

The experienced Erin Osborne will be a vital player with both bat and ball. Osborne has scored 697 runs and taken 35 wickets for the Stars and is one of only four players to have played 50 WBBL matches for the Melbourne outfit.

The Stars have signed two less experienced English players to round out their international squad. Maia Bouchier averaged 30 with the bat and finished in the top ten for strike rate in The Hundred for the Southern Brave. She also made her England T20 debut in September against New Zealand.

Left-arm orthodox bowler Linsey Smith played nine T20s for England in 2018 and 2019 and took 13 wickets. In The Hundred, Smith took nine wickets at an average of 13.55 and an economy rate of 92.42 for the Northern Superchargers.

Sophie Day was a revelation for the Stars in WBBL06, taking 11 wickets with her left-arm orthodox bowling with best figures of 3-16.

Victorian 21-year-old wicketkeeper Nicole Faltum has played 41 games for the Stars. Another young wicketkeeper, 20-year-old Maddy Darke, has also joined the team from the Sydney Sixers. She has played 13 WBBL matches but has never donned the gloves.

Youngsters rounding out the squad are Lucy Cripps, who has played three games for the Stars but is yet to bat, and talented teenagers Georgia Gall and Rhys McKenna, who will be looking to make their debuts.

With the loss of experienced campaigners Sciver, Du Preez, Brunt, King and Ferling, I think the Stars will struggle to maintain their form from WBBL06.

Glenn Maxwell has thumped the highest score in BBL history, whacking an unbeaten 154 as the Melbourne Stars launched an all-out assault on the…

Glenn Maxwell and his Melbourne Stars are "cooked" from the effects of COVID-19 as they battle to make the Big Bash League finals. The…