The couple of ‘team of the tournament’ selections I’ve seen were generally skewed toward their country of origin, but contained roughly equal representation from Australia, New Zealand, and South Africa.

Some, but not all, found room for one or maybe two Argentineans, but no more. And I think that all sounds about right based on this season’s showings, even allowing for local liberties.

We’ll get into Spring Tour predictions and hopes and dreams and everything next week, but I’m really interested to see what the guys came up with, and what you guys follow on with in the comments.

Question 1: Who was your team’s most influential player for The Rugby Championship this season?

Harry
The Springboks disappointed in the middle two Tests. If they’d kicked their goals in Round 3 and defended the Wallabies like they usually do in Round 4, their existing No.1 ranking might’ve been accompanied by a rare RC trophy.

Nevertheless, the Boks’ tight five were consistently strong, even in the three losses.

Malcolm Marx was phenomenal, but is limited to a backup role. Steven Kitshoff also impressed in the last half. But monster minutes were needed with the absence of Pieter-Steph du Toit. So I’ll name a lock as the Bok of the tournament.

Either Lood de Jager or Eben Etzebeth would work, but I’ll go with Etzebeth for his all-around game: passes out the back, steals, chase, and dynamism. Lood right there, too, ruling the lineout.

Geoff
Despite winning the Rugby Championship by a street, the All Blacks didn’t dominate the ’team of the tournament’ as much as might have been expected.

Theirs was a team effort more than a reliance on one or two outstanding players, but if forced to single one out, Jordie Barrett’s performance in Townsville – defusing bombs, running strongly and draining the match-winning penalty – marks him as their most influential player.

The Wallabies’ spread from best to worse was more uneven, as you’d expect from a developing side. But it was the addition of Samu Kerevi that proved hugely influential.

He was a midfield rock against the charging South African defence, a constant threat with the ball, and even showed off an improved passing game. Great to see a player go overseas and come back having taken his learnings from those learnings!

Brett
I’ve really given this some thought, because the Wallabies options feel a bit obvious: Michael Hooper was yet again superb, and Quade Cooper and Samu Kerevi’s impact was both immediate and significant.

But I’m going to look past all of them and I’ll explain why.

Part of the reason Cooper was able to provide the platform he could was because of the go-forward being provided up through the middle, and while yes, Kerevi certainly aided this, it wasn’t all him.

No, the guy I’m looking at is Rob Valetini. He switched from blindside to the back of the scrum during the Bledisloe series, and he played well, but he really kicked on against South Africa, where he just kept charging right up through the guts of the Springboks’ defence. 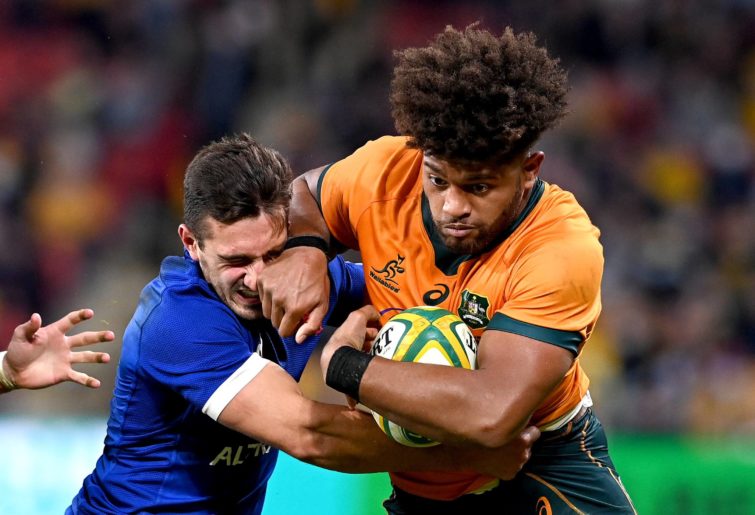 And from that, Cooper and the Wallabies’ attack had the room and speed of ball to play so well from. Valetini wasn’t on his own, obviously, but he was the most consistent, and became the most deadly, the more second phase ball he was able to produce.

Hooper, Cooper, and Kerevi got all the headlines, but I’ll put it to you that Valetini was right up there with them, and he was a major reason the Wallabies were able to play on the front foot so much by the end of the tournament.

Nobes
Without a doubt, the best Pumas player on and off the court was Julian Montoya.

Not only did he lead the team and the tournament in tackles, but also as captain he had to lead the team in a situation quite against in terms of results and what was exposed on the court.

With Pablo Matera, Marcos Kremer, and Guido Petty off, plus the absence of Tomas Cubelli, Julian had to put the team on his shoulder and help the large number of debutants at Los Pumas under very adverse conditions.

Digger
My initial answer to this question was Aaron Smith – not so much his influence on the field but the obvious lack of influence his absence magnified, certainly missed.

In terms of on-field, plenty of players put their hands up for a game or two but in the end, I would suggest it was Jordie Barrett who perhaps proved the most influential. Certainly, his absence may have seen two losses to the Springboks, and his kicking (the non-karate type), assured defence and straight running was a welcome addition to the All Blacks’ play.

I would also suggest Ethan Blackadder, while perhaps not as influential but worth a mention none the less, was the find of the championship.

Question 2: And who was your player of the tournament from a team other than your own?

Harry
For the Wallabies, Samu Kerevi just nips Quade Cooper. For the Pumas, Julian Montoya, even if he looks so much like James Slipper.

The best All Black seemed to be Jordie Barrett, who stole the 15 jersey from Damian McKenzie.

Geoff
Slim pickings, I’m afraid, trying to pick a player of the tournament from the Pumas. That conversation starts and finishes with Julian Montoya.

The Springboks obviously started slowly, but found their level against the All Blacks. Their thrilling victory in the final match was a committed team effort, but the glue in the middle of it all was champion lock, Eben Etzebeth.

Brett
Yep, Julian Montoya was certainly the standout Puma, and I’ll happily join the chorus of praise going All Black flanker Ethan Blackadder’s way. He’s got a massive future ahead of him already.

I had to take a while to think about a best Springbok, and the guy I landed on was Duane Vermeulen. 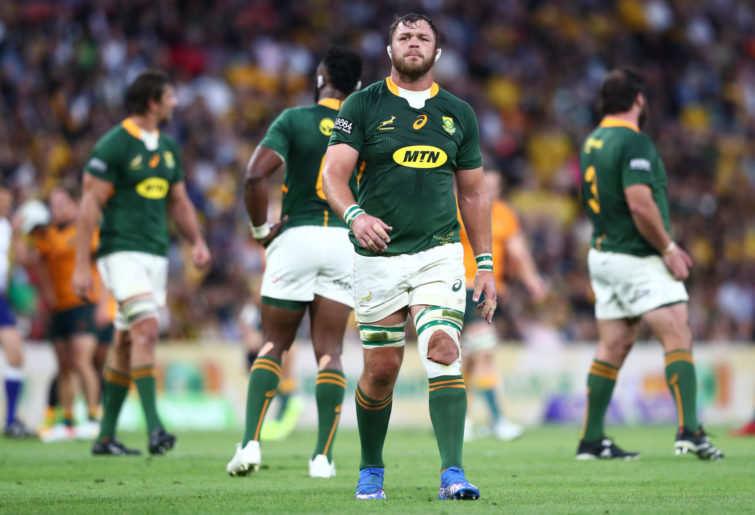 And yes, it’s hard to argue that Eben Etzebeth was very, very good, but for me, Vermeulen was the glue holding the pack together. He was good against the Wallabies, but lifted that about 14 levels to beyond outstanding against New Zealand. Oh, and he’s north of 35.

Nobes
In Australia, the star player was Andrew Kellaway with his clean breaks and as the top try man of the tournament.

For the ‘Boks, Lood de Jager. I was very impressed not only with his qualities on the line but also in the open field.

For the All Blacks, I am going to choose a player who surprised me with his game in a team full of stars where it is difficult to stand out.

Every time he was on the court, I really liked the performance of Ethan Blackadder. He is a player whom I had not taken into account, but I was pleasantly surprised with what he brought both in attack and defence.

Digger
Julian Montoya certainly was the Pumas’ best and for his sheer consistency, Eben Etzebeth for the Springboks.

Michael Hooper was the Wallabies’ consistent best across the tournament, but there is no doubt the winning column started ticking over with the introduction of Quade Cooper and Samu Kerevi.

Overall, I would give it to Quade Cooper, whose composure and steady hand guided his Wallabies to four in a row.

OVER TO YOU: Who was your team’s most influential player for TRC 2021?

And who was your player of the tournament from an opposition team?