Who should make the Australasian Super League team of the year?

And so, top-flight domestic rugby league has come to an end, on both continents.

After a tumultuous, Covid-hit campaign, the season was seen off in style: Penrith dispatched Souths in a coming of age, while St Helens established themselves as one of the most dominant sides in the Super League era with their back-to-back-to-back titles.

With nothing but a few internationals and the French semi-pro competition to tie rugby league anoraks over into the new year, now is the time for introspection.

The imports to Super League have a far greater impact than English players in the NRL do – to the point that a ‘Combined Nations All Stars’ could defeat the national team.

With that in mind, a little thought experiment: I’ve laid out Super League’s Team of the Year, but only from NRL purchases. Consider it an opportunity for the casual Australian observer to have a nostalgic flashback of former players, or to judge potential future signings.

If nothing else, it provides fans with the chance to look down at the comparatively feeble quality of Super League in a condescending, if depressingly accurate, manner.

Fullback
Lachlan Coote – St Helens, Scotland
The former Cowboy now has three Super League titles to add to his 2016 NRL Premiership. He has been a mainstay since he arrived in 2019, and did not disappoint in 2021.

He even managed to displace England international Johnny Lomax from the Number 1 spot, such has been his assurance under the high ball and kicking acumen. He performed diligently in both the Challenge Cup and grand final showpieces, as he did throughout the season.

Only omitted from the Dream Team proper by the erstwhile Sam Tomkins.

But if Sio’s record represents a triumph of consistency throughout the season, Naiqama’s inclusion is testament to his man of the match display in the grand final.

He scored two tries, finding space on the Catalans’ defensive left despite their sheer dogged resilience. His vision, passing and general team performance earned him the Harry Sunderland (player of the match) trophy, awarded by another three-peater Rob Burrow. No stranger to the big stage, the man that captained Fiji to their 2017 World Cup upset against New Zealand will also go down in St Helens folklore. 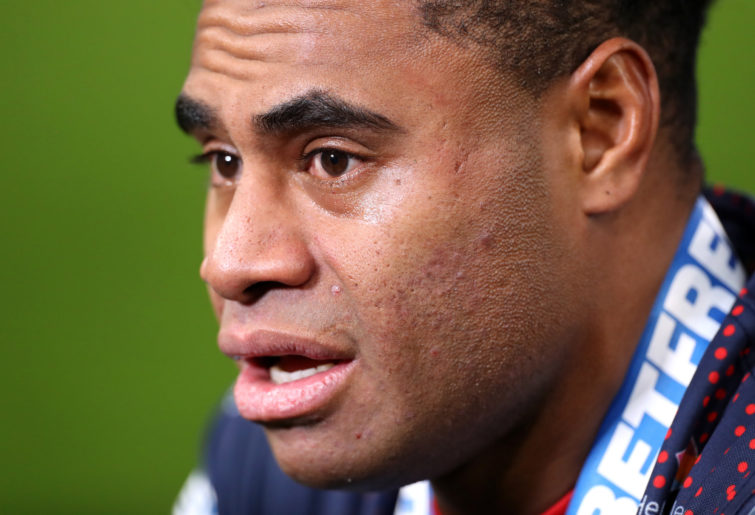 Joining him in the centres is Shaun Kenny-Dowall, long-time Rooster and 2013 NRL champion. Joining Hull KR, it was unlikely that he would be able to repeat such an achievement in Europe.

But he was an ever-present this year, teaming up with Ryan Hall on the left-wing to power the Robins up the league to the surprise of everyone. That they made the play-off semi-finals for the first time since 1985 is in no small part down to SKD’s experience and skill.

Filling in on the wing in this eclectic collection is Jake Mamo, the colourful personality that could light up games whenever Warrington needed some inspiration. The highlight of his season was a hat-trick over rivals Wigan, and the versatile back will be looking to improve with Castleford next season.

There is nothing to say about James Maloney that hasn’t already been said. A ‘free-spirit’ in a sport that increasingly demands conformity, he ultimately fell short of the fairy-tale finish with the grand final defeat to St Helens.

Nonetheless, he can look back on his two seasons with the Dragons with pride. Not only did he continue to demonstrate his latent talent, but he also oversaw the continued rise of the French side and the potential renewal of the sport in the country.

His stewardship also saw the potential of Josh Drinkwater be fulfilled. The 2018 Challenge Cup Final winner returned to the South of France oscillated between hemispheres for some time before eventually settling in Perpignan. He would be a worthy inclusion in nearly any Super League side, and dare say a number of NRL stragglers. 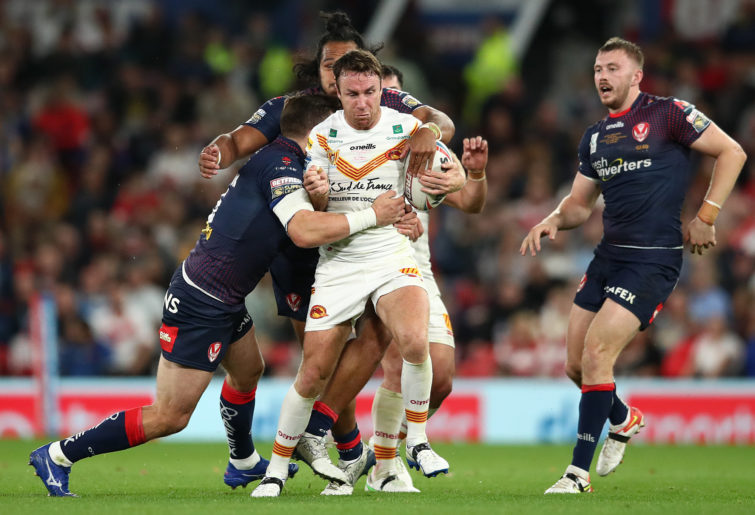 Front-Row
Sam Kasiano – Catalans, Samoa
Nathan Peats – Leigh, Australia
Matt Prior – Leeds, Australia
In what may be the strangest front-row to ever grace paper, Super League’s Antipodean enforcers all contributed to their teams this season, if not enough to make a demonstrable dent in the Dream Team. NRL star-gazers and Australian border officials will have noted that the majority of English players that excel Down Under tend to be hard-hitting forwards.

Sam Kasiano was the only one of the three to make the Team of the Year, but that is a quirk of the selection criteria: he starts games with about the same frequency as the Kangaroos play international fixtures. He is an impact player, devastating tiring defences off the bench. That is nothing to look down on mind, especially as he does a bloody good job of it.

Matt Prior took over the captaining duties at Leeds after Luke Gale’s injury and falling out with the managerial staff, and steering the Rhinos into an unlikely semi-final. There is a clear rebuilding job at Headingley to return to the heights of their former glories, but Prior looks well set to help that process. He brought a degree of consistency to a team sorely lacking in week-to-week reliability, and the former Shark looks well set for a future in Yorkshire.

Less certain is the fate of Nathan Peats. Halfway through the season, he was loaned out by wooden spooners Leigh to Huddersfield Giants, having to fit into an entirely new system.

Nonetheless, playing in the worst team of the season, he stood out above the rest of his teammates, earning a callup to Tim Sheens’ All Stars. How he goes next season will be anyone’s guess.

Kane Linnett made the real-life Team of the Year, a pivotal part of Hull KR’s meteoric rise. The Scotland international had an outstanding season, an enthusiastic bruiser with an experienced headset.

Whilst the East Hull side are building a core squad with local talent, their selective imports like Linnett have proved astute at adaption and contributing to a team greater than the sum of its parts.

Rhyse Martin can be content with his season, but will undoubtedly have the desire to push on to play even greater. Leeds’ spasmodic campaign also put paid to Martin’s hopes of a consistent run, but he again brings a level of worldly knowhow to an up-and-coming squad.

Luke Yates is perhaps the surprise package. After a bright start with Salford, he was snapped up by Huddersfield for a hefty transfer fee, slotting in astutely in at lock. The Novocastrian always exudes talent, and with the Giants strengthening for 2022, his stock in West Yorkshire looks set to rise further still.