Other players who will not be part of the Strikers squad this season are Alex Price, Katie Perkins and Ellie Falconer. Price has taken 20 wickets in 58 matches with her right-arm off spin. WBBL viewers will miss the entertainment provided by Price on the microphone while in the field. Another White Fern, Perkins was an injury replacement for Bates during WBBL06. Falconer, who has been with the Strikers since 2017 but is yet to make her WBBL debut, has joined the Renegades.

Newly appointed Strikers captain Tahlia McGrath is the first player I wanted to highlight. McGrath was recently named player of the series in the Australia versus India multiformat series. McGrath made scores of 74 and 47 in the ODIs and 44 not out and 42 not out in the T20s. In one ODI she took 3-45. She has also scored 1241 runs and taken 55 wickets in the WBBL.

Australian right-arm medium-fast bowler Megan Schutt will again be the leader of Adelaide’s bowling attack. Schutt’s consistency at both the start of the innings and at the death is unparalleled for both Australia and the Strikers. Schutt has taken 74 wickets for the Strikers, has a best bowling of 3-7 and has an economy rate of 5.71.

Amazingly, Schutt, Amanda-Jade Wellington and Bridget Patterson have played in all 85 of the Adelaide Strikers’ matches.

Leg spinner Wellington is a key for the Strikers during the middle overs. Wellington is Adelaide’s leading wicket-taker, with 80 wickets, and a best bowling of 4-24. Wellington has also scored 482 WBBL runs. At the age of 24, if Wellington stays with the Strikers for most of her career, she could set a wicket-taking record that could stand for a long time.

Patterson is a reliable component of the middle order for the Strikers. She has scored 1199 runs with a highest score of 60 and a strike rate of 97.16. Patterson also provides an important contribution in the field, having taken 30 catches.

Wolvaardt’s South African teammate Dane van Niekerk is a great recruit for Adelaide. The Strikers will be Van Niekerk’s third WBBL team after stints with the Melbourne Renegades and Sydney Sixers. She will bring great all-round skills to the Strikers, having scored 961 WBBL runs and taken 74 wickets. 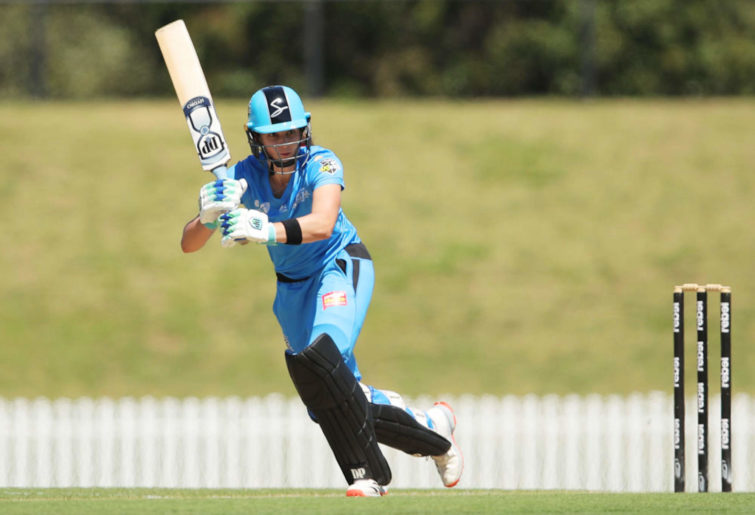 Another recruit for the Strikers is Jemma Barsby. Barsby joins Adelaide after stints with the Heat and the Scorchers. Barsby has scored 358 WBBL runs and taken 58 wickets. Barsby amazingly can bowl with both her right arm and her left arm and is also tackling a multiple sclerosis diagnosis head-on. Barsby is the daughter of former Queensland opener Trevor Barsby.

Sarah Coyte is another experienced and consistent performer for the Strikers. She’s in her second stint with the Strikers after a run in the middle with the Sixers. She has taken 74 WBBL wickets, which is in the top ten for the competition. Coyte took 18 wickets in WBBL06, which was the most by a Striker and equal fourth most in the competition, with the players above her all playing finals.

Teenage fast bowler Darcie Brown has burst onto the scene. Brown took ten wickets in 12 matches in WBBL06 with a miserly economy rate of 5.52. She has also received a national contract and has taken five wickets in three ODIs, played one T20 and recently made her Test debut against India.

After spending four seasons with the Stars, this will be Katie Mack’s third season with Adelaide. Mack has scored 1153 WBBL runs. Watch for her speed and enthusiasm as she patrols the cover and midwicket boundaries.

Experienced wicketkeeper Tegan McPharlin is a mainstay of the Strikers team. In 76 matches McPharlin has over 50 dismissals and has scored over 400 runs.

Maddie Penna was signed as an injury replacement for the Stars in WBBL05 and was the Stars’ leading wicket-taker in WBBL05 with 12 wickets. In WBBL06 Penna only took three wickets for Adelaide. However, she made more of an impact with the bat, scoring 173 runs, including a 56 not out.

The Strikers have also signed left-arm orthodox bowler Nell Bryson-Smith. Bryson-Smith was a replacement player for the Hobart Hurricanes.

Young batter Annie O’Neil is a former state under-18s captain and can also bowl leg spin. Meagan Dixon, a 24-year-old all-rounder, has been playing with Queensland Fire after rising through the indoor cricket ranks.

The Strikers have a number of quality players in the squad. They will be in contention for a finals spot for a lot of the season. However, with the loss of two internationals in Bates and Taylor, though offset to an extent by Van Niekerk, means they will fall short of the top four.