What in the hell was so important about getting a future fourth-round pick that probably won’t even get used?

If it seems to happen a lot then it isn’t your imagination because 16 current and future fourth- and fifth-round picks featured in eight of the trades in this past trade week, with the likelihood that many more fourth-round picks will change hands by the end of national draft live trading.

There’s a lot to unpack there, especially that pick 79, which is technically the Suns’ fifth rounder, so why does Collingwood want all of these junk picks? Very simply, picks don’t just represent points when it comes to bid matching, they can be used to move up the order to match a late bid.

The Pies have highly rated Youseph Dib as an next generation academy-tied player this year, so once most of their picks are burnt by matching Nick Daicos, they have to try to cobble together more draft picks to get out of this phase of their rebuild with some decent players to go with their father-son star.

An oft-forgotten fact of bid matching is that after the first round the discount of 20 per cent is waived and replaced by a flat 197 point hit, so late-round picks can be used to match anything that comes after pick 57, while even bids in the third round can be matched by a late junk pick and the difference in points goes forward as a deficit against the club’s first pick in the following year’s trade period.

So it follows that in the next trade, the Cats sent Nathan Kreuger and pick 55 to the Pies for pick 41, which suits Geelong because they need picks in the early rounds to restock their list, while Collingwood would be hopeful that picks 27, 36, 46 and 48 will be enough to meet the points required to match a bid for Daicos (probably with a couple more pick swaps trading back to maximise points), leaving picks 55, 58, 78 and 79 for the late draft where they’ll hope to also match Dib and find some hidden gems. 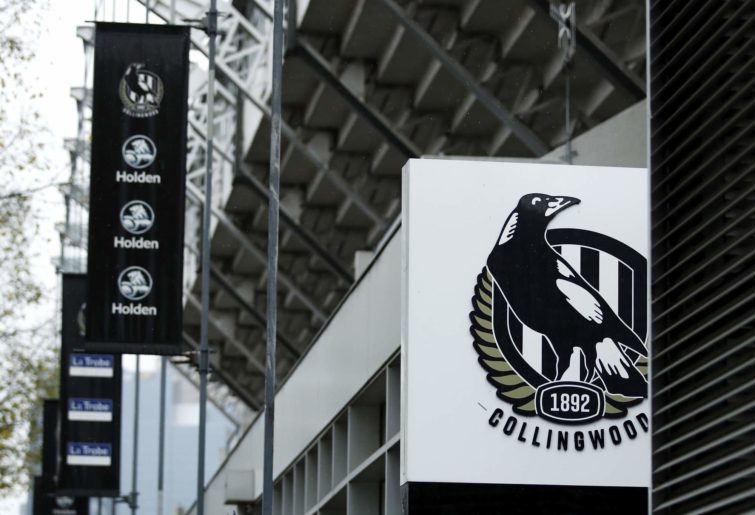 Then came the real mega trade of 2021, with Melbourne, St Kilda, Adelaide and the Western Bulldogs involved in a four-way trade that came down to trading three fourths and a fifth-round pick to get the deal done, with the Saints fronting pick 49 in return for the three fourth rounders.

The obvious benefits were to the Demons, Crows and Bulldogs, who all found advantage in the trade, but with St Kilda getting such scant return their involvement seems baffling.

But here’s the thing. St Kilda’s 2021 next generation academy group is stacked and they are now a little worried that Marcus Windhager or even Mitchito Owens could be poached in the first round without the ability for the Saints to match under new next generation academy rules, while Jack Peris, son of Nova and the late Daniel Batman, is another who may only require a late pick to find his way to Moorabbin.

St Kilda has preserved all of their future picks and has the Crows’ future fourth, so look for them to be trying to secure some more mid-round picks to use to match bids and even buy back in if they use up all their points on the first couple of players.

The much maligned Will Brodie trade had three fourth-round picks involved, which seemed superfluous to a deal that already gave a picks and points advantage to Fremantle. However, as the Suns didn’t need their pair of fourth rounders this year, they became steak knives in obtaining the future picks they desired to resume their own bid matching next year as well as dumping a salary that was going to cost them $600,000.

In addition to those fascinating trades, North Melbourne asked for a future fourth to settle the Robbie Tarrant/Callum Coleman-Jones trade, Geelong wanted the same to accompany Jonathon Ceglar in exchange for their future third and then they sent their own future fourth with Jordan Clark to Fremantle, while the Suns’ future fourth-round pick that started trade week’s first deal wound up getting sent on with Max Lynch from Collingwood to the Hawks.

Clearly, these picks have some value or they wouldn’t factor into trades so much, but some clubs have no use for them because they aren’t historically reliable as speculator picks that late in any draft nor can all clubs use that many picks.

Nonetheless, the fact that even fifth-round picks changed hands this year suggests that list managers at certain clubs are eager to stockpile late picks while others want such picks for next year, while others still are trying to offload them and finding some value for them where most observers can see none.

Bid matching has much to do with these late picks becoming valuable again as they haven’t been since the early years of the draft when list sizes were huge and clubs picked as many players as they could well past the sixth and seventh rounds.

While some clubs are really just hoping that having that extra selection will deliver a quality player against the odds, the thing driving the increase in acquiring late picks is both to do with bid matching club-tied players and the compression of the middle rounds of the draft due to picks being burned as the top rated club-tied father-son and academy players in the draft are bid on and claimed.

To most people, this compromise of the draft seems to be an imposition because it moves early-round picks back several spots. However, with the trend of clubs trading back into the 40s and 50s to build points for bid matching, what in fact happens to later picks is that they only hop back one spot when a bid is matched and then the pick climbs up the order by as many spots as picks chewed up by the points required.

Multiply this effect several times over and what you have is certain late picks coming in a long way from their original value as club-tied players have their bids matched with multiple picks for the points required that are subsequently removed from the draft order.

The later this occurs into the fourth round, the more clubs begin to pass on their remaining selections as they use up their available list spots and picks start to come up the order, in some cases by more than 20 or 30 places.

In coming weeks, myself and another Roar regular will be analysing previous drafts to demonstrate this phenomenon and prove this hypothesis with hard data, at which time we will attempt to predict how the fourth- and fifth-round picks highlighted in this article will be deployed to best effect.