I had foreshadowed comparing their respective financial power, but will cover this in a separate article, along with the evolution of the two sports’ statistics and umpiring.

A more ‘gentlemanly’ game?
Cricket traditionally prides itself as the pinnacle of good sportsmanship, with such customs as accepting the umpire’s decision, clapping opposition batters’ centuries, walking on getting caught behind and so on.

Some of these have eroded over the years with more verbal aggression on the field, but cricket has mostly stayed above the rough and tumble of baseball, with its scenes of bench-clearing brawls and managers yelling at umpires.

The ugliest brawl in Major League Baseball took place in 1965 between the San Francisco Giants and the LA Dodgers. It followed a series of tit-for-tat balls thrown at or near the batters on both sides, initiated (over a trivial incident) by Giants pitcher Juan Marichal.

Matters came to a head when, with Marichal at the plate, Dodgers catcher John Roseboro’s return throw back to pitcher Sandy Koufax ‘buzzed’ Marichal’s ear. Marichal yelled at Roseboro, who stood up with his fists clenched. Marichal then struck Roseboro twice on the head, opening a two-inch gash that required 14 stitches. A 14-minute brawl between the two teams ensued. Marichal was suspended for eight games (only two starts for a pitcher); there seems to have been no question of eight months in gaol.

Luckily Javed Miandad didn’t follow through with his bat with in response to Dennis Lillee’s stray boot in 1981. There have been a few other heated cricket incidents with shoulder bumps, shirt pulls and near things – Gautam Gambhir vs Shane Watson, Shane Warne vs Marlon Samuels, Rabada vs Smith, Warner vs de Kock. But most, like Steve Waugh’s 1995 contretemps with Curtley Ambrose, have been defused. I can’t think of any case of international cricketers coming to blows, but readers may enlighten me.

Umpires under fire
Scenes of baseball managers or occasionally players in heated arguments with umpires, pointing and yelling at them at close quarters, still happen quite often. They almost invariably end with the manager or player being ejected from the game, but seldom suspended.

On one occasion caught on film in 2019, New York Yankees manager Aaron Boone was ejected after one too many snipes at rookie umpire Brennan Miller for giving unfavourable strike zone calls against Yankee batters, yelling “F**king get better now Brennan, let’s f**king go”.

Boone’s ejection and angry follow-up exchange, with close-quarters commentary on Miller’s judicatory skills were captured on video. More than a few grade cricketers have had to suppress similar outbursts in response to LBW decisions:

Here is the full sequence of the Boone ejection. Hot mics galore. pic.twitter.com/R6Vw0qw0qn

There can be a method to the madness of arguing with umpires to the point of ejection. A manager might do it to forestall one of his best players being ejected when about to lose his cool.

At other times, they do it simply to stick up for their team. Even if they think the ump got it right, they might put on a show and act angry to deliberately get tossed, just talking nonsense. LA Dodgers manager Tommy Lasorda stormed out of the dugout after a disputed decision and started ranting about an Italian restaurant and how the wine was bad. He told the umpires, “Hey, you have to throw me out, because I have 48,000 people in the ballpark.”

There have been a few occasions where MLB players have thrown bats or helmets towards umpires, but I can’t find instances of them going as far as West Indian Colin Croft’s shoulder charge on Kiwi umpire Fred Goodall when coming into bowl in 1980.

Beanballs and bouncers
Bob Gibson, another 1960s Hall-of-Famer (like Koufax and Marichal!) had one of the fiercest reputations for throwing at batters. Willie Mays said Gibson would “throw at his own grandmother if she dared to challenge him. Don’t stare at him, don’t smile at him, don’t talk to him. If you happen to hit a home run, don’t run too slow, don’t run too fast. And if he hits you, don’t charge the mound, because he’s a Gold Glove boxer”.

Amazingly, in the history of MLB only one player has ever been killed by a pitched ball striking him in the head (in 1920). Retaliatory beanballs were usually aimed at near the body or behind it rather than at the head, sparked by a variety of real or perceived slights.

While internationally throwing at the batter is against the rules, umpires for a long time often turned a blind eye to what was regarded as part of the game. But it is now frowned upon, with greater concern about injury – helmets protect the side and top of the head but not the face – with the rule enforced more strictly, offending pitchers get ejected.

Another flashpoint in baseball, baserunners taking out and sometimes injuring fielders with legs or spikes as they slide into a base, has also been severely restricted since 2016.

Bodyline cricket has frequently debated short-pitched bowling, usually when someone has been hurt badly.

The only recorded instances I can find of players dying after being struck by a ball in first-class cricket were Nottinghamshire batsman George Summers in 1870 and Phil Hughes in 2014. There have been a few more in club cricket.

In cricket, bowlers usually show great concern and sympathy for hurt batsmen. In baseball, pitchers conventionally don’t show the slightest concern for stricken batters, even if – as is usually the case these days – they did not intend to hit them. Which, I wonder, is the more honest approach?

Sledging, trash talk and etiquette
Baseball’s long tradition of trash-talking and barracking from the dugout is similar to the barrage of noise from the slips cordon and fielders that has become more pervasive since the 1980s, though rare in earlier times.

However, trash-talking in baseball on the field itself is pretty rare at the top level. Distracting the batter is considered against the unwritten rules, enforced by the threat of retaliatory pitching. Pitchers do not talk to batters to intimidate them or out of frustration. In general, today you are far more likely to see opposing MLB players having a friendly chat while next to each other on base rather than any kind of aggro.

It’s also taboo in baseball to give a send-off to a batter who has struck out or for a batter who hits a home run to celebrate too effusively (except for winning runs). But modest celebratory bat flips or fist pumps are much more accepted now than they would have been in Bob Gibson’s day, as long as they are not directed towards the pitcher.

Fielding celebrations are generally much more muted in baseball. Even the most brilliant catches or fielding plays don’t get much more than a nod or raising of the cap in acknowledgment, as if to say, that’s no big deal, that’s what we do.

Cricket was more like this 50 or more years ago, with great catches or wicket-taking being greeted with a firm handshake or pat on the back, rather than triumphant celebrations, kisses, hugs or aeroplane imitations. 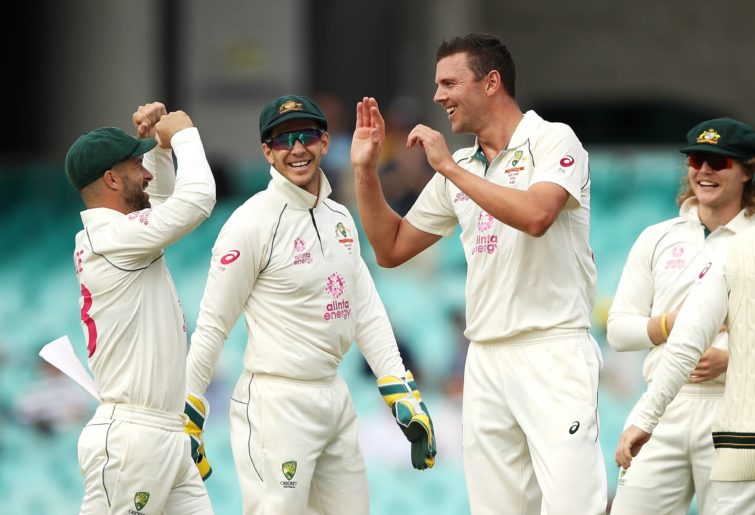 In contrast to cricket, MLB baseball has a strange practice of players not shaking hands or otherwise fraternising with the opposition at the end of the game.

Gambling
Gambling and bribery controversies cropped up a few times in the early history of baseball. Most infamous was the 1919 ‘Black Sox’ scandal, involving eight members of the Chicago White Sox accused of throwing the World Series for money. These players feature in the Kevin Costner movie Field of Dreams.

MLB thereafter cracked down strongly on gambling until 1989, when Cincinnati Reds legend Pete Rose, who played more games and had more hits than anyone in MLB history, was banned permanently in 1989 for betting on games as both a player and manager.

Cricketers who have made the headlines over gambling-related offences, alleged or otherwise, include Hansie Cronje, Chris Cairns, Mohammad Amir, Shane Warne and Mark Waugh. Of course, Dennis Lillee and Rod Marsh never faced a penalty for putting a few quid on England to win at 500-1 at Headingly. In MLB this would have earned a one-year suspension at least.

Substances in bodies
A handful of Pakistanis and others have copped bans for steroid use in cricket, while others such as Ian Botham got into trouble for cannabis use. Shane Warne was infamously suspended for taking a diuretic, which he insists was an innocent mistake.

Drug use in baseball has been a much bigger problem. After a few stories about amphetamines over the decades, the big scandals came in the 1990s and 2000s over steroids, which batters in particular used to build strength and home-run hitting power.

The reputations of some of the sport’s biggest names, such as Barry Bonds, Alex Rodriguez and Mark McGwire, were permanently tarnished. After Congressional hearings and the BALCO scandal, which also snared track-and-field athletes like Marion Jones, MLB enacted a much more stringent regime in 2005. Since then, more than 100 players have been suspended for varying periods, many for 80 games (half a season) or more.

Substances on balls
Pitchers’ use of various substances that give baseballs extra curve and dip through the air has been a recurring theme in baseball, like the application of sandpaper, bottletops, mints and pocketfuls of dirt to aid reverse swing in cricket. 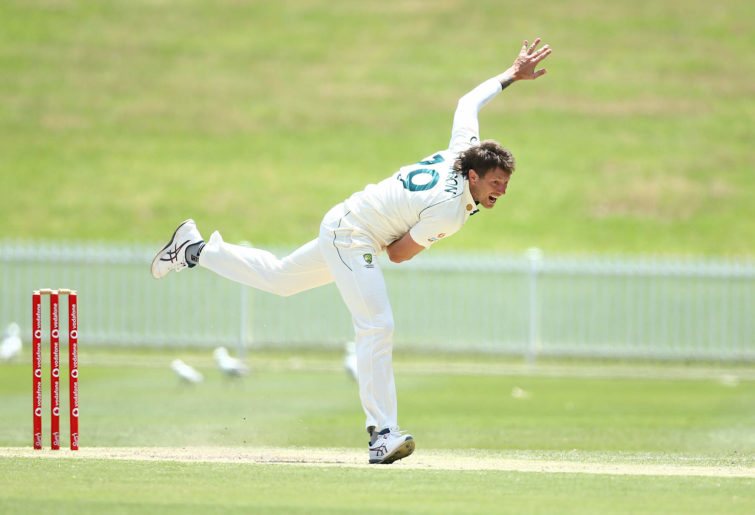 Unlike in cricket, pitchers are not supposed to put saliva on balls. But it was hard to detect spitballs or application of mud, soap, vaseline and pine tar, and there was little appetite to crack down on it until earlier this year.

Concern about use of a waxy substance called Spider Tack, and the growing frequency of batters swinging and missing, led to an MLB edict in June instructing umpires to regularly checking pitchers’ gloves and uniforms for signs of naughty stuff, the manner of UN weapons inspectors.

Sign-stealing
Another recent controversy, unique to baseball, surrounded the Houston Astros stealing signs during their victorious 2017 season. It is up to the fielding team to protect the hand signals from catcher to pitcher to decide on the next pitch being seen by the opposition, notably by a runner on second base. But use of mechanical or electronic devices to steal signs or communicate them to the team is illegal.

The Astros were found to have used illegally used a video camera system to steal signs. They were fined heavily and their manager and CEO suspended, although they did not lose their World Series title. If they make it to this year’s World Series, starting 26 October, and again face the LA Dodgers (still sore about losing to the Astros in 2017) things could get spicy.

It is no surprise that some of the biggest controversies in both sports have revolved around money, including World Series Cricket and baseball players’ strikes. I’ll touch on these in the next article covering money and the evolution of the two sports.