The Hurricanes have also lost international players Chloe Tryon and Hayley Matthews. Brooke Hepburn has retired, and Emma Flint is on maternity leave.

Other players who played for the Hurricanes in WBBL06 who will not return include New Zealand international Hayley Jensen, Erika Kershaw and Emma Thompson.

Former New Zealand wicketkeeper Rachel Priest in her second year as a Hurricane will be Hobart’s new captain. Priest has scored 1764 WBBL runs, including 354 runs last season for the Hurricanes. Her highest score in WBBL06 was 92 not out.

Nicola Carey’s all-round talents will again be on display for the Tasmania side. Carey has scored 910 WBBL runs and taken 86 wickets, which is fifth on the WBBL wicket taking list. Carey has taken 15 wickets in 21 T20Is and 16 wickets in 20 ODIs.

Belinda Vakarewa was a great recruit for the Hurricanes from the Thunder for WBBL05. She took 20 wickets and won the Hurricanes’ Most Valuable Player. In WBBL06, Vakarewa took only eight wickets, so Hurricanes fans will be hoping to see her return to her WBBL05 output.

The Hurricanes signed former Thunder batter Naomi Stalenberg for WBBL06. Stalenberg has scored over 1000 WBBL runs and scored 162 runs in her first season with the Hurricanes. 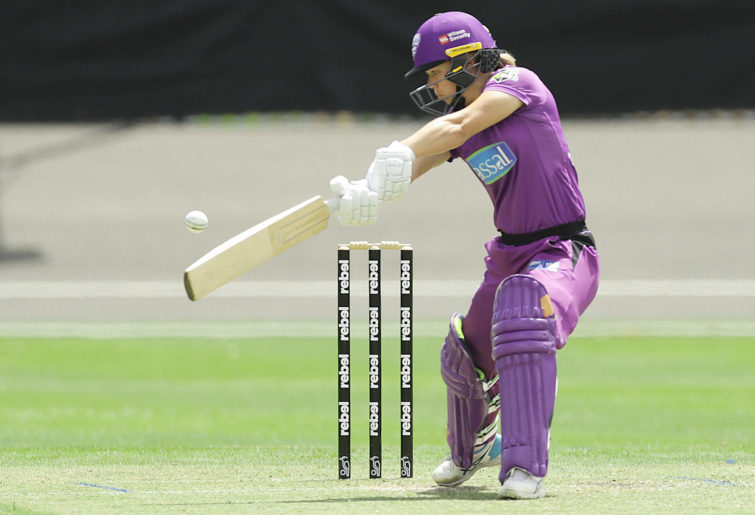 Hobart have made a couple of big signings this season. They have signed the all-time leading wicket taker in WBBL history, Molly Strano, from the Renegades. Strano has taken 104 wickets and is the only player to have taken 100 WBBL wickets.

Another new recruit is South African dynamo Mignon du Preez, who has previously scored 1498 runs with the Melbourne Stars.

The Hurricanes also recruited another South African, Lizelle Lee, however Lee has decided to take a break from WBBL07 after being on the road for an extended period. To replace Lee, the Hurricanes have signed teenage Indian star Richa Ghosh. Ghosh has scored 168 runs in 12 T20Is and has played three ODIs.

There will also be effectively another two new recruits for the Hurricanes with Tayla Vlaeminck and Maisy Gibson returning after missing all of WBBL06 with injury. Vlaeminck, the young pace tyro, has taken 14 wickets in 19 WBBL matches, 13 wickets in 14 T20Is and seven wickets in eight ODIs. Leg spinner Gibson has taken 50 wickets in 52 WBBL matches.

Two teenagers have been added to the squad in Ruth Johnston and Angelina Genford. Johnston scored more than 800 runs last summer in Queensland’s Premier League competition. Genford is a pace bowler who hails from Sydney.

New recruit from the Sydney Thunder Rachel Trenaman will unfortunately miss WBBL07 due to an ACL injury. At the time of writing, I have not seen any announcement from the Hurricanes in relation to a replacement player for Trenaman.

New recruits Molly Strano and Mignon du Preez, along with the return from injury of Tayla Vlaeminck and Maisy Gibson, should see the Hurricanes improve on WBBL06. Although, I don’t think this improvement will be enough to challenge for finals.