Brad Haddin, who’s just returned from a coaching role in the IPL, says Australia could come to regret leaving Nathan Lyon out of the T20 World Cup squad that launches its campaign against South Africa on Saturday.

Australia has opted for three spinners in the 15-man squad with Glenn Maxwell offering a fourth part-time option.

Haddin is an assistant coach of Sunrisers, the team which controversially left out David Warner, and was reflecting on the competition on the same wickets to be used at the T20 World Cup.

“An interesting selection. Having been over there, we’ve got three spinners who go exactly the same way,” Haddin told the Bowlology Report podcast, where he joined host Damien Fleming and batting legend Michael Hussey.

“Nathan Lyon in that squad could have played a role. Not every game but in T20 you talk a lot about role play.

“We come up against West Indies in our pool, they got a lot of left-handers in that team. Someone like Nathan Lyon could have played a really big role in that match.

“To get through that group stage can sometimes be the hardest thing to do so.”

Hussey agreed that Lyon’s non-selection could prove one they regret.

“Maxwell can probably help out by spinning it the other way but he’s certainly not in the same class as Nathan Lyon,” Hussey said.

Haddin said Australia would have to play two spinners, and he would opt for Mitch Swepson as one of them, ahead of frontrunners Adam Zampa and Ashton Agar.

“Agar and Zampa have done an outstanding job for us for a long period of time but Swepson I reckon can beat the outside of the bat with his legspinners. The other two attack the stumps.”

Haddin is well placed to gauge the fitness of Warner, who was dropped by Sunrisers, although the former Australian keeper said the call was made above his head.

“His form we couldn’t really get a gauge on leading into the World Cup because he only played two games,” Haddin said.

“But his training habits were really good. He’s super, super fit, he was enthusiastic around the group which can be pretty tough, the circumstances that he found himself in.

“He’s a legend of IPL. He’s in the top three scorers, so for them to make a decision and it was above us, that he wasn’t going to be in the team, that was tough for him to take.

“From Australia’s point of view, he knuckled down a lot, really got into his training and he looks like he’s in good shape with where his game’s at. He did a lot of netting.

“It was just a disappointing way for that relationship to end because he’s given such a lot of success to the Sunrisers over a long period of time.”

Fleming added: “That’s good to hear about his body because I was worried last summer that that was the first signs of it actually starting to break down. We obviously want him for the Test series.”

Hussey and Haddin were both optimistic of the unfancied Aussies making a challenge for the trophy, and generally agreed with the big selection calls.

“I think we cover all the bases pretty well.

“It will be interesting to see which batting order they go for because Mitch Marsh did really well betting at number three in the previous couple of tours. But is that the best spot for him to bat or do you need someone like Steve Smith to come in and play the spin well through the middle?

“I’m going to be fascinated to see which way the Australian selectors decide to go.”

Haddin said Marsh should be a lock for three with Smith at five.

“Having had a look at the wickets and the conditions over there I think you have to go in with Mitch Marsh at three,” the former Aussie wicketkeeper said.

“I think the top four batters have to go really hard and try to take advantage of that early part of the game and if you lose a couple of wickets I think that’s ok.

“I would bring Steve Smith in at number five. Having a look at how the IPL played out, the conditions became a lot harder the back ends to manipulate the spinners. The one thing he’s really good at, and he sort of made a name for himself at the start of his career batting down there and closing out T20 games, is he can control that part of the game.

“If Finchy doesn’t come up with his knee you can move Wade up to the top and then Inglis can bat in the middle,” Haddin said.

“The one thing I really liked about Inglis is I watched him during the Big Bash last year he sort of overplayed his hand a little bit at the top of the order at the start the campaign but once he moved into the middle order with the Scorchers I think he really controlled the tempo of the game.

“He’s a real role player in the last five overs but Matthew Wade can play that role as well so I think he’ll get the first crack.”

Haddin said the recent IPL experience showed him the toss could be critical throughout the tournament.

“Dubai started getting a lot of dew come in so the wicket can change mid-innings. Sharjah, you didn’t want to be chasing runs there.

Both Hussey and Haddin felt Australia had the squad to make it to the final.

“I think for the first time in a long time we’ve got some options and some really good balance in the squad,” Haddin said.

“I like the fast bowlers. I like Mitchell Starc in a World Cup. I think he’s going to play a huge role up front with the new ball to get wickets. One thing I found on the wickets out there was the height of the bowlers made a difference.

“We’ve got Cummo, Hazlewood, who bowled really well for Chennai over there through the middle overs when they were tough. I think Australia will be disappointed they don’t make the final.”

Hussey added: “I’m pretty bullish. I think Australia can go all the way to the final.

“We’ve certainly got to have a bit of luck. We need that top four to have big tournaments as well but we’ve got a bit of X factor with the ball.

“They’re an experienced team now and they’ve actually played a fair bit of T20 cricket together and they all know their roles quite well and are quite settled.

“If they can start well, get used to those conditions as quickly as possible and get their confidence up, I honestly believe that Australia can go a fair way.

“There’s some pretty good teams out there. India on paper look like an unbelievable team. But I honestly reckon Australia – no ones giving us much of a chance but I think they can just sneak under the radar and hopefully get on a bit of a roll.”

Fleming tipped India and England as the favourites.

“India worry me because they’re coming straight out of the IPL,” he said. “But the problem a lot of the time is in World Cups is expectation. And for once, I think the expectations are lower on us. And a lot of it’s gauged on our squad that went to the West Indies and Bangladesh. But half of them are gone.”

For more thoughts of Fleming, Hussey and Haddin on the upcoming Ashes and some classic moments of series gone by download the Bowlology Report podcast 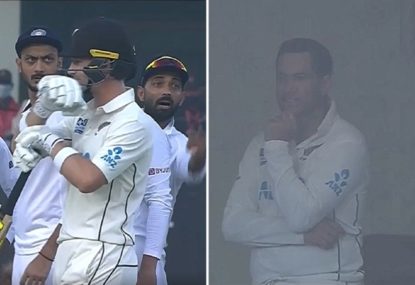