In WBBL06, the Sydney Thunder played the almost perfect game at the right time of the tournament, defeating the Melbourne Stars to win the title.

Knight was the Thunder’s leading run scorer in WBBL06 with 446 runs, Beaumont scored 209 runs and Ismail took 14 wickets, including a player-of-the-match 2-12 in the final, where she dismissed Elyse Villani and Meg Lanning. 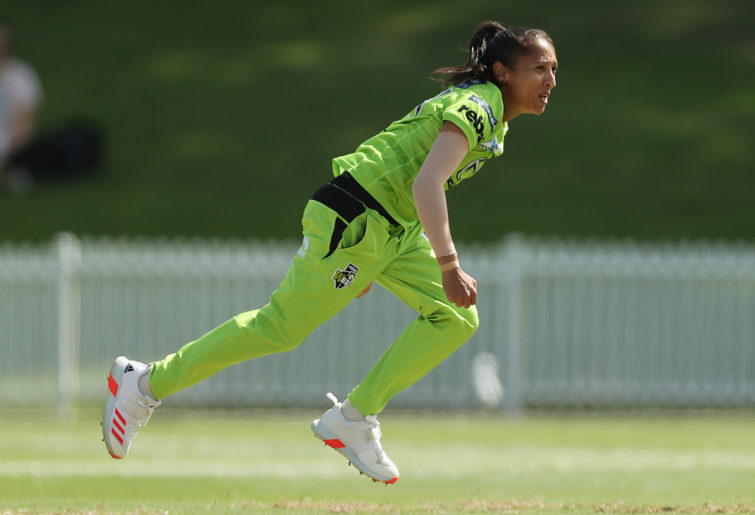 All three of these players will not be back to help the Thunder defend their title. Rachael Trenaman (Hurricanes) and Saskia Horley will also not return.

The Thunder have recruited Indian stars Smriti Mandhana and Deepti Sharma and England’s Issy Wong. Mandhana was the star of the recent Test match against Australia, scoring 127 in the first innings. Mandhana has scored 1971 runs in 84 T20Is and 2377 runs in 62 ODIs.

Sharma has played 57 T20Is for India, scoring 495 runs and taking 58 wickets, and 64 ODIs, scoring 1604 runs and taking 69 wickets. Nineteen-year-old Wong is one of England’s most exciting up-and-coming fast bowlers and is in England’s national training squad.

A great recruit by the Thunder in WBBL06 was Sammy-Jo Johnson. Johnson had previously won two championships with Brisbane Heat. Johnson was the leading wicket taker for WBBL06 with 22 wickets.

Nineteen-year-old Hannah Darlington is one of the rising stars of the Thunder. Darlington has taken 35 wickets in 27 matches. Darlington made her T20I and ODI debuts in the recent series against India. The Thunder have announced that Darlington will stand in as captain for Rachael Haynes.

Haynes has decided to put her family first after the recent birth of her son Hugo. Haynes is also currently rehabilitating a hamstring injury and hopes to be available later in the season if the state borders open up.

Sam Bates is another long-term consistent performer for the Thunder, taking 71 wickets in 75 matches at an average of 21.87 and an economy rate of 6.15.

After six seasons with the Hurricanes, Corinne Hall returns to NSW. Hall, who was Hobart’s captain, has played 81 WBBL matches, notching up 955 runs.

Another teenage star is Phoebe Litchfield. Litchfield has scored 360 runs in 25 matches. Nineteen-year-old Anika Learoyd was signed to a two-year deal prior to WBBL06 after scoring 541 runs in the 2019-20 NSW Women’s Premier Cricket competition.

The Thunder recruited off spinner Lauren Smith from crosstown rival the Sydney Sixers before WBBL06. Smith has taken 48 WBBL wickets in 89 matches. 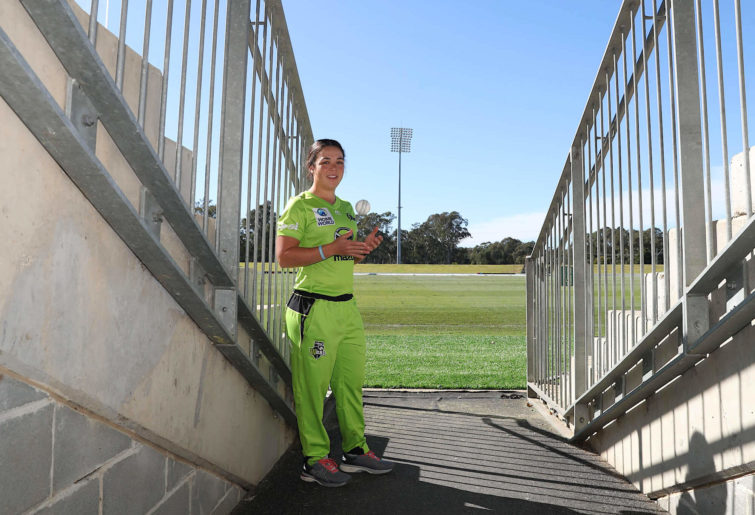 The Thunder have signed teenage pace bowler Jessica Davidson. Davidson will be hoping to play the opposition batters like she plays the violin.

Fast bowling all-rounder Olivia Porter has recently signed a new two-year deal with the Thunder. Porter was ruled out of WBBL06 with a leg injury. Following her rehabilitation from injury Porter made her WNCL debut for the ACT Meteors.

The Thunder have covered the loss of their three imports from last year very well. With the youth in the side, they are a scary prospect for their opposition for years to come. They will be involved in the pointy end of the season again.