The King of the World
Roar Guru
19th October, 2021
18
Join the conversation
Advertisement
Write for The Roar

With 211 games under his belt, let’s take into a theoretical perspective his ban never happened.

We can add 116 guaranteed games to his belt for Newcastle, seeing him with 327 games and playing the most games for the Novocastrians.

A lot of questions come to mind such as how much of a great halves partnership could we have witnessed with Jarrod Mullen and Mitchell Pearce.

As a halves pairing, they both could have truly brought the best out of each other on the field.

If we compare how much faster the game has gone from 2016 to 2021, considering if we look at some statistics, I will be able to question if 34-year-old Jarrod Mullen would have the fitness or ability to keep up with the modern-era players. 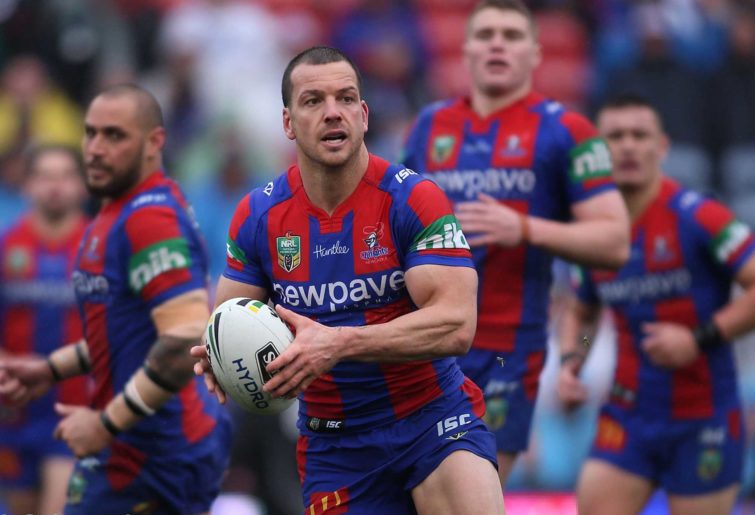 With all the new rules and quickness added to the game, I for one don’t think Jarrod Mullen will be able to compete.

There is no disrespect intended for him. He was a brilliant player. But he has nothing left to prove.

Maybe he could join the Knights’ halves coaching squad with Blake Green.

I remember when Jarrod Mullen debuted. He was overhyped as the next Andrew Johns.

One thing that grinds my gears is when a player is compared to being the next legendary player. No one is the next anyone, you are the first of yourself and your only competitor.

In the gym, if someone has got a higher deadlift record than you, don’t do all you can to match and beat them because that’s a disaster just waiting to happen.

I remember when a lot of halves were aiming to be the next Andrew Johns but instead of being anywhere near as good as the original, they were more like the Andrew Johns ordered from Wish.

So Roarers, I have had my say, so now it’s your turn. Will Jarrod Mullen be able to play in the NRL?