We are still a month away from the start of the 2021-22 A-League Men’s season, yet everything appears to be in readiness.

Squads look close to being finalised, barring the odd visa signing destined to add even more interest to discussions around the teams likely to contend.

Vaccinated fans are frothing at the mouth; eager to attend matches in person after such a long period of uncertainty and sponsors that have invested their considerable weight and coin in the competition will be keen to see an instant return, as well as signs that the future of Australian football does indeed look bright.

At the core of such investment is Network Ten, a free-to-air television station not scared to invest in the underdog and reap a long term benefit.

Other sports have been previous beneficiaries of such an approach and football fans right across the nation are hoping that the long-term vision the network has for the beautiful game comes with a sincerity and persistence that could see both parties win in the most emphatic of ways.

With a handful of Socceroo World Cup qualifying matches and a Matildas friendly against Ireland now under their belt, a flash new set that adds a touch of class and panache to Australian football broadcasts and some proven names seated behind it, the Ten commentary team has made a promising start.

Anyone interested in the game will have been impressed and also be hoping it is just the beginning of what will become a long and professional partnership between the free-to-air station and football, something the broadcaster has been consistent in stating since June, when its involvement was announced.

Fans across the nation called for Simon Hill to take on the lead commentators’ role. They received their wish. 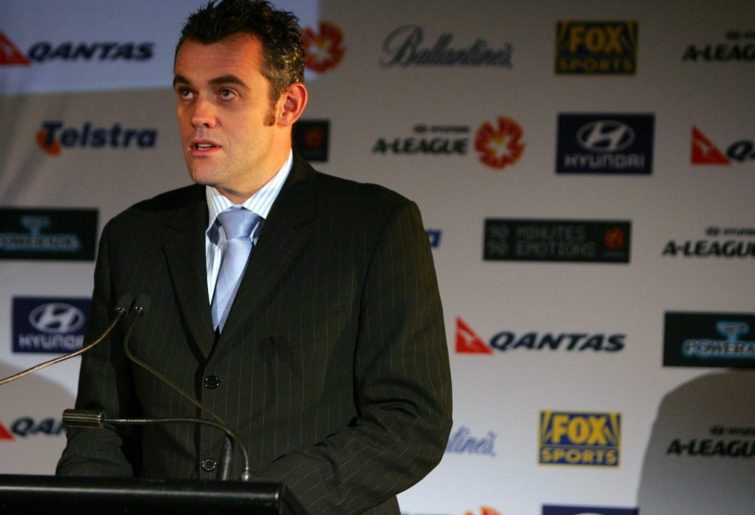 In the Socceroos matches covered to date, he has been joined in commentary by former Fox Sports colleague Andy Harper and together they have reignited their well-balanced partnership.

Together, they spruik a good game, with the balance between drama, comedy, understatement and accuracy fairly spot on most of the time. Alongside Amy Chapman during the Matildas friendly, a similar fluidity and cohesion was achieved.

Both were a far cry from the overstated and melodramatic nonsense so many football fans have become accustomed to from ‘jack of all trades’, Brenton Speed. Thankfully, I heard him calling the cricket last night and hope he remains there for some time and well away from football.

Hill and Harper took over the calling of the Socceroo qualifiers once the preambles had been completed in the studio. In that setting, Alex Brosque, Georgia Yeoman-Dale and Mark Milligan were impressive in their analysis and presentation. As was Bruce Djite whilst located remotely thanks to continuing pandemic restrictions.

Niav Owens’ hosting was as enthusiastic as it comes, perhaps a little too much so, yet her questions were mostly brief, pointed and well expressed, allowing the football experts to present their take on the match without interruption or restriction.

The jury is still out on Scott Mackinnon, with Owens appearing much more natural and engaging in what we have seen to this point in the broadcasts.

All in all, it has been a positive and refreshing start from Ten.

On Tuesday, the remainder of the team destined to bring the A-Leagues to our screens in season 2021-22 was announced, with a few familiar faces included and the odd surprise.

Alongside Hill, Harper, Yeoman-Dale, Brosque, Djite and Milligan, the network has procured the services of everyone’s favourite celebrity chef Archie Thompson, in a decision that should have the former Melbourne Victory and Socceroo star in raptures, considering some of the cringeworthy moments he has produced in recent years while armed with a microphone.

Announced as a permanent member of the team, former Matilda and Brisbane Roar defender Chapman brings a sound reputation as a competent caller to what will undoubtedly be a predominately A-League Women’s role and former Socceroo Luke Wilkshere will add immense knowledge and insight as another recently retired player.

Slightly surprising was the announcement that Tara Rushton had been poached from her previous employer to, no doubt, host the Saturday night pre-game, halftime and post-game shows.

Those will be priorities for the network, irrespective of the number of people who take up the Paramount+ app and stream matches across the remainder of the weekend, with Rushton’s involvement key to the success of the broadcasts.

Reflective of a broad age demographic? Yes. Is there scope for a slightly left field member (you all knew I meant Archie) as well as a more technical and stern approach to broadcasting? Indeed.

No doubt there will be a few disappointed that Harper is involved, considering the consistent negative sentiment he draws from some. Others may be a little peeved that too many Fox Sports folk appear to have reconvened, whilst Thompson will surely cop the odd jibe based on what we have seen in the past.

However, it looks a young group, knowledgeable and most importantly, a collection of people passionate about the A-Leagues.

Whether people agree or disagree with its make-up, the one thing we can say about the new commentary team is that it is very Australian, filled with people invested in the local game and all keen to see the competitions flourish.