Last year, Trekking backed up from his fourth-placed finish in The Everest to run in the Manikato, but no such horses are doing the same this time around.

Still, while the field may be considered somewhat thin for a Group 1 weight-for-age event, there are three individual Group 1 winners in the field, and another four that have been placed at the level. That’s over half the field.

Savatoxl is one of the Group 1 winners, having taken out the Goodwood earlier this year, and is likely to saddle up as favourite accordingly. A winning machine who is now being trained exclusively as a sprinter, he returned with a gritty win the Schillaci, and is expected to have derived great benefit from that first-up performance.

Bella Nipotina was right on the flanks of Savatoxl in that Schillaci, and perhaps wasn’t quite as suited back to 1100m after a couple of 1200m runs, so she’ll prefer being back at that trip. She’s had a great campaign already rising through the grades, and more than deserves her chance at Group 1 level. Her burst of acceleration is something to look out for.

Express Pass beat Bella Nipotina by a couple of lengths at this track and trip two starts back, and meets her two kilos worse for it now. That was on a soft track too, which may be relevant on Friday night. He followed that win up with a rock solid performance in the Bobbie Lewis to argue that he’s come back in his five-year-old season better than he was at four.

La Mexicana is another that has her form tied into Bella Nipotina, unable to match that mare in the How Now having been wide on pace. She’s relentlessly honest, but is starting to develop a habit of finding one or two better each time, and this is the stiffest test she’s faced.

Away Game is the forgotten mare in this field, at outrageous odds of $26. Already this campaign she’s had the likes of Bella Nipotina, Express Pass and La Mexicana behind her when running well in various black type events.

She flopped in the Gilgai last start despite being hard in the market, and hasn’t been forgiven for it. She’s enormous value if you are prepared to overlook a good horse a bad run.

Jonker was favourite upon resumption in the Bobbie Lewis, but was three lengths behind Away Game, who finished second behind Splintex there. 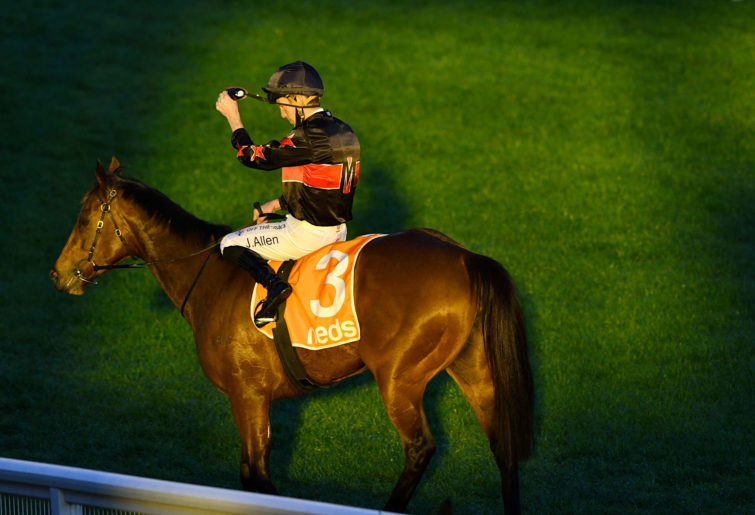 Jonker was then only moderate behind Masked Crusader and in the Premiere, albeit three lengths behind that horse may well be plenty for this. More has been expected of him this campaign after finishing his autumn prep with two Group 1 placings, but he hasn’t delivered on that promise yet.

Another forgotten mare is Swat’s That. She was on the speed three wide no cover in the Moir, a race that produced three Everest runners, after electing to go forward from a wide gate. She was a fine three-year-old, running placings in the Coolmore and Lightning, along with a top-five finish in the Newmarket. With plenty of pace engaged in this, she should go back from a wide draw and can sweep around them with the rail in the true.

Lombardo is the fresh horse on the scene after three wins on the bounce progressing through the grades. Winning a listed race on the minimum is a long way from Group 1 WFA, and it appears that dry ground brings out the best of him, which he may not get this time. He’s tough to line up, but draws to get the perfect run.

Streets of Avalon and Despatch are two old Group 1-winning warhorses that front up here. The former does enjoy the Valley and has won a WFA race at the 1200m course here but may not have the sprint in his legs, while the latter is first-up after 12 months off and two and a half years between drinks now.

At the other end of the spectrum, a trio of three-year-olds are contesting this race.

Ingratiating had been looking Godolphin’s Coolmore horse until Paulele’s spectacular Sydney form, and he was ordinary in the Danehill last time out. He’s never seen Moonee Valley but loves Caulfield so should handle it well, and his two-year-old form was right there with Anamoe and Artorius. He’s short enough though.

Sneaky Five hits this race at only her fourth start, having won her first three. She swamped stablemate Crystal Bound first-up when not expected to do so, and we really don’t know where her ceiling is.

Crystal Bound was second-up in that race behind Sneaky Five, and still had improvement to come, having had this as her target all along. The start before she had Dosh just behind her, which is the filly that Savatoxl just nailed in the Schillaci, so there’s a nice line to be drawn there given he is favourite in this.

There are at least seven horses engaged here that would be happy to sit in the first four, and another couple that have done so in the past when the chance presents. Several of these are genuine speed horses, so it could well be burning up front early.

Then it’s a matter of which horses can stick on, and can something weave its way through or swamp them out wide from the back. So many of these Moonee Valley Group 1s have a length or two covering eight runners.

Then we have the complicated factor of a dry week with rain expected to fall during the meeting. Track staff may leave it firm, but if the rain doesn’t fall it will play to leaders. If they do decide apply enough water and the rain comes a bit earlier or heavier, then it will cut out and swoopers should come to the fore.