Last week I introduced the POPE rating, a player value model which measures the average impact of every NRL player per 80 minutes of game time.

The original blueprint has been improved thanks to some very helpful feedback from Roar readers and further analysis on my part.

There are outliers and surprises; players who produce disproportionate value from a low work rate and players who do unusual things in small samples. But, broadly speaking, POPE aligns with the eye test.

These are the best players of 2021 in their respective positions, minimum 1000 minutes of game time, except for bench players.

Fullback: Tom Trbojevic, Manly-Warringah (910 POPEs)
Turbo Tom is an exceptional player, and an exception has been made for him.

Latrell Mitchell (1015 POPEs) is, statistically speaking, the most impactful fullback in rugby league. But he’s an extreme outlier. His work rate is just 60 per cent of Trbojevic’s.

Latrell is extraordinary but work rate and performance under fatigue must count for something. Turbo’s 188 run metres and 7.6 tackle busts per 80 minutes trump Mitchell and were much harder to come by.

Winger: Josh Addo-Carr, Melbourne (834)
No surprises here. The ‘Fox’ is a metre-eater coming out of his own half, can score a try from anywhere and makes very few mistakes.

Can he keep it up at Canterbury? 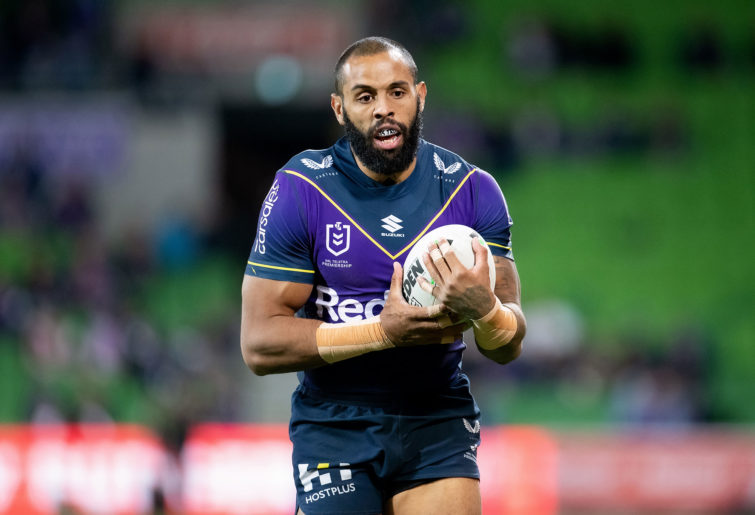 Centre: Justin Olam, Melbourne (628)
The protector and enabler of Addo-Carr on Melbourne’s left edge. He’s out of contract at the end of 2022 but does have a club option. He’ll get some very good offers, very soon.

Olam’s run metres and tackle busts are what sets him apart from most centres. He misses quite a few tackles but probably makes up for it with the ferocity of his overall defensive contribution.

Centre: Jesse Ramien, Cronulla-Sutherland (625)
A bit of a surprise here. It’s hard to pinpoint an outstanding strength in Ramien’s game, but nor is there a glaring weakness. He doesn’t quite match Olam’s work rate but is just as effective at busting tackles and even better at line breaks and offloads.

Winger: Alex Johnston, South Sydney (861)
Brian To’o is all about volume; he wears you down. There’s value in that, but not necessarily impact. Alex Johnston’s all about the decisive moments. He’ll finish as one of the best of all time.

Five-eighth: Cody Walker, South Sydney (596)
In a down year for Cameron Munster, and with Jarome Luai still learning, Walker won this easily. He matches up to every other elite half in the NRL in most categories and then blows them away when it comes to engaging the defensive line – try assists, line-break assists and tackle busts. Halfback: Jahrome Hughes, Melbourne (586)
Hughes is a much stronger ball runner than Nathan Cleary and an underrated ball-player. He’s become an elite halfback.

However, I suspect this one was decided after an injured Cleary started running the ball less and missing more tackles late in the season. I’m happy to be corrected in 2022.

Prop: Payne Haas, Brisbane (559)
Much has been said about the quality of the top six teams in the NRL and the flotsam and jetsam that is the remaining ten teams. Spine players are a big part of the disparity.

There seems to be an inverse relationship with the best props. I think it’s a question of depth. The best teams stockpile good and average props and invest elsewhere.

Payne Haas is the best prop in the game. He’s an outlier – in a good way. He’s volume and impact – his endurance must be not only conditioning but unusual physiology. He’s the most damaging ball-running forward in the NRL. Similar things were said about Jason Taumalolo and Andrew Fifita.

Another prop will turn up. Invest elsewhere. Just ask North Queensland and Cronulla.

Dummy-half: Brandon Smith (497)
The dummy-half position seems to be in flux.

The laws of the game anachronistically refer to a dummy half as the ‘acting halfback’. Teams took this literally when Cameron Smith was in his prime, throwing perfect long passes from the ruck to the edge. Who wouldn’t want that?

Most teams set up their attacking plays from an acting halfback standing flat and close to the ruck. Some players split time between the two positions. This was what Cameron Smith was doing in his later years. It’s what Brandon Smith is doing now, and he’s doing very well.

Of the perhaps dying breed of ‘acting halfbacks’, Reed Mahoney (461) is the pick.

Prop: Moeaki Fotuaika, Gold Coast (551)
He’s not as fast as Payne Haas and doesn’t look as cool, but Fotuaika’s not far behind in terms of impact. One could argue he’s got more upside because he makes more mistakes and misses a few more tackles. He’s signed for the next three seasons. Kudos, Gold Coast.

Second row: David Fifita, Gold Coast (645)
I’ve heard people talk about Fifita and use words to the effect of, ‘he could be an elite player but doesn’t work hard enough. He’s all potential.’

He’s an elite player now. His offload, tackle bust and line break numbers are off the charts. He’s not an outlier either.

Fifita’s knockers are right in a way. The scary thing is there’s room for improvement. His defence is the obvious area. Brisbane supporters are probably still having nightmares about the season Fifita and Darius Boyd defended Brisbane’s left edge.

Just think what could happen if Fifita formed a symbiotic relationship with a playmaker, like Cliff Lyons and Steve Menzies, or Johnathan Thurston and Gavin Cooper. Finding that playmaker will be harder than Fifita finding his potential.

Lock: Isaah Yeo, Penrith (508)
Yeo won a very tight race with Cameron Murray and Dale Finucane because of his high work rate and not making many mistakes or missing many tackles.

Bench prop: Nelson Asofa-Solomona, Melbourne (567)
Some teams rotate their props in and out of the starting line-up. Most carry a player like Asofa-Solomona who comes into the game and plays at high intensity in short spurts. Big Nelson is the best by a long way.

Bench second-rower: Jack Williams, Cronulla (492)
Bryce Cartwright scored higher than Williams but played far fewer minutes. Williams plays big minutes for a guy who mostly starts on the bench, busts tackles, makes plenty of them himself and can fill in as a middle forward when needed.

Bench utility: Connor Watson, Newcastle (515)
Watson is a hybrid half-dummy-half-lock. That’s what the numbers tell you as well; he’s a strong defender and effective facilitator. He might just be a modern Brian ‘Poppa’ Clay. There’s no higher praise as far as this Dragon is concerned.

Utility back: Joseph Manu, Eastern Suburbs (587)
I suspect Manu’s overall numbers were affected by being regularly shifted between positions, and the general carnage going on around him at Easts. He’s ideal for this role.