The Roar
25th October, 2021
23
Join the conversation
Advertisement
Write for The Roar

Stokes, who has battled mental health issues and undergone surgery on a fractured finger, was originally left out of the touring party when it was announced earlier this month; but having been given the all clear by the England Cricket Board medical team, will head down under after all.

“I am looking forward to seeing my mates and being on the field with them,” the star all-rounder said in a statement released by the ECB.

Stokes’ inclusion is a massive boost for England’s hopes of regaining the Ashes urn. He has proved Australia’s nemesis since being a shining light in their 5-0 whitewash in the 2013-14 Ashes, scoring their only Test century of that tour. More famously, his unbeaten 135 in the 2019 Ashes at Headingley, to secure England an incredible one-wicket win, has been hailed as one of the greatest innings of all time.

However, Stokes hasn’t played any cricket since July, when he stepped away from the game citing mental health concerns. It meant he missed the England Test summer, featuring matches against New Zealand and India.

“Watching Ben Stokes play, he enjoys that Ashes contest as much as anyone,” said Haddin. “He enjoys getting into the Australians, he likes every bit about it. A lot of their intimidation and energy comes off the back of him.”

“This is great for the series because he is a genuine match winner,” Fleming added.

Hussey said: “It wouldn’t be easy for him, after he hasn’t held a bat for over six months and coming back from mental health issues. To come straight in and have a massive impact would be an unbelievable effort but I’m not willing to put it past him because we’ve seen what he can do on the cricket field.”

“Following a very successful operation on his finger and several conversations over the last few weeks between Ben and I, our medical staff and his management team, Ben called me to say he was ready to return to cricket and was excited about the prospect of playing a significant role in the Ashes series,” Giles said. 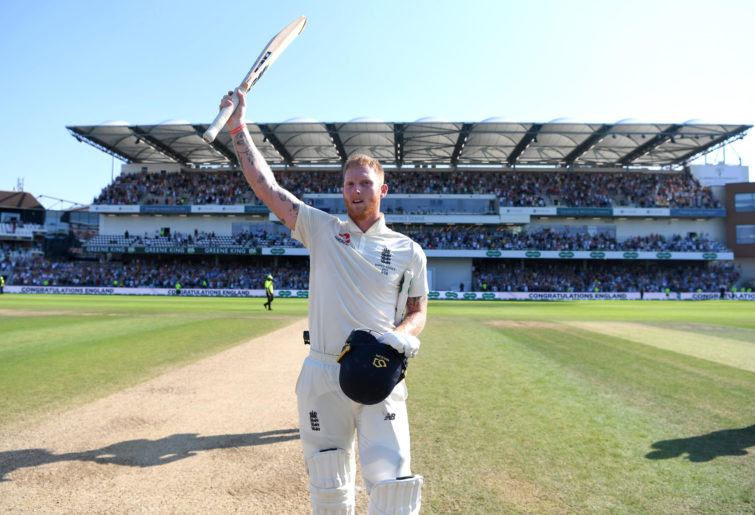 “Time and time again, Ben has demonstrated how important he is to the England team and having him available for the Ashes series is excellent news for all of us and, in particular, Chris (Silverwood), Joe (Root) and the rest of the players.”

Stokes will head to England with the rest of their Test-only players, as well as the England Lions squad, on November 4. The rest of the team will join them in Australia after their T20 World Cup campaign concludes.

Despite the news, Giles said Stokes will not be rushed back into the team.

“Having not played for some time, we will move forward cautiously over the next few weeks to ensure he is fully prepared across all facets of his game,” he said.

“Ahead of a very busy period of cricket, we continue to remain mindful of the stresses on all our personnel, and our primary focus continues to be the wellbeing of all of our players and support staff.”