Ben Stokes has declared himself ready to take on Australia after the superstar all-rounder was added to England’s squad for the Ashes.

Six months after injuring his index finger in the Indian Premier League, England’s best cricketer confirmed on Monday he was finally mentally and physically fit enough to return.

The 30-year-old’s injury required two surgeries – including one earlier this month – while he also took time out of the game for his own mental wellbeing.

Stokes admitted he was in a “dark place having difficult thoughts” after his finger injury and his feelings were exacerbated by bubble fatigue.

England had been considered rank outsiders for this summer’s series, having not won a Test in Australia for ten years.

But with Stokes in the side, the tourists are now genuine contenders again.

Stokes missed the last tour of Australia for off-field reasons, but was their one shining lights in 2013-14 when he scored a fourth-innings century in just his second Test.

In the past three years alone he has averaged 45 with the bat and 28.02 with the ball and is ranked second in the ICC’s all-rounder rankings despite his long absence.

His unbeaten 135 at Headingley two years ago to help England chase down 362 with one wicket to spare remains one of the great Ashes performances of the 21st century, and no doubt still haunts Australian players.

“I had a break to prioritise my mental wellbeing and I got my finger sorted,” Stokes said.

“I am looking forward to seeing my mates and being on the field with them.

In his Mirror newspaper column Stokes said he was “buzzing” for the Ashes and added: “I know I can focus again on playing my best cricket Down Under this winter.

“I probably didn’t realise just how much of an issue the finger was causing me until I got it sorted the second time around.”

Stokes said that he was also struggling with bubble fatigue, adding he was in a “dark place” with difficult thoughts.

He said talking to his wife, England captain Joe Root and professionals had helped him.

“I was always one of those people who wouldn’t talk about how they’re feeling and just keep it internal and crack on,” he said.

“I now realise talking is such a powerful thing and it has completely changed me.”

Stokes returned to the nets less than a fortnight ago, but said late last week he was back batting pain-free. 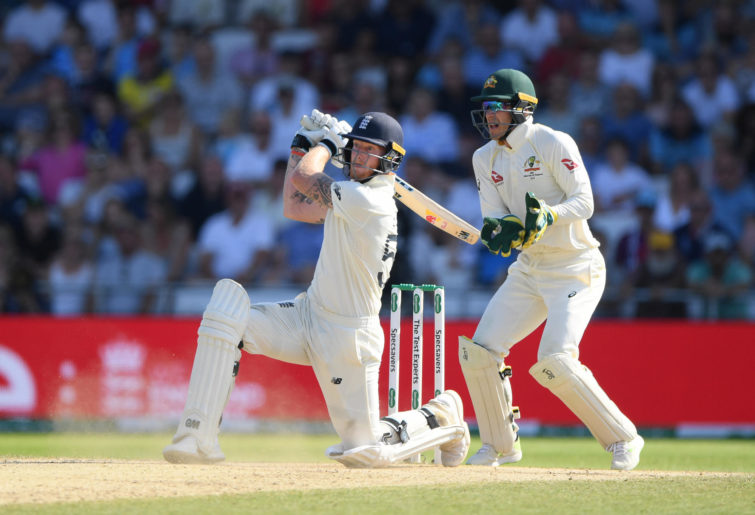 He will land in Australia next Thursday with the England Lions and Test specialists ahead of the series opener on December 8, after initially being unavailable for England’s original squad.

“Ben called me to say he was ready to return to cricket and was excited about the prospect of playing a significant role in the Ashes series,” England’s managing director of cricket Ashley Giles said.

“Time and time again, Ben has demonstrated how important he is to the England team and having him available for the Ashes series is excellent news.

“Having not played for some time, we will move forward cautiously over the next few weeks to ensure he is fully prepared across all facets of his game.

“Ahead of a very busy period of cricket, we continue to remain mindful of the stresses on all our personnel, and our primary focus continues to be the wellbeing of all of our players and support staff.”

Australia’s players had believed for some time that Stokes could feature on the tour.

Nathan Lyon was among those last week to say he would be welcomed, before Josh Hazlewood echoed those sentiments on Sunday.

“I’m happy if he if he comes out. He’s a class act and strengthens their team. It’s all the more competitive.”