Already signed to the club until 2023, Koloamatangi has been rewarded with a contract, which now runs until 2024 after becoming a regular starter for Souths over the last 18 months.

The 23-year-old, who started in the club’s grand final loss to Penrith, has played 37 games for the Rabbitohs and was a member of the NSW Blues’ extended squad for this year’s Origin series.

“We see Keaon as one of the cornerstones of not just our forward pack, but of our club, over the next decade so rewarding him with a further contract extension made sense,” football boss Mark Ellison said. 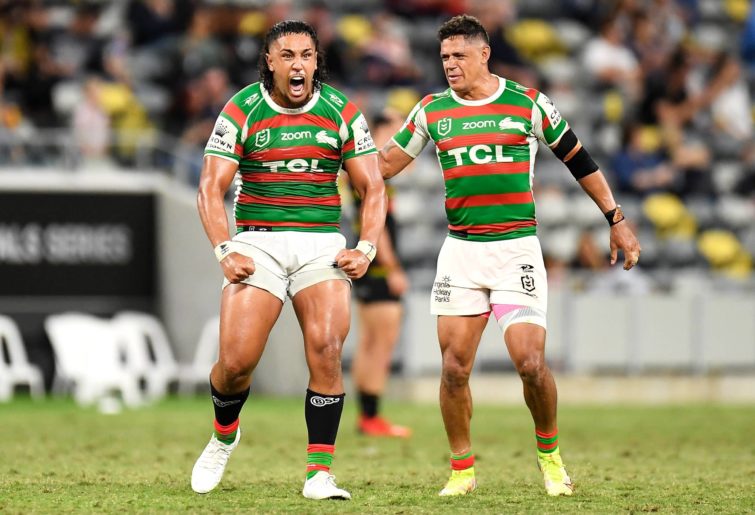 “He’s a South Sydney junior from the Mascot club, he has worked tirelessly to get himself into the position he’s in today, he is a popular member of the team and is a leader amongst the young brigade we have at the club.

“He has the respect of his teammates and the coaching staff, and importantly you can see he is a player that opposition sides worry about when he comes up against them.”

Koloamatangi’s extension ensures incoming coach Jason Demetriou will have a solid core of first-graders locked away for his start to life at the helm of the Rabbitohs.

The likes of Jai Arrow, Tevita Tatola and Campbell Graham are all signed with the club until 2024, while Alex Johnston and Cameron Murray have agreed to terms, which will keep them at Redfern until the end of 2025.

Elsewhere, former State of Origin forward Coen Hess will remain in North Queensland until the end of 2024 after inking a new two-year deal.

Hess was already contracted until the end of next year, but his new deal stops him becoming an option for rival clubs to approach on November 1.

In turn, it removes another Maroon from the Dolphins’ list of options when they are able to enter the market next week for their first season in 2023.

Hess said he had not considered testing his value, and instead opted to stay with the club he supported as a local junior.

“It’s always been an easy choice for me,” Hess said.

“This was the club that originally gave me that first opportunity and I’ve never looked back since.

“It doesn’t seem all that long ago that I made my debut, so yeah I’m really enjoying my time here.”