His time with Hibernian previously included over 50 goals in 100-plus games with current Socceroo Martin Boyle.

His colourful behaviour off the field appears to be the only blemish on a solid goal-scoring resume.

A video of Cummings swinging from a chandelier during Dundee’s messy celebrations after winning promotion last season made its way to social media and the Scottish papers.

Years before that, there was a video with professional wrestler Grado filmed at the Hibernian training ground.

Cummings is in his underwear and with tape wrapped around his head, he sings along to the famous Madonna song ‘Like A Prayer’

There’s also the infamous incident involving a piece of steak while on holiday in Dubai.

He has also proved to be a menace when the cameras are rolling as well, regularly walking past teammates semi-naked and breaking into a dance.

His after-match interviews have left many interviewers red-faced, with his no-nonsense response to questions.

His unsuccessful time at Rangers was best known for his famous tattoo on his right hand – a mouth complete with teeth and a tongue that he holds over his face when he scores.

Several of the young Rangers fans thought this was a great idea and followed suit in getting matching tattoos. 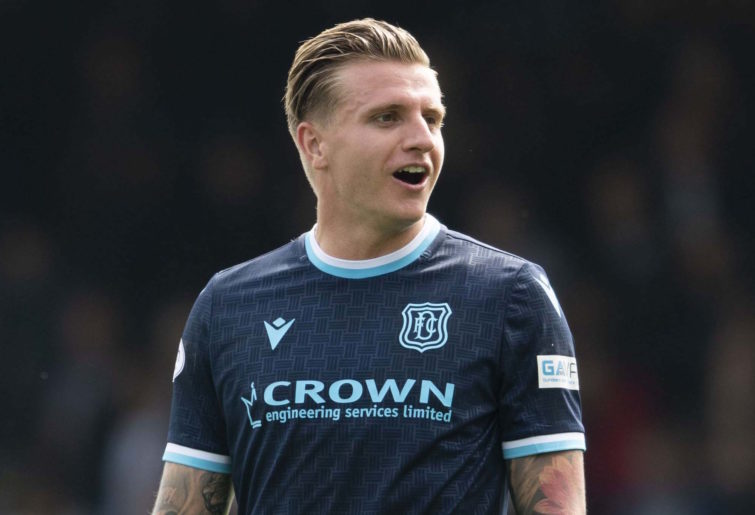 Then there is the unsavoury, naughty nickname that has stuck with him throughout his career.

Cummings has played in the lower leagues of England as well as Scotland and his flamboyancy on the pitch has been just as noticeable as off it.

He famously missed a Panenka penalty in regular time of a 2016 Scottish Cup semi-final, only to have the courage to step up and score the winning penalty in a shootout of that same game.

He has represented Scotland at various age levels and even taken part in friendlies for the national team.

However, Scotland have been reluctant to cap him for the senior team, more than likely due to his laddish behaviour and teenager-like banter.

Cummings has proved to be a popular teammate in the dressing room of every club he’s represented, all that’s missing is a coach able to help control his antics.

The Edinburgh hitman is an interesting proposition for Australia, especially when you look at the ineffective performances of the national team strikers.

Besides I’d love to try and understand a post-match interview with Harry Souttar, Boyle and Cummings all together.

Australia needs to gamble and take a chance on Cummings, like the famous saying there is no risk without reward.