Frankly, where we stand as a country leaves a lot to be desired in terms of eroding stereotypes, accepting all members of our communities unconditionally and reaching a final destination where the, mostly, religious bigotry that still permeates Australia is finally obliterated.

When those folk still holding archaic views on marriage and those refusing to acknowledge the genuine love expressed between people, regardless of their gender, are eventually forced into the bigoted minority and disrespected accordingly, a better country will Australia be.

Sadly, as a nation we appear to still be some distance away from that point.

As a constituent of one of the safest Liberal-National Party seats in Australian federal politics, I am constantly reminded of the distance required to travel for those not adhering to an outdated and traditional view of love, marriage and family.

The so-called ‘honourable’ member for the electorate of Mitchell, Alex Hawke, cheered on via social media when his Mitchell ‘crew’ nabbed a perilously close ‘victory’ in the 2017 marriage equality postal vote.

Mr Hawke acknowledged the overwhelming support of the ‘yes’ vote that saw decades of injustice righted for those people hoping to marry and become legally bound to the partners they had loved in supposed sin for so long. Yet, also took to social media to laud his ‘folk’ for refusing to buckle and achieving an effective ‘no’ result in the north-western Sydney electorate.

I invited him to my house for dinner to discuss the matter and the Federal Government’s stance on asylum seekers. Sadly, it appears there was very little chance of that occurring once he knew where I was coming from.

When Adelaide United’s Josh Cavallo’s statement appeared in my social media feed on Wednesday afternoon, the connection between his sexuality and the microcosm of Australia within which I live brought me to tears.

Instantly, Cavallo’s decision to announce to the Australian and football public that he was a gay man playing at the top level of the game was deemed as courageous, brave and full of fortitude. How sad a nation we are if a person announcing their sexual persuasion as being anything other than the supposed mainstream norm, is deemed to have courage and guts in doing so.

Until such an announcement is unconditionally accepted as natural, human and perfect, the proviso of it being such a courageous thing to announce will never be removed.

Cavallo was emotional, nervous and near broken in his statement. At times he wept and I wept with him. 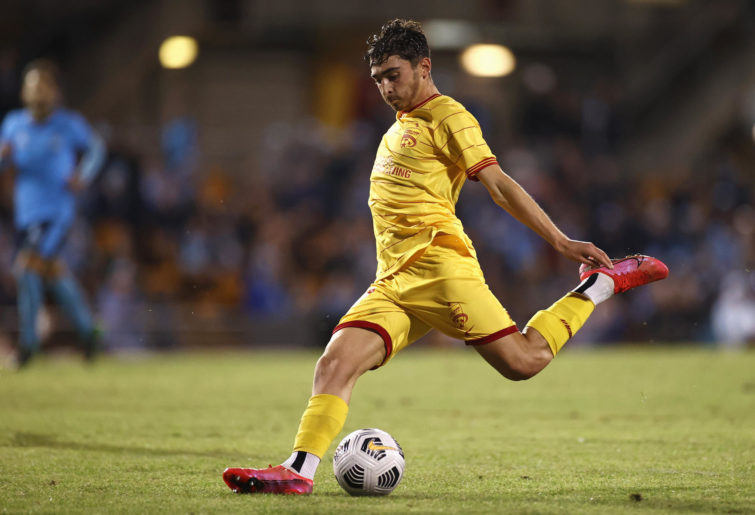 Thousands before him were never fortunate enough to get to the point where their natural instincts were ever allowed to be aired in such a manner.

Many athletes and people in general remain concerned by the ramifications of their ‘coming out’. They live the endless stress of uncertainty; always fearful that a statement declaring who they are as a person beyond the field of play or their employment situation could well have negative ramifications for them both professionally and personally.

Cavallo and the few that have come before him in men’s professional sport, have cracked a glass ceiling that calls for a sledgehammer to be taken to it in brisk time.

Whilst the Matildas enjoyed an emotional return to Australian shores this week and played a standard of football deserving of the plaudits they received, the sexuality of the squad appeared to have little impact on the emotional investment of the fans who chose to support them.

Everyone knows there are many gay players in the Matildas squad and frankly, few seem to care. Why would they?

Yet, the fact that a 21-year-old man should be reduced to tears and anxiety in 2021, when announcing his sexuality to the football world, is the saddest indictment of just how backward we remain as a society.

Perhaps the only positive to come from the announcement was Cavallo’s obvious emotion when discussing the “immense support” he had received from the broader football community.

Let’s hope he has a ripper season for the Reds, marches onto the field in a wave of applause and support from the home fans in his first appearance and pushes for an Olyroos spot over the next year or so.

But let’s also hope that people stop referring to his decision to announce his sexual preference as brave or courageous. After all, it isn’t.

It is just who Josh Cavallo is.