The Spring Tours are in various states for the southern hemisphere nations right at the moment – one is in progress, one is in a suddenly precarious state, and the other two are yet to begin.

But what can we do about it? And how much time do we have to do it?

In all honestly, there’s not much we can actually do, but talk about it.

And oh, how we can talk about it…

Question 1: What are you most concerned about, regarding your team, for the Tour? What are you seeing that you think needs urgent attention?

Brett
Negotiation methods with Japanese clubs, right at the moment!

When I first posed this question to the panel, I had attacking breakdown in my mind to answer this – and there’s certainly no question that this was an area lacking for the Wallabies last weekend against Japan.

But now that we know that Samu Kerevi definitely won’t play the next three Tests of the tour, the key priority is rebuilding the Wallabies game plan around the players who will now do the job.

On Tuesday in a comment, I said that Dave Rennie had to find “a game plan that plays to Hunter Paisami and the midfield and not require them to play like Kerevi.”

“Paisami obviously isn’t Kerevi, so let him be Paisami,” I said. 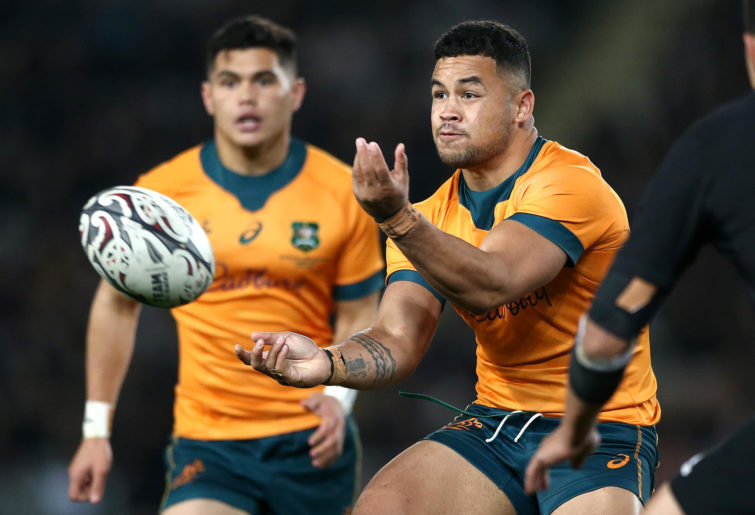 Now that Quade Cooper’s involvement is under a significant cloud as well (and the whole ‘he will withdraw’/’he hasn’t told the Wallabies yet’/’informed teammates he isn’t going’ reporting has become rather tabloid and undignified in the last few days, I must say), this point of mine is quickly expanded.

The Wallabies defence was still very good in Oita, so that shouldn’t be affected, but the biggest quandary right now will be to find a method of midfield attack that works to the strengths of the players, and doesn’t force them to play to a plan that worked last month.

So, who are the players fit and available, and what is the best way they can play in a way that will cause issues for Scotland next weekend, first and foremost?

Nobes
There are many things that worry me about Los Pumas for this series and its future in general.

Unlike previous years, the players are scattered in different places and with different realities. A few are in Argentina, several in Premiere League and Top 14, and a few in Italy. The lack of training together and the poor performance at the last Rugby Championship present a huge challenge for Mario Ledesma.

Lack of coordination and quality ball to produce attacks and sequences will be a difficult deficit to improve in this context. The set pieces must make a huge improvement if Los Pumas want to have a chance.

The good thing is that with this low expectation anything positive will be encouraging.

Digger
The All Blacks’ offensive breakdown, and maybe just the ruck in general.

From the set up I have seen so far this season, we expose ourselves and our continuity with ball in hand by not being both accurate enough, nor committing enough numbers.

This is an area I would dearly love to see some different systems employed by the All Blacks on this tour to address this and a higher output in terms of groundwork across our front eight.

Sides who have really attacked our rucks have caused us plenty of bother and really take the momentum out of our game; it is a key area to be fixed.

And now there are three. We can’t afford to lose another one.

All three have played big minutes in 2021 in big matches. I would rest EE and Lood against Scotland.

Geoff
With respect to the Wallabies, has our esteemed panel chief ever before posed such a timely question? Since dealing with the Brave Blossoms, things have turned sharply downhill for the Wallabies, and “concern” and “urgent attention” are indeed the order or the day.

Finding a 10, 12 and 15 and cover off the bench has suddenly become paramount. A debrief and new strategy on how to best balance all of the nuances around overseas player selection and availability will no doubt follow.

For the All Blacks there remains a concern that the balance between physical confrontation and swift ball movement isn’t quite set in the right position. That shouldn’t be a problem over the next fortnight, but Ireland and France will demand that the All Blacks pay due respect to the way their opponent plays, as well as their own style of play.

Question 2: And which one player are you most worried about among your team’s opposition this Tour?

Brett
Like the first question, I had someone in mind straight away when posing this question, too. But I don’t need to change to someone else this time.

And watching highlights reels of what Finn Russell is doing with Racing 92 in France at the moment does nothing to ease these concerns. He was really good in the final Lions Test in South Africa, to the point that more than a few ‘The Lions would have won the series if Russell played from the start’ articles out there on the interwebs.

If he can quickly jell with countrymen, the Scots will be a handful in attack. In many ways, it will be a huge shame if indeed Cooper doesn’t make the trip to the UK, because they certainly strike as similarly minded players in pretty solid form right at the moment.

But, if there’s a plus side to knowing how Russell plays and how to stop he and the Scots in attack, the Wallabies do have one ace up their sleeve: Scotland’s former defence coach, Matt Taylor, now does the Wallabies’ defensive planning.

Nobes
Antoine Dupont is the scrumhalf of the moment and he seems unstoppable.

This player is one of the adversaries’ worst nightmare with his outbursts and always being in support throughout the court, is definitely the man Los Pumas should neutralise. Easier said than done.

Digger
As I have clearly been made aware that I can only select one player, it would have to be Antoine Dupont.

I personally do not take in a lot from the Northern competitions and given the fanfare around this chap, I am really looking forward to watching him play against New Zealand and an obvious big threat.

(Marcus Smith would be the other bloke but as NZ are not playing England than I haven’t broken any rules around numbers of nominated players – just saying, clear loophole in the laws.)

Harry
I will keep a close eye on Welsh wings, but in particular, Josh Adams.

He’s a clever slider in tight spaces, is a serious finisher, and backs himself. Lukhanyo Am and Sbu Nkosi will need to be a blanket.

Geoff
With the loss of Samu Kerevi and subsequent uncertainty around midfield combinations, Manu Tuilagi shapes as a potential troublemaker for the Wallabies, when they reach Twickenham.

The obvious fly in the ointment for the All Blacks is French halfback Antoine Dupont. An already great player currently at the top of his form, the All Blacks will need to ensure they slow the France’s ball down and tackle surely, to deny him opportunities on the back-up.

OVER TO YOU: What most concerns you around your team and the Spring Tour?

And which one opposition player are you most worried about?