'World Cup is a goal', 'Quade motivated me': Everything Kurtley Beale said on Wallabies return

Kurtley Beale has made it clear he has his sights on another World Cup in 2023, while declaring the culture under Dave Rennie is superior to when he played his last of 92 Tests at the 2019 tournament.

Beale, 32, was added to the Australian squad for the Spring Tour after Reece Hodge suffered a pectoral injury and Quade Cooper, Samu Kerevi and Sean McMahon withdrew because of their Japanese club commitments.

It represented a change of tack for Rennie, who had resisted calling up Beale, now playing in Top 14 Rugby for Racing 92.

Beale has long been a divisive figure in Australian rugby and Rennie didn’t hide from that earlier this week when he said the call up was an opportunity to see if the mecurial talent was the right cultural fit for the youngster-heavy outfit.

Beale addressed culture as well as his desire to push on for another World Cup during a lengthy and enlightening media conference.

Here’s what he had to say. 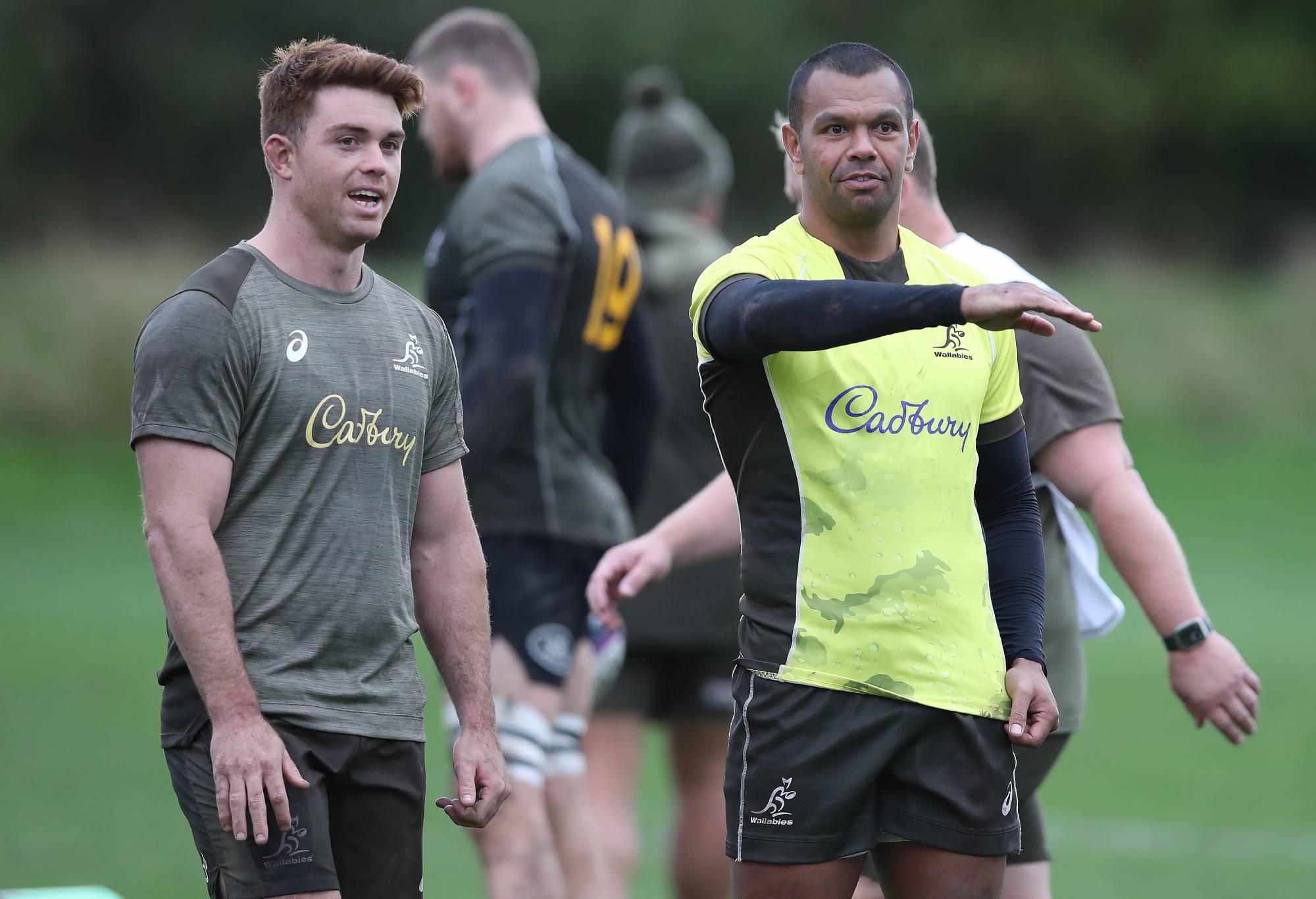 On his call up

“It was a bit of a surprise,” Beale said. “I have been following the group from afar, watching their progression over the last couple of years, and obviously Banksy and Hodgey have been doing a fine job at fullback.

“It’s unfortunate they’ve been injured and I guess the boys coming over to the Spring Tour needed some help in that position. So they gave me a call. I’m super stoked. I didn’t really see it coming but I’m really excited to be here.”

“Not necessarily no. I still felt individually that I could still add something because I’m still growing in the in the game.

“I’m playing at Racing at the moment. [It’s a] great rugby club, surrounded by some really good players, international players.

“And so my hunger is still there to keep growing as a player, to keep pushing myself with the best and against the best.

“So obviously, with the World Cup, in France, in 2023, it’s still a goal of mine, still something I want to be a part of. I’m just trying to do my trade over here just keep working hard for an opportunity. Now an opportunity has come.”

On the inspiration he got from Quade Cooper’s return

Cooper’s return to the fold “motivated me a lot,” said Beale.

“It’s made me really eager to try and get back. It made me realise it is a special environment to be a part of. It was great to see Quade and Kerevi back.

“Those guys had a really good positive influence on the group. It certainly gave them a lot of direction on the field, you can see how Quade can control the game.

“It allowed the rest of the team just to calm and just play their natural game. Hopefully, I can have that type of influence now that I’m here.

“I know James O’Connor is doing a great job in that 10 jersey in training and I’m sure he does have that influence on the group.

“Seeing guys like that come back have a positive influence, it just motivated me more to try and put my best case forward when an opportunity comes.”

On the Wallabies culture under Dave Rennie

“I have been admiring from afar, ever since I left the group and wasn’t part of it anymore,” Beale said.

“You can see how they’ve grown so much. The leadership from Dave and the coaching staff, and Hoops on the field – they’re growing. You can see a lot of the guys are feeling comfortable now.

“There’s a lot of young fresh faces and they’re now feeling a lot more comfortable in that position.

“Coming in for the first time you can see a real difference in culture and the standard’s really high, the level of professionalism is really high. It’s something that you want to be a part of, and it’s a credit to the group and to the guys who are buying into the leadership of Dave and the vision that he wants to strive for.

“It’s a real family feel here. No matter who you are. The youngest, the oldest, the most capped, the youngest capped, everyone feels the real kind of brotherhood here.

“I haven’t used that word in a while but it really does feel like you’re in a family environment. There’s a lot of respect from around and the guys are working really hard.

“It was a great opportunity for the new group to start their own their own kind of identity and build on a new identity striving to the next World Cup and guys like Hunter and the rest of the young boys are really coming into their own, finding a voice and really leading a path.

“Certainly, it’s going in the right direction, as you see with the last few games, five wins in a row now and that doesn’t come easy. It comes when guys are working really hard in the background, really trying to make a difference, and put some good faith and respect in the jersey.”

On the circumstances of him leaving Australia

“There wasn’t much chat, to be honest,” said Beale when asked if he discussed his departure with Wallabies management.

“That was okay. We kind of left it as it was. I was on a path to try and keep developing my game in another country. Another opportunity came along and the change was good.

“At that time, after the World Cup, it was quite disappointing. The loss in the quarter final in 2019 really hit home with me so the change was great.

“Being away from this environment, makes you miss home a bit but it makes you realise how special it is, how great the Wallaby jersey is and how great representing your country really is.

“There’s so many followers over here in Europe. [Australia] is a well respected country, a renowned rugby nation and being a proud Wallaby myself, it’s great to see the guys doing so well.

“Now to have an opportunity to be involved and to try help in any way I can to make it a successful tour, I’m really excited about it.” 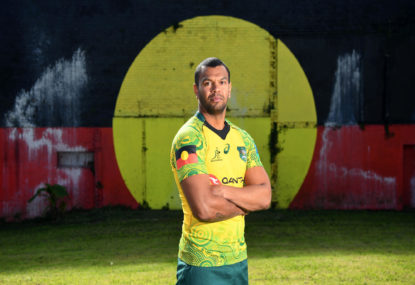 On the disappointment of the 2019 World Cup

“Any team that competes at the World Cup, you always think you’re gonna win it,” said Beale, who admits to being crushed by the 40-16 quarterfinal loss to England in 2019.

“You always back yourself. There’s always confidence, the belief in the group and the players around you, so losing at that stage, it’s always disappointment.

“It’s an awesome experience and playing in France now there’s a lot of big positive build up around it. it’s just a really good vibe. Being in France, traveling around, seeing different places, the fans they love their rugby.

“It’d be great to be able to be involved but there’s still a long way to go, a lot of rugby to be played until then. So it’s probably not the focus point at the moment, but we’ll take it day by day, week by week, game by game and just build towards that.”

On playing in France with Racing 92

“Playing in the Top 14 you’re definitely exposed to a lot of different styles of rugby,” said Beale.

“The games can be slow, the conditions have a huge impact on how you play the game over here. It’s a long season, so it’s always challenging with week to week games.

“It opens your eyes up to to a more holistic approach on how the game’s played. And I feel like I have that now, I have that experience.

“I think the benefit of playing against some of the some of the best guys in Europe – the French team are probably the most improved team in the national game at the moment and players like Dupont, Ntamack, these guys are playing rugby week in week out and are some pretty world class players.

“It’s great to be able to play in a competition like that and I feel it’s definitely helped my game.”

On his club team mate and Scotland star Finn Russell

“Before signing for Racing, he was probably a key ingredient for me to go there,” Beale said.

“I knew that they’ll play an attacking style game and so I didn’t really have to change too much in the way I approach my rugby – so he made it definitely made it easier. He’s obviously a world class 10.

“He has great vision of the game and has a really good positive influence on the guys around him in the way they play the game. He’s a great guy, he’s definitely helped me settle in, being one of the foreigners at the club. It’s gonna be an interesting week.”

On his best position in this Wallabies set up

“Fullback at the moment, that’d be great,” said Beale. “Obviously, there’s been injuries in that position so it would be nice to get an opportunity there. But at the moment, it’s just great to be in and around the group.

“I can’t tell you how great it feels – it’s surreal. I’m making the most of it, connecting with the lads and trying to put our best foot forward to put in some some special performances.

Beale has spent some club games at No.13 which he found strange.

“As a player you always kind of back yourself wherever you are on the field and I feel like I’ve had the experience in the positions 10, 12, 15,” Beale said.

“No. 13 is kind of a random selection, I guess, but the Frenchies, back you and have confidence with you in those scenarios. Playing 13 was a bit of a surprise for me as well but also good.

“It’s better for the experience, right? So you start to understand and you read the game differently being in different positions. It’s another opportunity to be able to enhance your game, enhance your skills and develop for improvement.”

On the challenge of Scotland

“The Scots are a class team,” said Beale. “On their day they’re world beaters. Dangermen are Ali Price, Finn Russell and Stuart Hogg. These guys have just come off the Lions tour and had a positive impact on that group.

“No doubt they’ll be running the show on the weekend and trying to retain the cup that’s played between the countries. And, yeah, no doubt that they’ll be doing everything they can to stop us.”