From selfish to sharing: What to expect from O'Connor's crucial Wallabies comeback

When James O’Connor walked out in bare feet onto the Test arena in Johannesburg in 2019 you were immediately on notice that the one-time enfant terrible had changed.

Just how wasn’t yet obvious. He was wearing his non-playing Wallaby kit all neat and tidy but with no footwear pre-game.

“What’s doing?” Greg Growden, the late Sydney Morning Herald scribe, would have said with eyebrows raised in strange moments like that.

I’ve always been curious about it. O’Connor gave a clear-headed answer when asked about the weirdly incongruous moment a week before his remarkable Test comeback.

“Grounding,” he said, “Literally, when you connect with the earth it stimulates something different in your brain.”

It’s a therapeutic technique and research says you can get charges from the earth that work on your body in a positive way.

“For me, it’s a centring. I remember as a very young kid in NZ when I wasn’t wearing shoes to school. From the physical point of view, it strengths ankles, calves and allows the feet to move properly.”

At 31, O’Connor will tell you his movement is back to what it was as a younger man with his hips moving better and his alignment improved as well.

These are small things but they all matter because this is a player who had to literally rebuild his body and mind from ground zero. In his extended break since Super Rugby, he has sharpened his pace. Another small but important thing.

Don’t underestimate how much this Test against Scotland at Murrayfield will mean to O’Connor early on Monday morning Australian time (1am AEDT).

He will know it is another huge step in his story.

The 14 Tests of his comeback since 2019 have all been in Australia, New Zealand or Japan.

Incredibly, this will be his first Test against a Six Nations side in the United Kingdom since 2011 when he guided a win over Wales in Cardiff. 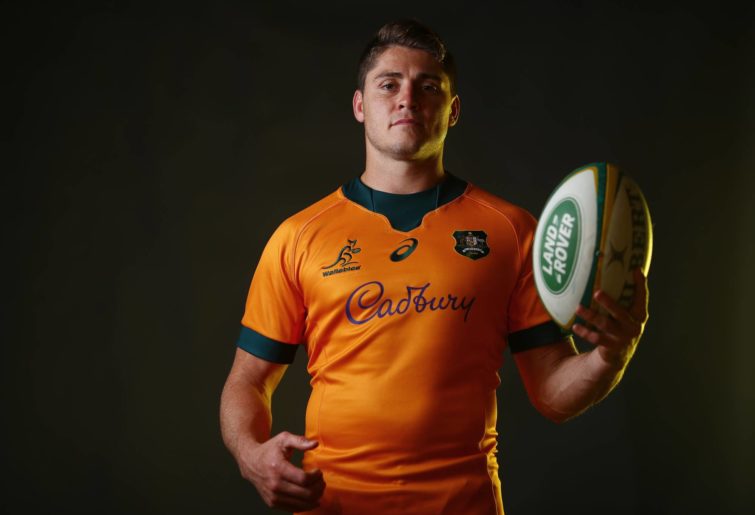 He was “Selfish James” back then. This Test will be all about the sharing O’Connor bringing other players into the game, underplaying his hand and getting satisfaction that way. It’s been the biggest change in the new O’Connor since his rebirth in 2019.

The truth of this season is that the juggle of Noah Lolesio, Quade Cooper and now O’Connor at flyhalf is the best possible result for the Wallabies.

Many may argue that one figure playing at No.10 all season is the dream result.

I can’t agree. Playing 14 Tests in a row would not have been a desirable possibility for any of the trio.

O’Connor would not have been physically up to it after such a full-on season in the saddle for the Queensland Reds. His body broke down a little as it turned out and he will be rejuvenated when he starts his first Test of 2021 against the Scots.

Cooper’s five-Test comeback from the clouds was all that was needed to judge that he still has plenty to offer at Test level. Yes, it would have been preferable to have him lining up against the Scots but he has shown in spades his commitment to fitness and skill work even with a lower-level Japanese club.

Don’t get sucked into the to-and-fro of the Club versus Country debate swirling around him and hints that he won’t be picked in 2022 if he doesn’t commit to Super Rugby.

You can’t audition more strongly than five starts and five wins, including two over the world champion South Africans.

Well, you can. He’s lost the last five times he’s started at flyhalf in Tests against the All Blacks and that will be the cauldron in which coach Dave Rennie judges him next season.

Having young Noah Lolesio start in six Tests against France and the All Blacks was ideal this season. It was ideal because it showed that for all his good moments, there were still too many immature ones for him to be considered the Wallabies’ best starting Test flyhalf option.

If he’d merely played 10 or 20 minutes off the bench in most of those Tests we would have got a false read and thought him more advanced than he is.

He’s still only 21 so the eight career Tests to his name are a great education for the seasons ahead. He misread moments in his Tests this year, kicking when he should have retained the ball or not being able to unlock the best of the backs outside him.

He’ll keep getting better because that intercept try and the crunch penalty goal to beat the French in the series-decider in July told us so.

None of these assessments would have been possible without being forced to play three No.10s this season. The All Blacks have been forced into something similar with Richie Mo’unga, Beauden Barrett and Damian McKenzie in 2021.

Now, it’s O’Connor’s turn and don’t the Wallabies need a big one from him to win the most attainable result of the UK leg of this tour.