The law of unintended consequences: Perverse incentives, eligibility and the Pacific Islands

During British rule in India, the government, concerned about the numbers of venomous snakes in the country, offered a reward to anyone who killed a cobra.

As a consequence, entrepreneurial citizens began to breed the snakes in order to claim the payments. Realising this, the government cancelled the programme, causing the breeders to release the captive snakes into the wild, increasing the population.

Such perverse incentives create unintended consequences, and I’m reminded of what was later dubbed the cobra effect whenever I consider World Rugby’s forthcoming vote on altering the terms of Regulation 8, the regulation which governs eligibility for international Test matches.

The change would allow previously ‘captured’ players to represent nations to which they have a ‘close and credible connection’ (ancestry or birth) after a 36-month stand-down period, introducing dozens of players into the Test arena who had been frozen out of Test rugby due to the policies of their original capture nations.

The change would overhaul the squads of the Pacific Islands, owing to the number of Pacific-eligible players tied to other nations, and is often talked about in that context, proposed as an attempt to rectify the existing inequality between rugby’s most talent-rich but cash poor nations and the sport’s financial superpowers.

However, circling back to our problem of unintended consequences, this good-natured policy could have a perverse impact on the islands themselves and create ripples throughout the wider international rugby scene.

It’s worth considering what factors limit the islands’ ability to compete against countries who, lacking the islands’ raw talent, are better resourced in every other department. The list is so long it would cover a separate article.

From political interference, corruption, lack of fixtures and mismanagement to players copping the costs of travel and accommodation and a rotating carousel of coaches with limited time to implement game plans, it’s miraculous that the teams manage to fulfil fixtures.

Changing the eligibility rules exposes a wider pool of players to the chaos that accompanies the island teams. The basic structural deficiencies still exist, but the cracks are papered over by the fact that the players struggling under them now happen to include some of the most gifted to ever play the sport. 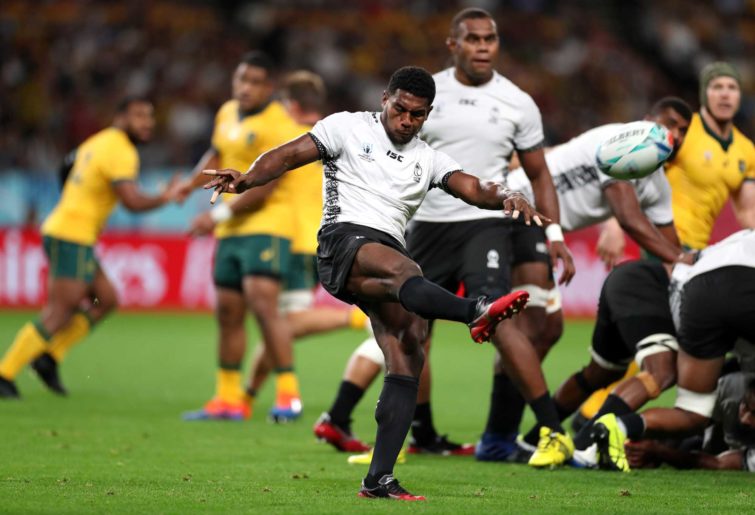 But this doesn’t capture the scale of the perverse incentive. Fundamentally, under the rule change, dual-nationality players will be actively discouraged from pursuing national team selection.

Knowing they can represent their island later, after having their “real” Test career with a more financially rewarding country, the player’s choice between heritage and financial security will be removed, replaced by the logic of career first and “opportunity to give back” later.

The real beneficiaries of such a rule change will be that other trio of island-dwelling nations, the Celts.

The only way that such a change will be passed by World Rugby’s voting members is if it applies to all members of World Rugby.

It will not pass as a special rule for the Pacific Islands, or even for the tier two and below members of World Rugby.

The change will reintroduce the old project player programmes implemented by Ireland and Scotland, but now with capped All Blacks, Wallabies and Springboks.

A capped player now only has to wait three years and they become eligible for their ‘close connection’ nation. Other tier two nations will also profit.

European teams stacked with heritage players, such as Spain, will watch with interest.

A last note on the original cause célèbre of this project though, the Pacific Islands themselves.

It is my firm belief that the worst thing that could happen to Pacific rugby is that the cavalry of ex- tier one Test players arrives and Samoa and Tonga score a couple of surprise wins.

Because then the men who have overseen the stagnation of three nations whose talent has given so much to the professional game, and received so little in return, be they mandarins at World Rugby headquarters or self-serving officials in the islands, can declare the problem solved.

Creating a genuine pathway for young players to play for their island nation on the same financial terms as any other is the only way for the pacific islands to compete on an equal footing. Only when this has been achieved will there be any sense of ‘giving back’ to the islands.