ANALYSIS: Perese power can pack a punch, but only if he's picked in right position

The kneejerk reaction from the Wallabies’ messy, wasteful loss to Scotland will be the cry to include the punch of Izaia Perese in the centres to play England.

If all Perese had to do was pulverise 10 vital metres into a brick wall defence, shed two defenders and set up Wallabies’ tries, you’d pick him in a heartbeat.

Perese’s effort so early in his Test debut at Murrayfield was all class to set up the Rob Leota try.

You have to study the wider picture of Perese’s first 41 minutes as a Wallaby. He did make a strong, near-try-saving tackle on Scottish hooker Ewan Ashman but was naive on defence at another moment.

He did lose the ball on a pick-and-go attempt 25m out in the final five minutes when he was stripped and the Wallabies were desperate to hold onto possession.

It’s often a package of traits with Perese as was the case with the NSW Waratahs this year.

He can’t be picked as a Test centre against England at Twickenham on Sunday morning (4;15am AEDT) simply because he can’t yet pass to international standard. His fingers-crossed reads in defence also provide too much of a target for a savvy coach like Eddie Jones. 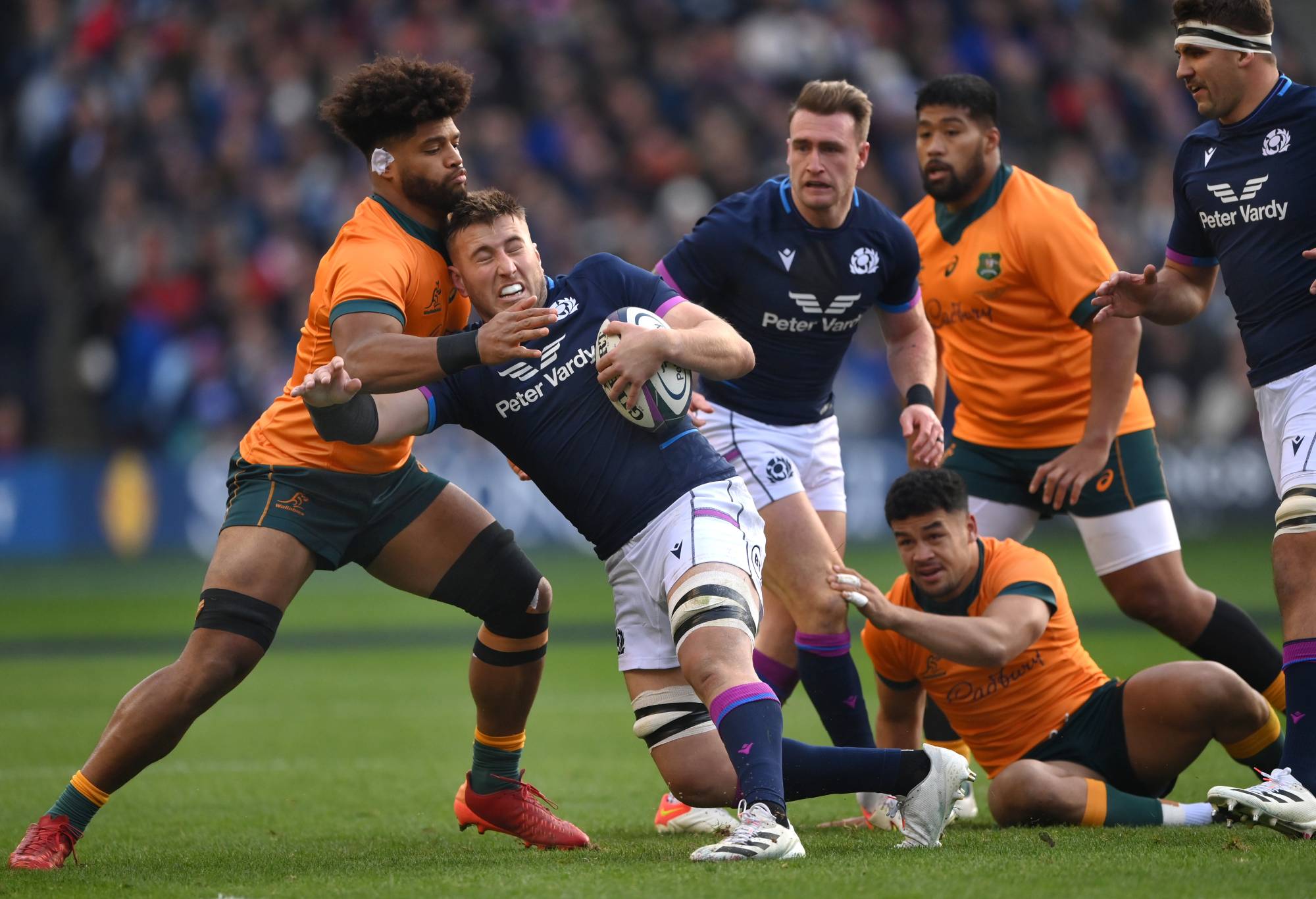 The case to play him as a winger is far stronger than the calls to include him as a centre which will be the rising chorus of this week.

By playing him on the wing, you can get some Marika Koroibete-style influence on the game with first-pass runs off halfback Nic White, like his great effort to set-up the try, some roving damage, big kick returns and no reliance on him keeping the flow of the backline going.

If the Wallabies are to upset England, they need to have some passing smoothness in the middle of the park without the ball always stopping with Perese.

This is no knock on Perese, just observations on where his game sits. He’s an explosive runner so let’s use him as such. Don’t suddenly expect him to be more than that for now.

His early impact on Test debut was a marvellous moment for a player who had the world at his feet as a teenager, blew it big time and has clawed his way back again thanks to rugby giving him a second chance. 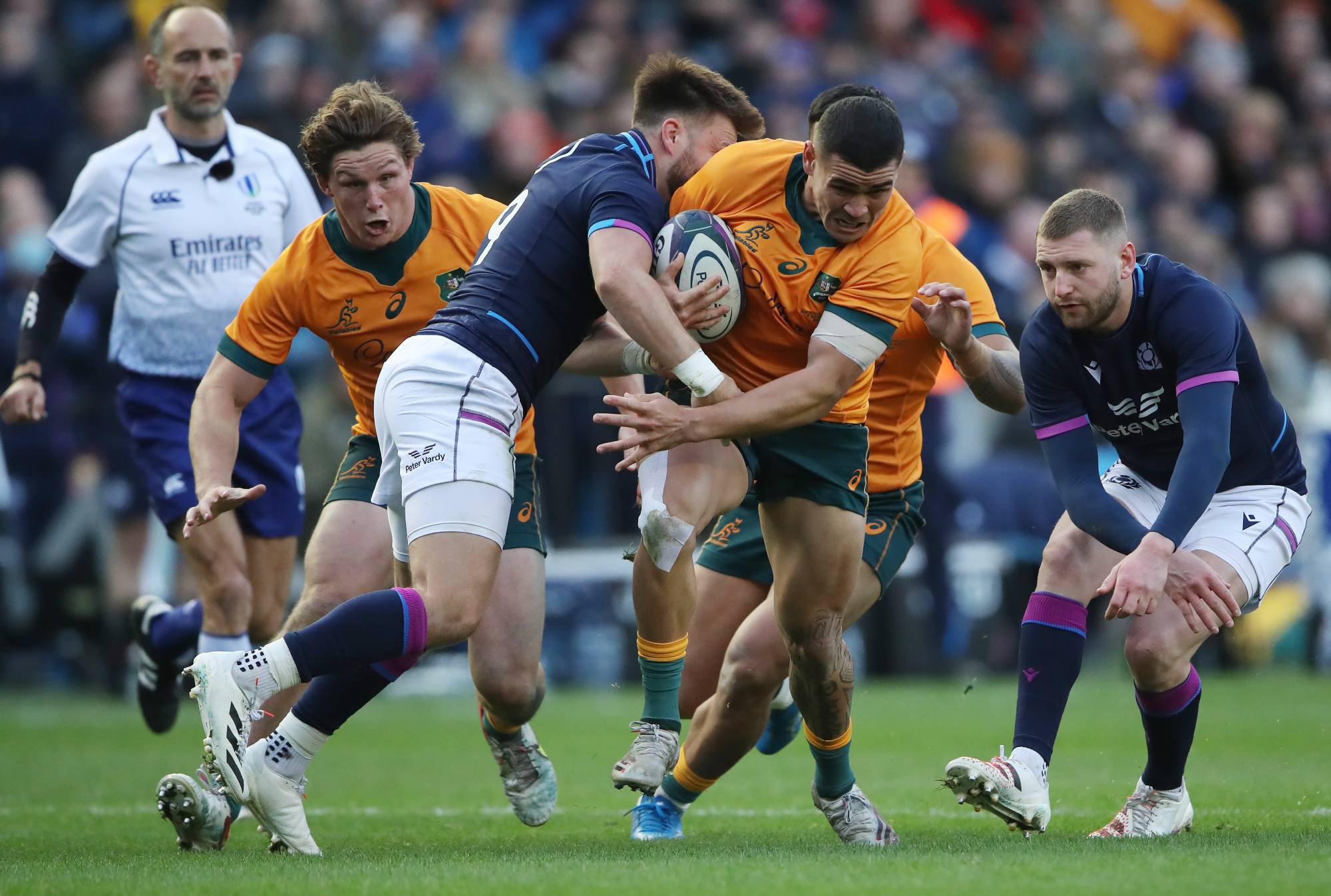 You need to throw some weapons at England to make them think. With no Jordan Petaia (hamstring) and no Taniela Tupou (head knock), there were slabs of that Test at Murrayfield where the Wallabies didn’t have a single attacking force to strike true trepidation in the hearts of the opposition.

On a wider level, no Petaia, Tupou, Koroibete, Samu Kerevi or Quade Cooper made the Wallabies all too tame. When they couldn’t hang onto the ball to build the pressure that can turn even solid teams into very good ones, the script to this Test was always a worry.

You hate to say the trend was set when the Wallabies made a charge down in the opening 90 seconds and centre Len Ikitau won and lost the ball in a split-second, but it was.
Halfback Nic White was strong. Flyhalf James O’Connor was encouraging in his first starting Test after a long break except for that wasteful penalty kick that didn’t find touch late in the Test.

Tests in the northern hemisphere are always a matter of fine margins and set piece solidarity. The Wallabies frittered away too many scoring positions to win this one, especially when the poor handling of the Scots gave them extra chances a number of times.

The Wallabies will have to get the scrum right in a week, with or without Tupou, or the English will put the squeeze on there.

Perese can play a big role in the final two Tests of this tour but just be smart enough to pick him as a winger.