'Maturity level must be questioned': How it feels to be a Penrith Panthers fan right now

Easily one of the top teams in the NRL for the past two seasons, after falling agonisingly short last year, there was no hiding the elation, relief and pride of the Penrith Panthers when they finally won the premiership.

After reaching the top, everyone involved with the Panthers should have felt on top of the world.

But after a year marred with poor attitudes on the field and shocking incidents off it, it seems their premiership win didn’t bring the euphoria they thought it would, and anything connected to the Panthers appears to be negative.

There were over the top try celebrations that got under everyone’s skin. Arrogance and ego seemed to overflow from the team list. Opposing fans felt frustrated, believing there was one set of a rules for the Panthers and one for all the other teams. Nathan Cleary was labelled The Protected Species.

The team damaged the grand final trophy during celebrations, and Viliame Kikau was filmed singing Glory, Glory as a dig towards the Bunnies.

Api Korisau snuck a woman who wasn’t his wife into State of Origin camp, and of course there was the walking disaster that is Tyrone May. 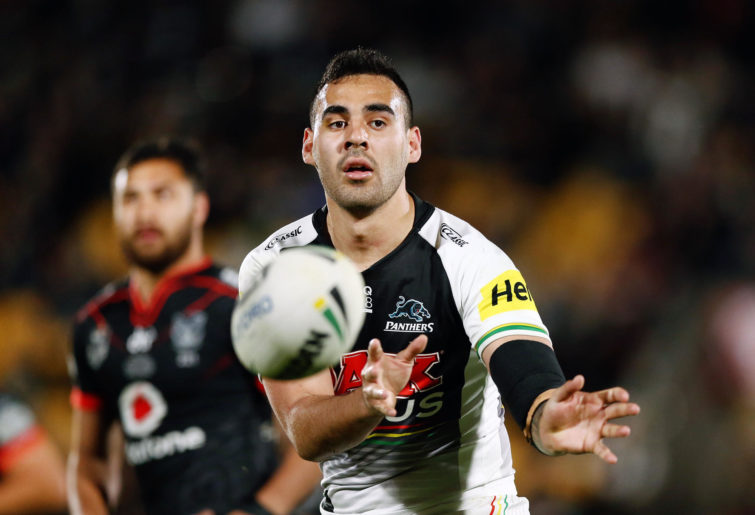 The opinions are split between journalists and commentators, with some saying everything the Panthers do is amazing, and the rest are shouting, “Off with their heads!”

There is a divide between non-Panthers fans, as well. They are either at the top of your most hated list, or you love what they do and what they bring to the game.

But what about the Panthers fans? What do they think about their team?

I decided to find out.

I sat down with Gavin and Drew, two long-time die-hard Penrith fans, to go through what it’s like to be a Panthers fan right now. I made sure we were more than 1.5 metres apart – not just because of COVID, but because they go for Penrith.

“On the field, really proud of the boys,” Gavin explained. “Off the field, so disappointed. The maturity level of the players must be questioned. They can be so respectful in interviews, and they are so good in the community, that needs to be transferred to personal behaviour as well as actions on the field.”

Drew agreed: “I was so disheartened after such an amazing grand final win. I expected more from them. Scandal after scandal – we definitely s**t the bed.”

The boys were in agreement with the Tyrone May situation as well.

“The actual crime – inexcusable. Then being able to remain at the club, getting to play in a winning grand final team and putting that post up on Instagram? Just stupid.”

“The sacking was too little, too late,” adds Gavin. “The initial incident was disgraceful, and May should have been sacked from that, not the Instagram post. His personal relationships within the club helped him there. I also believe that if he was a top-line player, one of our bigger names who deserves to be in the 17, he would not have been sacked at all.”

The guys weren’t overly happy regarding how the team is portrayed in the media.

“They copped so much crap about the trophy, which was an accident,” Gavin says.

“The media seem to always clutch at straws to create drama. The team are not as arrogant as they are made out to be. I didn’t agree with how Stephen Crichton acted during that Canberra game, and the boys need to know the difference between confidence and arrogance and not cross that line.

“But they are made out to be much worse than what they are really like.”

“There is still a lot of room for growth and maturity,” Drew adds. “They are a young side, they were bound to make mistakes, but I don’t think anyone expected the extent of some of those mistakes. The media is a double-edged sword – the Panthers felt that more than anyone this season.”

On the topic of social media and the role clubs should take, the guys were divided.

“Absolutely, the clubs need to be more involved,” Drew opines. “There needs to be so much more training from the clubs on the dos and don’ts of social media. The players need to realise that what seems like a simple post can have a huge impact.

“Small actions can have big consequences.”

“I don’t think there is much more that the clubs can do. There needs to be some personal responsibility and commonsense from the players. They seem to be oblivious to so many things, and don’t realise the effects of their actions until they are involved in it and it’s too late.

“I do believe though that nowadays, people look for things to be offended by. I know I’m glad social media wasn’t around when I was in my early 20s!”

They also disagree on whether the current Panthers are a club that they are proud enough of for their kids to support. 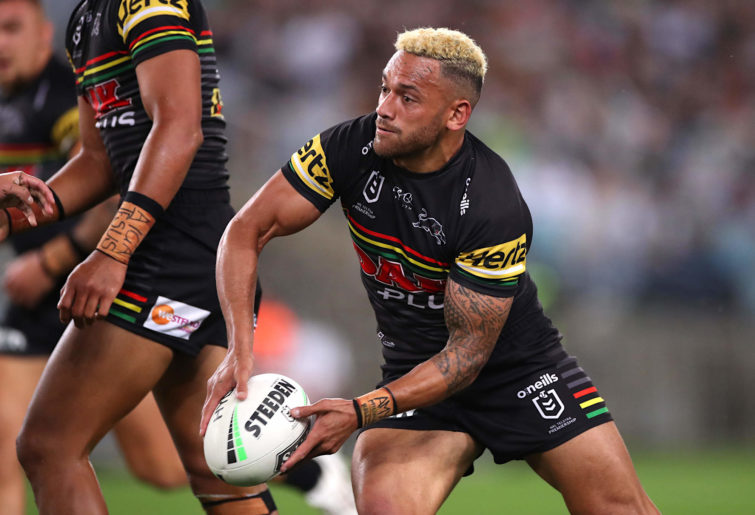 “Absolutely,” Gavin states. “When they are with their fans, especially kids, they are amazing. My son thinks he and Nathan Cleary are friends because they once got a photo taken together. I also think Isaah Yeo is a great leader and role model. I’m happy for my boys to support them for how they play on the field.”

I was interested to see what they thought about Cleary being labeled a protected species. Gavin is quick to defend.

“On the field, certainly not.”

(We had to stop for a minute because I choked on my water at that statement.)

“Off the field, well, he is an elite player and, like all elite players, he gets special treatment. It may seem pretty harmless until they do something that puts them in hot water, though.

“You know, like a couple of well-known Melbourne players. If you go by the reaction from the trophy being accidentally damaged to the rug sweeping that went on with the Storm… I think that’s a better definition of protected species.”

Both fans are looking forward to next season. Seeing how the club moves forward after the dramas of this year, as well as how the team looks.

“I’m interested to see how they handle the fringes without (Matt) Burton and (Kurt) Capewell,” Drew says. “And, of course, I’m looking forward to us hopefully becoming back-to-back premiers!” 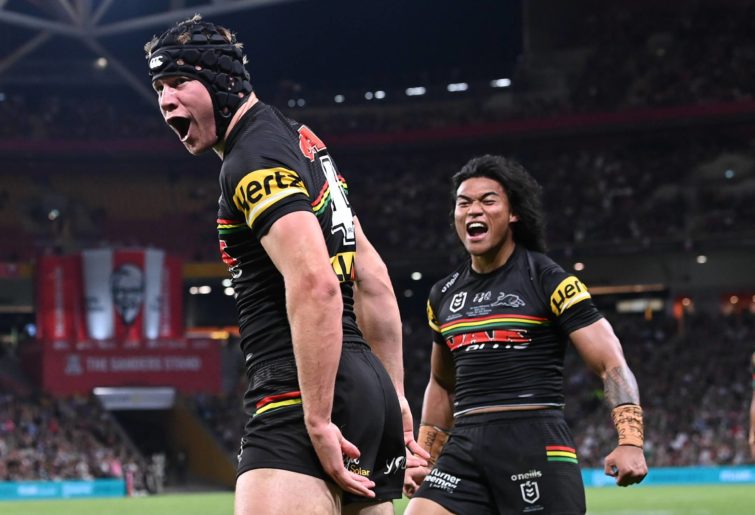 Gavin is looking forward to seeing some young blood come through, and is especially excited with Izack Tago.

“I’m also curious to see how they will handle those coming off contract. I wouldn’t be upset if they let Kikau go – I would rather have someone more consistent in the side.”

My final question made the boys really think: “If you could stand in front of the team right now and say anything, what would it be?”

“Oh, that’s a tough one,” Drew replies. “I would probably say, ‘Even when you are winning, you may not be really winning. Act on the field as you would off it. Be professional and disciplined wherever you go.’”

Gavin is a bit more philosophical.

“History shows, when Penrith win comps it’s been because of local talent. And then after that victory it falls apart very quickly.

“This group has the opportunity to dominate the next decade, create a legacy that could rival the likes of the Storm and the Roosters. Do you want to create a dynasty, or just live off one premiership?”

It’s always interesting to hear from those that choose to wear a team’s colours, and not just those who get paid to wear them or write about them.

The players and the clubs need to think about their fans a bit more regarding how they act and the decisions they make.

Their next generation of supporters may depend on it.

This is the first of a series on every club