The greatest challenge for rookie NRL coaches Craig Fitzgibbon and Jason Demetriou next season may not be coaching itself.

Few first-time mentors have possessed the education and reputations of the new Sharks and Rabbitohs bosses, who completed lengthy apprenticeships as assistants.

Fitzgibbon studied under three-time premiership winner Trent Robinson at the Roosters while Demetriou was Wayne Bennett’s right-hand man for the past five years, following the veteran from Brisbane to South Sydney.

Both Fitzgibbon and Demetriou have long been earmarked as men equipped to thrive in the NRL hot seat. Their football IQ is unquestionable.

But as noted by former Newcastle and Parramatta coach Michael Hagan, who guided the Knights to the 2001 title as a rookie, “nothing quite prepares you for the sort of pressure that you go into”. 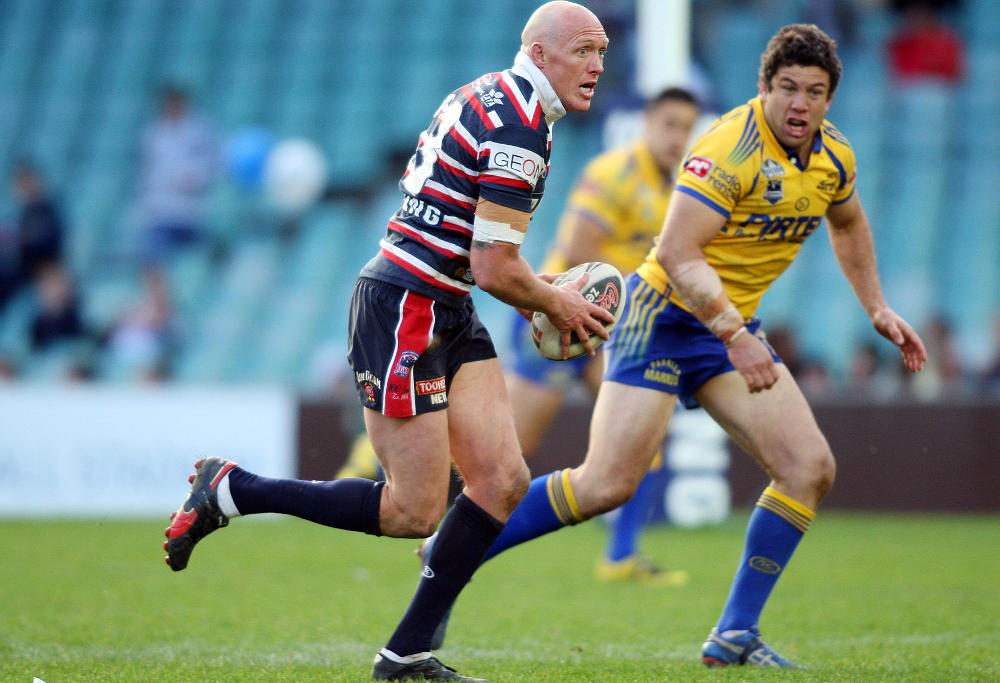 Reflecting on his own beginnings as a first-grade coach, Hagan said managing the recruitment and salary cap side of things was an arduous task.

“You get a real sense of how big the whole thing is when you take that on,” he told The Roar.

In assuming the reins at Newcastle from Warren Ryan, Hagan soon had to sit at the negotiating table with about 11 off-contract players.

That was “the first piece of the puzzle” in a season that culminated in a 30-24 grand final victory over the Eels.

“There might have been five or six senior players in that [off-contract] group – and that was including Andrew Johns, by the way,” he said.

“And there might have been five or six aspiring players … It was a bit of a mix of both ends of the scale.”

According to Hagan, one trait an effective NRL coach must have is an unflinching honesty.

“In the end, it’s really about making good decisions and having the tough conversations that set the good head coaches apart from all the others,” he said.

“So when you’ve got to tell a player that it’s time for them to consider maybe moving on to England or pull the pin on their career, they’re the tough [conversations].

“Because you know you’ve got the next three or four best kids coming into the system that have got to be remunerated at the right level, otherwise they might leave.

“It’s a real balancing act for a rookie head coach.”

As well as shouldering additional responsibilities, moving up from an assistant coach to the top dog could mean Fitzgibbon and Demetriou redefining their relationships with players.

“Your assistant coach is generally a little bit light-hearted, takes the piss out of the head coach a little bit,” Dragons legend Jamie Soward said.

“And they probably get on with the boys a lot more because the boys are – not scared of the head coach, but you don’t want to be called into the office too many times. It can only mean a number of things.

“That larrikinism that the assistant coach sort of has, I think that’s a bit different when you get to the head coaching role.

“You’ve got to worry about the junior pathways, the next crop coming through, the salary cap. All that kind of stuff that I’m seeing now behind the scenes.”

Then there’s dealing with the scrutiny of the media. While assistants usually fly under the radar, head coaches are fronting up to press conferences and facing the music each week.

“You’ve got to really embrace that and work with it a fair bit, really,” said Hagan, who still has relationships with the media from his early days at the Knights.

“The interest in the game is at an all-time high and you’ve got more social media and media outlets chasing content than ever before.

“It’s part of that. You’ve got to be able to handle that side of it too.”

Soward, who was part of St George Illawarra’s NRL coaching staff this season as a halves consultant under Anthony Griffin, is preparing to make his head coaching debut.

He will guide the Dragons NRLW team when the women’s competition begins in February.

“Being well-prepared, having clear instructions and forming that connection – whether it be on or off the field – is something that I’m going to try and get into my coaching style,” Soward said.

Kevin Walters endured a frustrating season at the Broncos this year while Todd Payten’s first campaign in charge of the Cowboys – after leading the Warriors in an interim capacity – didn’t go to plan as they finished 15th.

Adam O’Brien, meanwhile, pushed Newcastle to the finals in 2020 and backed it up with another finals appearance in 2021. At the Titans, Justin Holbrook’s first two seasons have resulted in improved ninth and eighth placings.

So what can we reasonably expect from Fitzgibbon and Demetriou?

With Fitzgibbon at the helm, there’s anticipation that Cronulla can make a quick return to the playoffs, in part due to marquee recruits Nicho Hynes, Dale Finucane and Cameron McInnes.

Like many astute minds, Soward and Hagan believe Fitzgibbon will succeed.

“Fitzy really took me under his wing when I was at the Roosters [as a player]. He was just a really cool guy to be around. He understood that life balance,” Soward said.

“If I’d had a bad video session, he’d remind me that it’s going to be OK.

“He’s really, really smart, really knowledgeable, and from everyone that’s talked or been around him, really successful in how he communicates to his players.”

Demetriou, meanwhile, is tasked with helping the Rabbitohs go one better after their grand final defeat to the Panthers.

If he can reach the pinnacle at his first attempt, he’ll join the likes of Hagan, Robinson and Phil Gould as a premiership-winning rookie coach.

Regardless of their impressive journeys so far, there’s still likely to be a steep learning curve for the rookie coaching class of 2022.

“It takes a while to get your head around getting all the roles and responsibilities sorted out and also keeping your focus on the job of coaching the team and trying to win your share of football games,” Hagan said.

“That’s the bottom line, isn’t it? That’s what you get judged on.”