Kamaru Usman established why he is the #1 pound-for-pound fighter in the world when he successfully defeated his most hated rival in Colby Covington for the second time at UFC 268 and made it 15 consecutive UFC wins at Madison Square Garden in what was the fourth highest gate ever in the venue’s history.

The only man to have more wins to start their UFC career is the great Anderson Silva, who won his first 16 fights with the company. You get the sense that if Usman breaks that record, there will be no doubt about him being the greatest welterweight ever, but also his name will start to be discussed among the best ever.

The fight was a great showcase through five rounds and though Usman did cement himself as possibly the greatest Welterweight ever, I could not help but feel that it took Covington too long to get himself into the fight and that is what cost him.

For the first two rounds, we all witnessed a composed and relaxed Usman. Controlling the pace of the fight and the centre of the octagon. You could see that he was not rushing in with his shots to get Covington out as quickly as possible, instead waiting for the right moment to strike, which he did in the second round by almost finishing Covington after dropping him twice.

I initially thought Covington was too hesitant and that something looked off about him in the opening ten minutes. However, as the fight continued, I realised that he was staying patient to see what Usman was going to throw at him first.

I believe he should have been a little more proactive like he normally is, putting the pressure on his opponents with his high volume of strikes and cardio to match. I think he will look back on this fight and wish he had not been so reserved in the first two rounds, but credit must be given to him for the way he performed after getting dropped in the second.

Covington started to bring the fight to Usman for rounds three, four and five and that conjured up some positive moments for him. It was more of the Colby Covington the MMA world was used to seeing. It showed that if it was not for Usman’s existence, he would be the champion like president of the UFC Dana White had so simply put it in his post fight press conference. 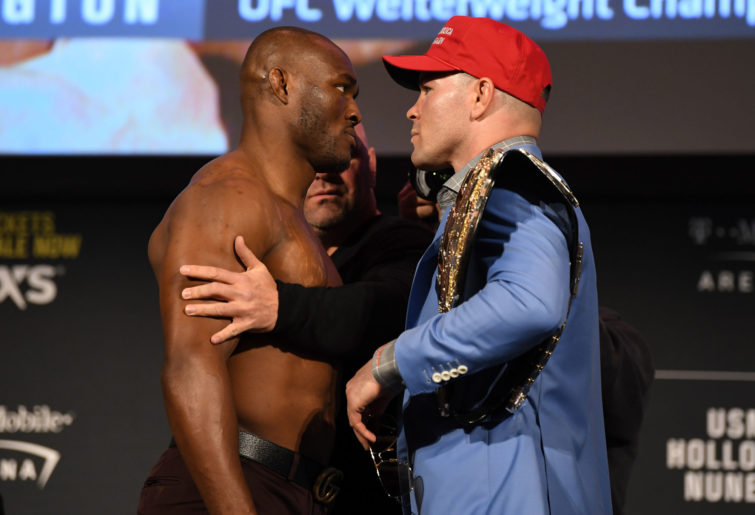 Back to Usman, the questions that now arise are who can actually defeat him in the welterweight division? He has essentially cleared it out and that speaks volumes to his dominance in the cage and his status as the best fighter in the UFC. He has wins over the guys in the top three (Covington x2), Gilbert Burns and Leon Edwards and two victories over #7 ranked Jorge Masvidal.

A rematch with Edwards could be on the cards as the Englishman is currently on a nine-fight win streak and his last loss was against the champion in 2015. One top contender that Usman has not faced inside the cage is #4 ranked Vicente Luque who is on a four-fight win streak.

There is also the exciting possibility of the champion facing scary undefeated prospect Khamzat Chimaev in the near future.

Covington could look to mark his return to the octagon with long-time rival Masvidal and the perfect stage to hype that possible match up would be to try and get them to coach The Ultimate Fighter again.

The UFC tried making this a reality a year ago but instead went in a different direction with Featherweight champion Alexander Volkanovski and contender Brian Ortega.

The 33-year-old could also face someone like Burns, who like Covington, lost in his last fight in a title bout against Usman.

There are some very exciting fights that the UFC could look to book in the 170 pound division. We can all choose to play matchmaker and tell the UFC what they should do, but we must remind ourselves that the company is very good at giving the fans exactly what they want to see. For now, we just have to wait and see.