'This is the turning point': Imposing and important to the culture, but is Mitch Marsh the right fit for a baggy green?

Having finally won it, I think the public – which has shown an appetite for the BBL – will put more credence towards it, which is perfect tioming with Australia gettig the chance to defend the title on home soil next year.

It’s clearly third behind Test cricket and the 50-over World Cup and winning is significant, especially considering we were probably as lowly rated as we’ve ever been heading into a World Cup.

I predicted we would make the semis so winning it didn’t come as a massive suprise. I felt too much was written into the Bangladesh and West Indies tour results –
where half the touring team weren’t going to be in World Cup squad and we didn’t have the IPL players or Mitchell Starc. But I did think England and India would fight it out.

England have been white ball powerhouses and India came straight out of the IPL, so all their players were T20 fit.

My only question with India was, when you’re the out-and-out favourites can you deal with the pressure in World Cups? It’s not just cricket – you see it in rugby and football World Cups too where there is an expectation a team will dominate and when you don’t, all of a sudden, you start doubting yourself. 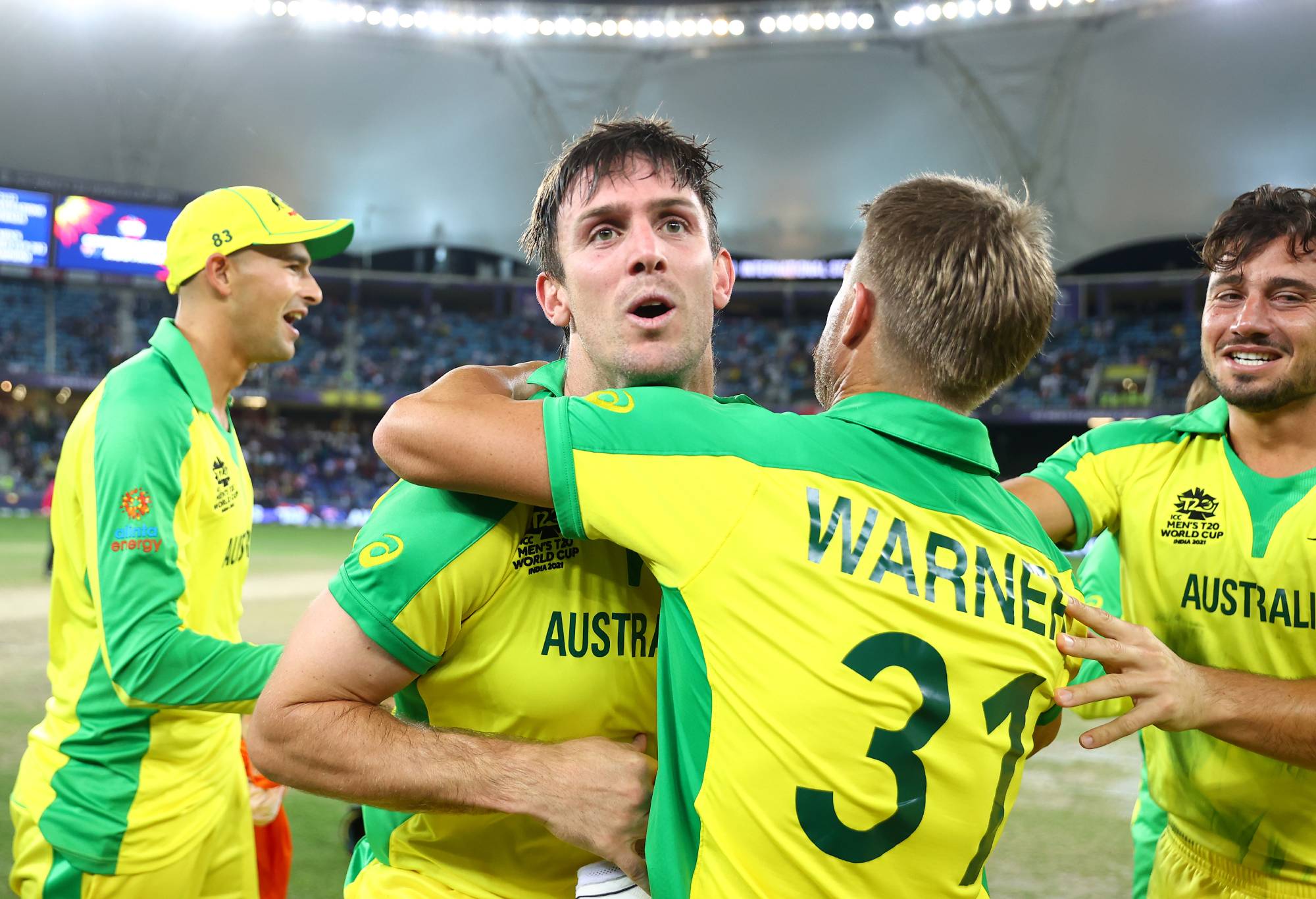 The tournament came along very well for Australia. Even in the loss to England we got bowled out by Chris Woakes. I still felt that if we could make the final, play England, win the toss and bowl first, we could still win this World Cup.

I’m not surprised Warner had a great tournament despite his form issues ahead of it. He found form by going back to his traditional game. Him trying to reverse sweep Ravi Ashwin early, or charging Trent Boult, that’s not his game.

If you look how he approached those last few games, he was just so still and balanced. And if anything, just slightly gets inside the line to free his arms.

I felt like he was trying to make things happen in those early games and then it’s almost like, ‘hey, I’ve been a great player, I’m still a great player, how about I back myself’.

For him to get man of the tournament with all the doubts externally, was a great achievement.

You need one of your openers to get going and Aaron Finch didn’t have a massive tournament. He captained well, was very composed, but Warner definitely took up the slack there.

Even in the final Mitchell Marsh was man of the match but Warner’s left hand batting against the New Zealand spinners was crucial.

If we had right handers when the spinners came on that could have been real trouble but Warner knew and that particularly took Ish Sodhi down. It was a fantastic knock and a wonderful series. 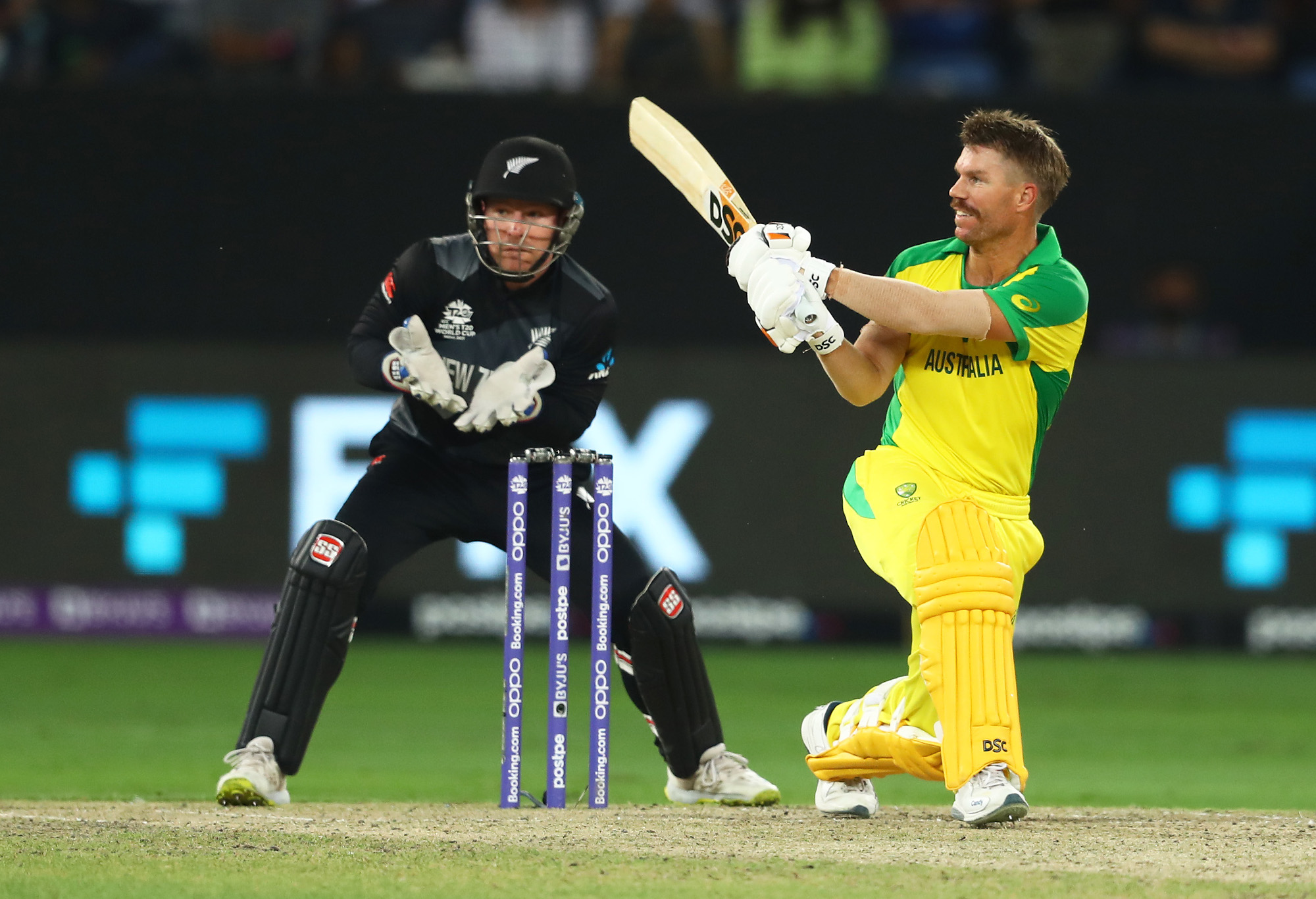 Marsh’s return at three was also important. He’s just imposing. He looks so big and I just keep replaying that first ball he faced in the final.

Warner started okay, Finch was out, New Zealand are up and Adam Milne comes on, a really fast bowler.

It was a bit of a half tracker. I think 95% of the players in the tournament would have just noodled it around the corner and Mitchell Marsh puts 30 metres back into the stand and just set a tone. That shows belief.

In a sporting team, when you get given a role and are trusted with it ,it’s amazing how confident and calm it can make you feel.

Six months ago, they said they were going to bat him at number three and besides that one game where he got dropped and the other game that he batted six, they stuck by it. I think he’s thrived on that.

Australia went genuinely batting heavy with Wade at seven while New Zealand had Santner at number seven. So they played cautious in the power play and it hurt them, as good as Williamson was in the last 10 overs.

In hindsight, they lost the game in the first 10 overs, whereas New Zealand had a chance to peg Australia down and Mitchell Marsh, because he’s been given the licence, goes bang in the first four balls, and New Zealand, who were looking to get on the front foot, were on the back foot.

Marsh was full of confidence, clear in mind, and he absolutely smashed the New Zealand spinners.

The problem with Australia’s T20 cricket has been the finishing role – number six to seven. We generally picked guys who were batting in the top of order in Big Bash and then made them bat in the middle order. We wouldn’t have won this tournament without Stoinis or Wade. Wade got a lot accolades in the semi, but they got us home three times. What Stoinis and Wade did at six or seven was a blueprint on how to finish T20 games. They were outstanding.

Has Mitch Marsh done enough to get into the reckoning for the first Ashes Test?

In past years white ball form could get you into red ball cricket but it will depend how the selectors see that.

I certainly don’t think the number five spot has been closed. He’s definitely a chance to play in the Ashes, confidence is up and runs in the Australia A game beforehand might be enough to get him in.

He’s such a popular man, as we can tell from the vision of him in the middle receiving genuine hugs from his teammates. He’s very important to the culture but you’ve got to perform as well.

He’s still a young man and this is the turning point. In Marsh, we have a potentially dominant all rounder who’s also got leadership aspirations.

He’s very level headed. He batted down the talk about the Ashes on Monday but he’ll be wanting to get that baggy green on his head.

For me it’s a field of Usman Khawaja, Nic Maddinson, Travis Head or Marsh at No.5. I’m playing Cam Green because he’s the future.

Whether the selectors think Green and Marsh could be a little bit similar could go against Marsh, and I’d play Green ahead of him.

I don’t have a firm position on it and that shows how uncertain the number five position is. Khawaja averages 50 in Australia. He’s 34 so it’s not a long term selection but I’m not thinkig about the future – I just want to win the Ashes.

Head’s done everything right when he’s been dropped with runs in Shield cricket but he hasn’t taken his chances. Maddinson probably was prematurely selected a few years ago, but I think he’s averaging 70 for Victoria since he’s gone there so he’d be in a better position to get picked right now. But I think it’s really open.