Three Eastern Conference Finals appearances within the last five seasons for the Celtics was the foreseeable stepping stone for a 17th NBA championship.

However three attempts and three fails has left the Cs in a calamitous mess two seasons later, with a record under .50 after 13 games in the 2021-22 NBA season, an unusual sight for Celtics supporters.

The acquisition of Duke All Star Jayson Tatum in 2017, paired with Jaylen Brown from the season prior, set the foundations for a Celtics organistion starved of success over the previous ten years.

Their first season with the pair took them to seven games against LeBron James’ Cavs in the 2018 playoffs, falling agonisingly short of an NBA Finals appearance.

While the Warriors dismantled the Cavaliers 4-0, the experience for the emerging Celtics side may have proven a determining factor in their mental stability throughout their road to a championship.

Two seasons later the mental hurdle of the Eastern Conference Finals was tested once again against the Miami Heat in the Orlando Bubble.

The loss of Kyrie Irving in the season prior brought together the thrilling partnership of Brown and Tatum again. However, the Heat’s consistent system and rotation led them to a 4-2 victory. Ultimately this was the turning point for the Cs.

We look ahead two seasons later and the Celtics sit tenth in the Eastern Conference, a 6-7 record to start the season.

The dynamic and explosive pair of Tatum and Brown still remain, but the inability to secure a consistent floor rotation around the two has created a downfall in domination. 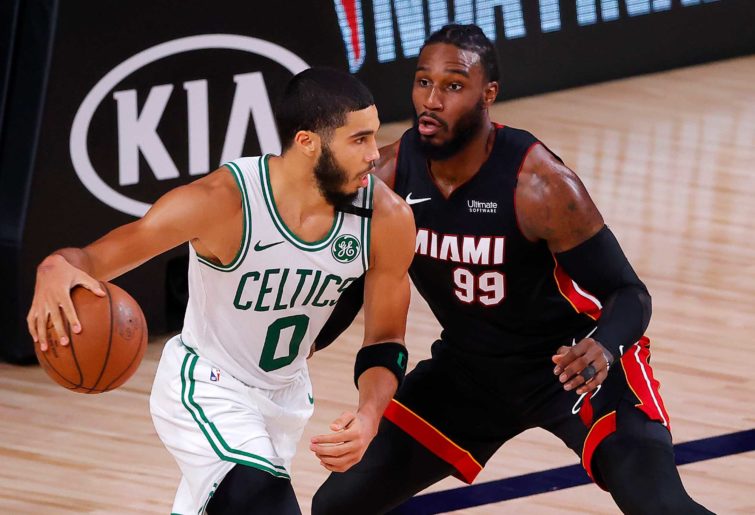 The writing was on the wall for the Celtics last season, a do-or-die stance for head coach Brad Stevens, who had failed to overcome the ECF hurdle and secure a major signing.

The injury-riddled squad failed to provide consistency throughout the season, with Kemba Walker becoming a burden on the squad with his inconsistency, Brown suffering a knee injury late on to miss out on the playoffs, and many rookies unable to fully find their stride.

The Celtics finished 36-36, eliminated by the powerful Brooklyn Nets in five games within the first round of the NBA playoffs.

Fast forward and the Celtics find themselves with a fundamentally new core of players and coach in Ime Udoka.

The Celtics’ inability to secure a third-wheel shooter to assist the Tatum and Brown duo has created confusion within the group.

The plan for the Celtics is simple: build a team around the duo and the success will follow.

However, with a much more dynamic and competitive Eastern Conference, the time is ticking for the Celtics.

The inclusions of Schroder and Richardson have provided some flexibility on the offensive and defensive ends for Udoka, but the issue of gelling the group accounts for the poor start to the season. 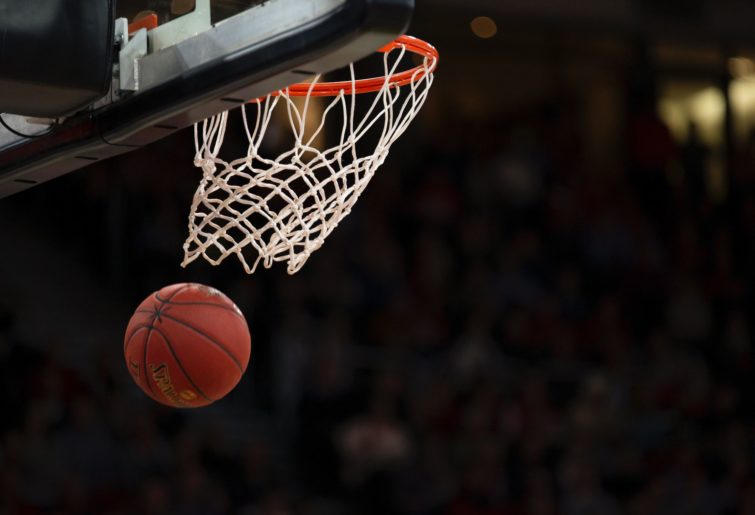 However, the signs are positive for certain individuals. Robert Williams is blossoming, showcasing his ability on both ends of the floor, allowing for Udoka to challenge the opposition’s defence.

This is due to Williams’ explosive aerial ability, leaving freedom for Tatum and Brown to take shots off the pick and roll.

The inclusion of Schroder is unusual yet important for the Celtics, with Schroder’s explosive bursts of speed a rarity allowing for more opportunities for a cut to the basket.

The youngsters are still taking their time to improve, but the big improvements come from the likes of Romeo Langford, improving his three-ball massively over the summer, averaging 48 per cent from beyond the arch compared to last season’s 36 per cent.

Unfortunately, this is where the improvement of the youth ends for the Celtics. Aaron Nesmith, Payton Pritchard and Robert Williams haven’t seen major differential in improvement as of yet.

While there is still a whole season to showcase it, the Celtics cannot afford to hold on to these guys if they are unable to produce a creative or unique element in the squad.

So where has it dismantled for the Celtics? The squad has certainly had its fair share of overtime within the first 13 games, with a total of six extra periods determining the final result, 2-2 for the Celtics.

The statistic speaks for itself. The Celtics’ inability to close out matches has crippled the mentality yet again.

Statistically, against the rest of the league, the problem lies offensively, sitting 24th in their offensive rating, 24th in their assist ratio, 21st for their true-shooting percentage and 22nd in their field-goal percentage.

The Celtics have been reliant on Tatum and Brown to shoot the lights out collectively, but the pair have not clicked as seen in previous years.

Brown has succumbed to another minor injury setback, leaving Tatum to find his groove independently. This has become a major issue for Udoka’s set plays, with the isolation of Tatum creating poor shot selections, accounting for Tatum’s poor form in the clutch.

Tatum has statistically declined to start the season, with a decreased field-goal percentage average of seven per cent and decreased three-point percentage of six per cent.

However, what has improved is Tatum’s defensive impact, with his total rebound average increasing along with his defensive rating.

Brown has taken his role to the next level, improving statistically in various offensive areas. His absence in the team has left significant accountability for the role players in the squad, calling for the bench to make an impact.

The identity has been found for the Celtics defensively, with blocks of play showcasing their ability to shut down an opposition’s offence. This is a tough, physical Celtics that hasn’t been seen in recent seasons.

The duo of Williams and Al Horford has created an interesting dynamic, with the rebounding ability of Williams playing to the strength of Horford, who is slowly declining in his defensive ability, but providing physical presence in the paint defensively.

The Celtics’ defensive ability has the capacity to close out games early, which has been evident with their large leads. However, communication becomes another key downfall on both ends, as poor shooting is often a direct correlation of poor defensive attitude and structure.

Body attitude declines within the group during opposition runs, and it is clear to see the group has not found their psychological cohesion to combat inconsistent shooting and defensive blockouts.

With the inconsistency of Tatum and Brown gelling together, the Celtics need to have their eyes set on another shooter.

The fantasy of Bradley Beal teamed up with St Louis partner Jayson Tatum may lure the hope of another championship to Boston, but Beal seems to have no interest in the move, rather Tatum to his end.

The accumulation of bench depth has set up an off-season that may spark bigger changes than usual for the Celtics.

With the consistency of the group this season, playoffs may be a bigger task than expected. The East is becoming an even playing field for the first time in almost seven or eight years.

The truth for the Celtics is that inconsistency will get you nowhere. The bond of the group has not reached its strengths yet this season, but there are no signs pointing towards a brotherhood.

The repetitive cycle of the Celtics’ coaching woes have plagued them once again with a lack of clutch time consistency, poor psychological remains of choking leads and the failure to secure a squad capable of sustaining for the years to come.

The Celtics possess elite All Star talent. However, will the reliance on the pair become the never-ending cycle of failure in the Celtics’ quest for a 17th NBA championship?