It’s now more than 48 hours since the Wallabies lost to England on Sunday morning, Australian time.

And now that the immediate emotional post-mortems and reaction of varying levels of rationality are behind us, I’m left with a strange but somewhat familiar feeling of unknown.

On one hand, 32 points to 15 looks pretty comprehensive, yet it really wasn’t. Two tries to none, and one of those coming in the final seconds of the game, doesn’t exactly scream 17-point English domination.

Yet on the other hand, 18 penalties conceded, two silly yellow cards, and 18 missed tackles don’t exactly paint the picture of a team that narrowed the margin to four points on four separate occasions and back to one point just after halftime. 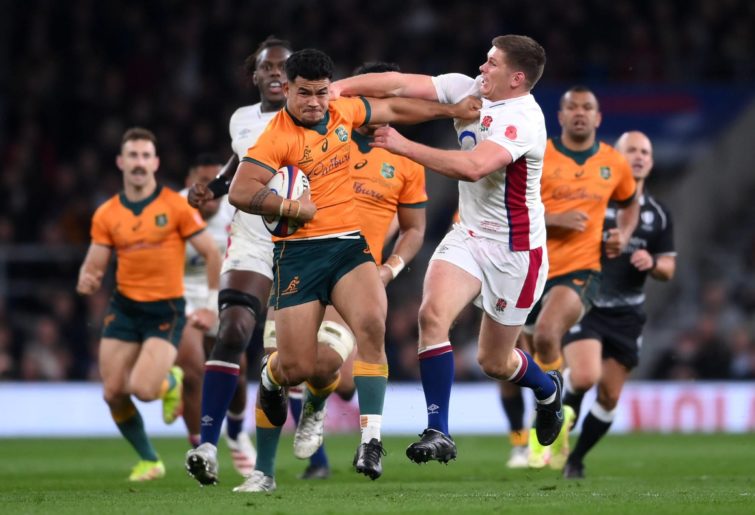 It took England 72 minutes to get out by ten points, their biggest lead of the match by that point. So if there’s a point to be made that the Wallabies didn’t play a lot of rugby, then England really didn’t play that much more.

And if the Wallabies could stay in the game as much as they did, why on earth were they so ill-disciplined to gift England so many point-scoring opportunities? Particularly given the recent history of this contest?

Over the course of ENG's 8-0 winning run O.Farrell has scored 150 points vs @wallabies 151. Farrell's points alone would have won ENG 5 of the 8. Ninety six of OF's points have come from penalty goals. Ongoing indiscipline is killing us. When will we learn?

When indeed? Owen Farrell missed a relatively kickable attempt in the 53rd minute, too, and of course Marcus Smith kicked the penalty to create the ten-point gap in the last ten minutes.

Post-match, Dave Rennie made mention of the one-sided nature of the game, “we got hammered in the penalty count. I think the possession and territory stats were in the 60s in favour of England.

“They choked us down there and we just made too many errors and dumb penalties. They put us under pressure, so it was frustrating.” 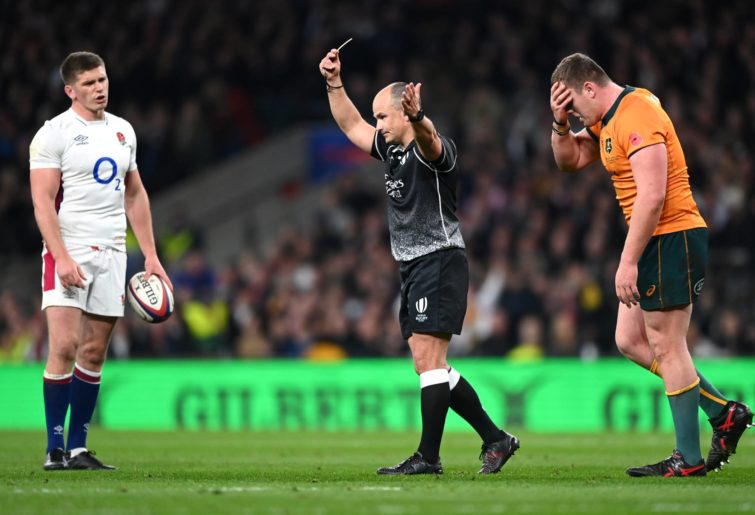 It’s here the official Autumn Nations Series website earns some due credit. In looking for some numbers last week, I discovered that the official site has been providing a much bigger set of the same Perform stats that many of us see on sites like Rugby.com.au, ESPN, and even the SANZAAR sites.

Yes, all the sites will tell you the final penalties conceded count for this game was nine against England and 18 against Australia. But it was here the extra stats on the ANS site tells us that five of them were in the ruck, three in scrums, and another five conceded on the ground.

And these were still being made until the 72nd minute, remember. How many more had to be conceded before the penny dropped? How any more for the same thing – off feet in the ruck, or running kick-chasers off their line?

“Halftime we hadn’t had a lot of ball or territory, but it was 16-12 and we fought hard. I thought if we could string a little bit more phases together, we could put them under a bit of heat,” Rennie said, kind of speaking to my point above about staying in the game almost in spite of themselves.

“But not accurate enough, not good enough, tonight.”

Not smart enough, either. And not quick enough, for that matter.

The extra data on the ANS site tells a bigger story here, too. Of those 41 Wallabies rucks won, 21.6 per cent produced ball in three to six seconds, and 37.8 per cent took more than six seconds. Add those two together, and you see that nearly 60 per cent of all Australian rucks took at least three seconds to clear.

By contrast, the same stat splits tell us 45.9 per cent of England’s 65 rucks won recycled ball in under three seconds, and another 34.4 per cent in three to six seconds. That is, more than 80 per cent of their ball was won in under six seconds. It’s no wonder the Wallabies attacked from a standing start so often.

But again, I keep coming back to the same point: the Wallabies got back within a try on four separate occasions.

Worryingly, the defensive efficiency has slipped for a second straight week, with the 18 missed tackles dropping the rate back to 83 per cent success rate. 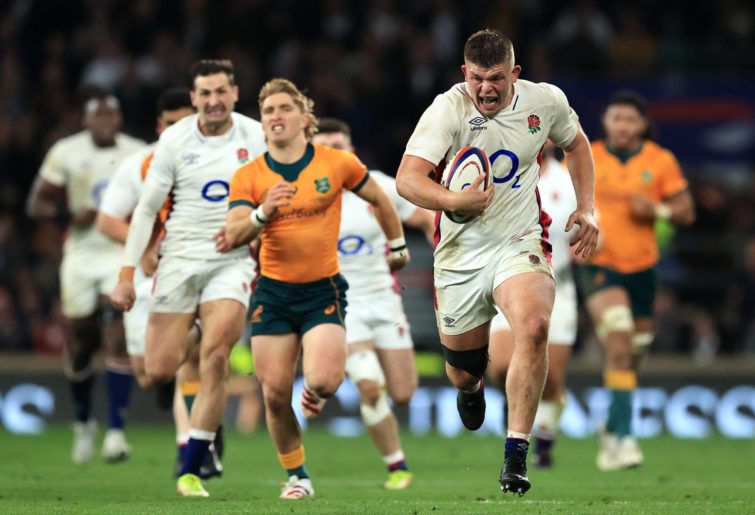 Equally worrying, England missed one in every four tackles attempted and the Wallabies couldn’t make them pay for that, despite making several second half line breaks.

At a guess, some of the 12 bad passes or 15 handling errors were probably related to this.

And I do wonder now about the impact – or lack thereof – of the overseas contingent over this past fortnight?

I’m quite sure the Wallabies coaches and selection panel were hoping for considerably more than what we’ve seen, and right now, I’d welcome suggestions as to why they shouldn’t be sent back to their European clubs this week with the best wishes of their country, and we’ll go back to the guys we were using before, thanks very much.

Yes, Rory Arnold has been good in the lineout and the maul defence, but so were Darcy Swain and Matt Philip. Tolu Latu didn’t show me anything in 16 minutes that Connal McInerney or Feleti Kaitu’u couldn’t. Kurtley Beale was decent under the high ball, I suppose, but so has been Andrew Kellaway. 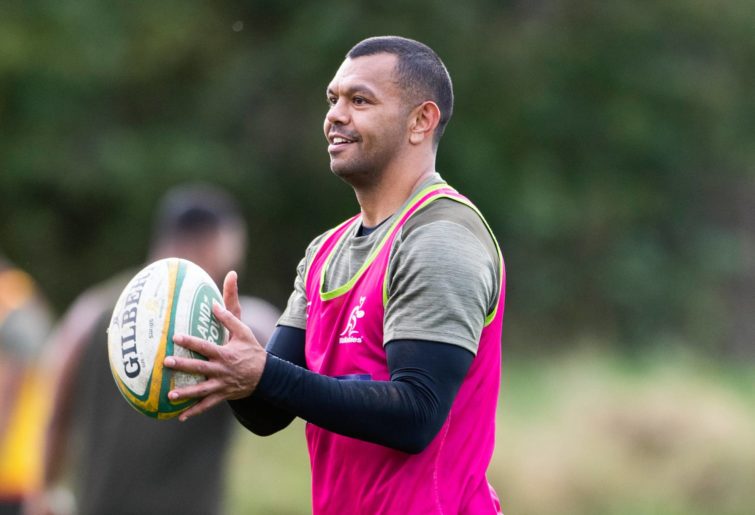 Will Skelton, in 47 minutes, has totalled three runs for two metres, made three tackles and turned the ball over.

As far as I can tell, the only positive to their filling holes in the tour squad is that some young guys have been able to start and will complete full pre-seasons back in Australia. I’m confident that was not supposed to be the sum total of the decision to pick European-based players.

And in fact, given the way James O’Connor continues to sit back in the pocket, I now wonder why it wouldn’t make more sense to slot Noah Lolesio back in at ten for the last game against Wales and rebuild the same tactics and game plan that delivered a series win over France back in June. Which feels like a decade ago, suddenly.

It would be rather ironic to finish the season the same way it started, given the journey in between, but it also feels like we’re pretty much back to where we started.

What worked a month ago now doesn’t. What seemed to make sense a month ago has amounted to nothing.

Hence my confusion today. Hence all the questions.

This has been one of the harder columns to write in recent months, because it’s really hard to make sense of anything about the Wallabies right now.

If this feels like a bunch of collected thoughts loosely cobbled together, that’s because it is.

I have plenty of questions, but simply no answers.