In the final round of Europe’s World Cup qualifiers, all eyes were watching Portugal versus Serbia.

Even if you weren’t a fan of either side, this match still had one of the greatest ever players the sport has ever seen – Cristiano Ronaldo – aiming to go to yet another World Cup.

The reverse fixture in Belgrade ended in a controversial draw while Portugal and Serbia have been neck and neck this campaign.

Heading into the final fixture in Lisbon, all Portugal had to do was not lose as they had a superior goal difference to the Serbs.

In what was a tactical masterstroke though, Fernandes’ replacement, Lille’s Renato Sanches, opened the scoring in the second minute.

Bernando Silva dispossessed a Serbian player and laid the ball off to Sanches, who slotted home.

After falling behind so early, Serbia went on to dominate the match against their highly fancied opponents, finishing with 58 per cent possession, more shots and more corners.

One of the hottest strikers in European football, Fiorentina’s Dusan Vlahovic, came close to equalising when he saw his shot cannon off the post.

Serbia were now in the ascendency, but the deserved equaliser came from a goal-keeping howler.

Rui Patricio has been one of Serie A’s most consistent goalkeepers with Roma, but his consistency came to an end when he allowed Ajax player Dusan Tadic’s 20-yard deflected shot to squirm through his grasp.

Vlahovic then thought he had given the Serbs the lead, but his goal was ruled out for offside.

This was quickly followed up by Eintracht Frankfurt’s Filip Kostic, who burst through the defence. But his shot was off target and struck the side netting.

The game was on a knife edge at halftime. If it stayed the same Portugal would automatically qualify for the World Cup in Qatar in 2022, while Serbia would be consigned to the dreaded play-offs. 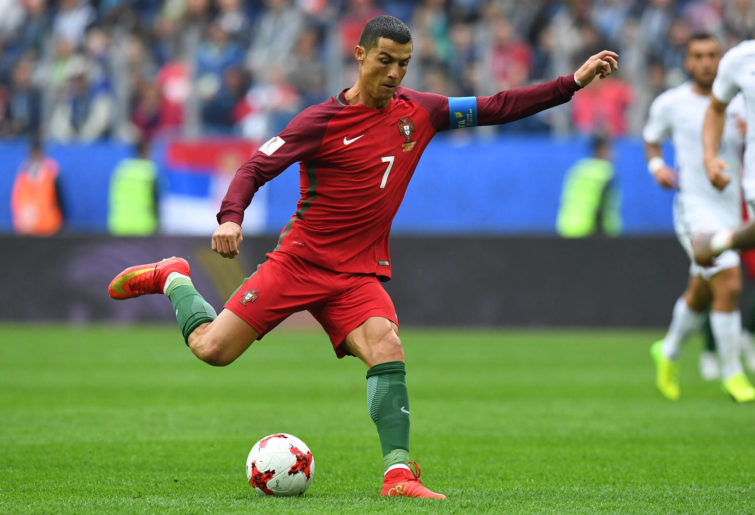 Portugal looked to close out the game by bringing on the defensive-minded Joao Palhinha and finally Bruno Fernandes. Serbia had one final roll of the dice, and that was the introduction of Aleksandar Mitrovic.

Mitrovic has been a derided figure during his time in England. He is capable of plundering goals in the Championship, but not the Premier League.

The six-foot-two hitman has already scored 20 goals for Fulham this season, as they look a shoo-in to win promotion back to the Premier League. The ‘Mitro’s on fire’ chant is one of the most popular in England.

He is Serbia’s all-time top scorer with an impressive 44 goals in 69 matches and came close to increasing his tally when the ball was crossed in with five minutes to go, only to see his header go narrowly wide.

Portugal was now firmly camped in their own box, all they had to do was survive injury time for an automatic place at the 2022 FIFA World Cup. But cometh the hour, cometh the man.

In the 91st minute, Mitrovic lost his defenders and headed home Dusan Tadic’s teasing cross to give Serbia automatic qualification.

Ronaldo cut a frustrated figure for the majority of the match, as he struggled to get involved in the play. Upon completion, he looked up at the heavens as if to ask how and why this happened.

Sweden, Scotland, Russia and Austria have already booked spots in the play-offs and either the Czech Republic or Wales will qualify via the Nations League rankings.

The final round of matches still has the future of several teams undecided, including Switzerland, Italy, Finland, Ukraine, Turkey, Norway, the Netherlands, Poland, England, North Macedonia and Romania.

Portugal have one of the best squads in the world, as well as the player many believe is the greatest of all time.

It seems unthinkable to not see Ronaldo at next year’s World Cup, but that is a distinct possibility depending on the lottery of the World Cup play-offs. 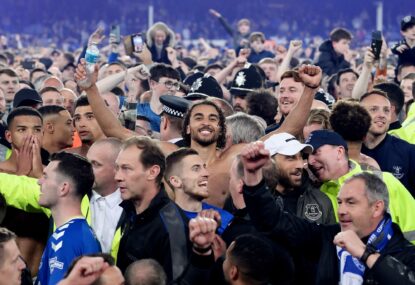 The Today Show tracked down the Tasmanian child tackled by Scott Morrison- and his response was iconic. 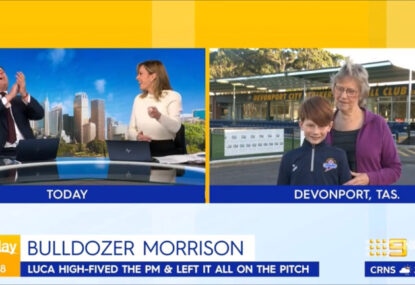