ANALYSIS: How and why World Rugby's panel reached its verdict in the Erasmus case

Rassie Erasmus, South Africa’s Director of Rugby, has been banned from all rugby activity for two months and match day activity for 11 months over his criticism of officials, inlcuding the video criticism of Australian referee Nic Berry.

Erasmus was found by a World Rugby-appointed Judicial Committee – on the balance of probabilities – to have threatened Berry to meet with him immediately or he would make his video clip footage go viral online.

When Berry did not meet with him, Rasmus was found to have set in motion “an almost inevitable consequence” and “readily foreseeable” risk of leak by sending a link to the infamous video to a WhatsApp group of 40 Springbok players and coaches without password protection, having the effect of abusing, insulting and offending Berry and his fellow match officials, by attacking their impartiality and integrity, “which can never have any place in the game.” 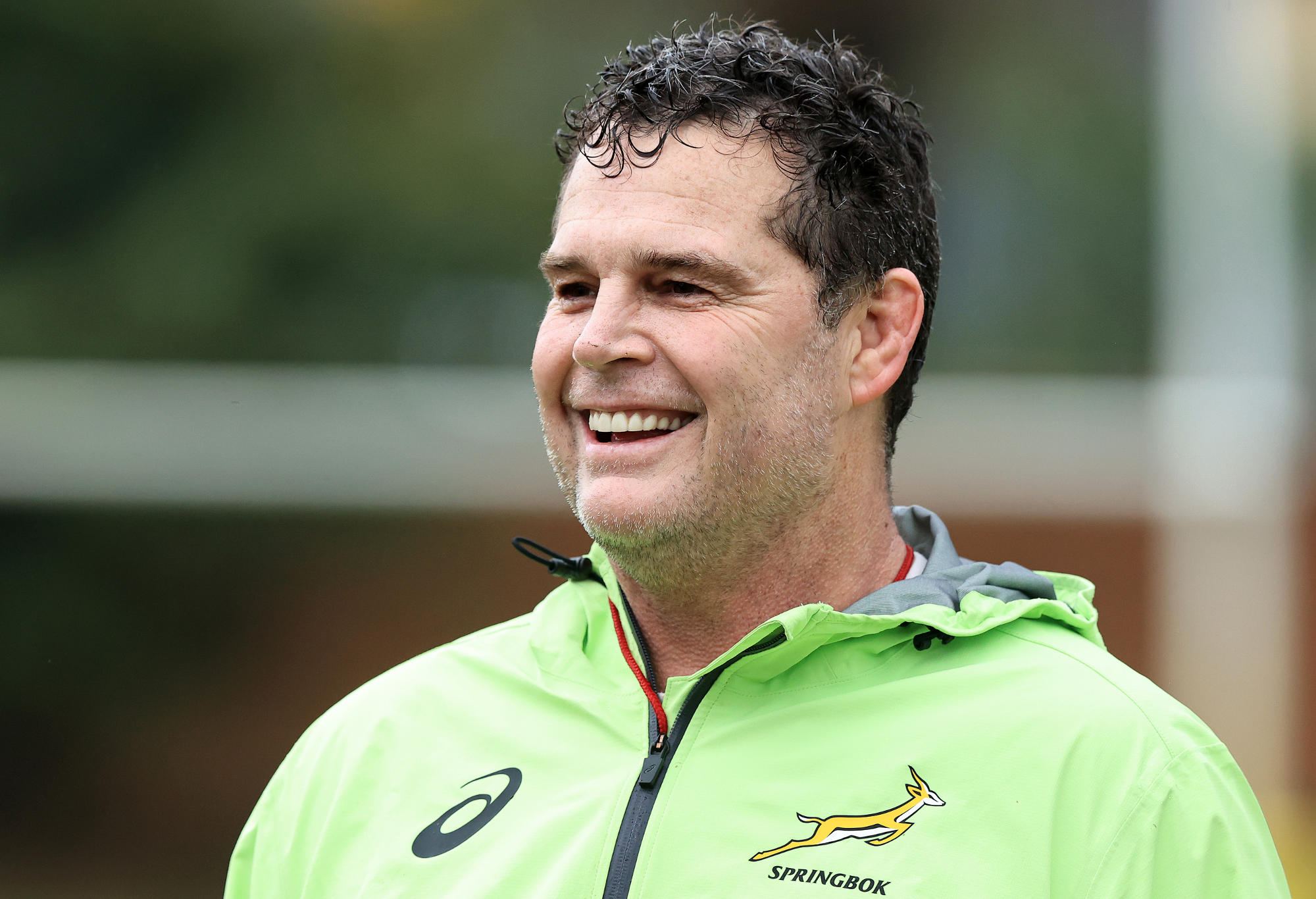 The panel, made up of three highly qualified lawyers, found Erasmus’s video to be an ad hominem attack, lacking detached analysis or balance, after an unreasonable demand for a meeting, and essentially a blackmail threat.

As most legal observers warned, the greatest difficulty in the case for World Rugby lay in proving publication. The tribunal was “satisfied” that Erasmus “caused” it to be published in a sense, by failing to protect it with a password, and being cavalier in distribution.

Five of the six charges required proof (on the balance of probabilities) of publication or that he permitted publication.

The panel decided Erasmus is perceptive enough to have imagined the moment he widened the circle to 40 recipients in his WhatsApp group, without password protection or stern warning to keep it confidential, he became guilty of publication or permitted publication.

The panel disbelieved the defence (that the video was made for that smaller audience) because the video itself had a 15 minute introduction, identified people who were well known to the supposed list of recipients, and contained sentences that seemed to show Erasmus knew it was going to go viral.

The fact that Erasmus never asked for the video to be taken down, or apologised when (as he says) it went wider, was significant to the panel.

As for the substance, proving it had a negative effect was always the easiest task. The panel quoted media headlines (“extraordinary rant” by The Times, “tears into referee Nic Berry” from the Daily Telegraph, “stinging attack” by the Guardian, a “rant” in New Zealand Stuff, and “slamming” by France 24).

Also, Berry himself gave the panel testimony about how he was affected, saying his reputation as a referee and person “will forever be tarnished.”

“I feel that Mr Erasmus engaged in a character assassination of me on social media. I have spent many years trying to build my reputation as an international referee and in the course of his video which was posted online, Mr Erasmus has caused it immeasurable damage,” Berry told the panel.

Fellow referees Ben O’Keefe and Jaco Peyper feature in the opinion: O’Keefe corroborates that Berry felt threatened by Erasmus, whilst Peyper denies being told this by Berry.

Eddie Jones and other coaches are discussed, when the panel supports its rationale for punishment. The panel felt Erasmus’s actions were the most damaging to rugby’s integrity and repute by a coach, ever, in tone and content.

SARU also cops a punishment, including a 20,000 pound ($37,000) fine, for failing to manage Erasmus sufficiently. However, SARU was cleared on the charge of allowing Siya Kolisi (who Berry testified he has “massive respect” for) and Mzwandile Stick to speak freely in a presser about this topic.

Erasmus and SARU have confirmed they will appeal the verdict which orders:

1. A rugby ban on Erasmus from now until October of 2022, with a stricter ban (any involvement of any kind in rugby at any level) in place from 17 November 2021 to 16 January 2022 than the rest of the period (which enumerates a list of actions he cannot participate in: match day involvement, match day attendance, match feedback, and media duties).

2. A warning not to break the rules.

3. A command to apologise fully and publicly to Berry and the other match officials from the first test in the Lions series.

Erasmus and SARU have confirmed they will both appeal the verdict.

The panel did point out the lack of a formal protocol governing the practice of post-match coach-referee discussion created some of this problem. “It seems sensible to us that if this practice continues it should always be regulated by a written protocol,” it found.

The panel went on to say this would probably have to be bespoke depending on the competition, but surmised meetings should probably be recorded and chaired by a ranking official.

The SARU fine is less than many had expected, but the ban is long and comprehensive. Thus, the appeal is not surprising to most.

No doubt, many will have wanted a higher fine and even a longer ban, but this appears to be a delicately balanced decision which the panel felt could hold up on administrative appeal, but also, if either Erasmus or SARU choose to go to English courts to attack any of the premises (process and publication, as well as disrepute could be challenged).