Ricky Ponting is tipping a key Ashes role for West Australian quick Jhye Richardson, who admits to questioning if he could return to his best after a shoulder injury.

Welcome back to Ashes Scout, where The Roar will capture the key story lines heading into this summer’s epic battle for cricket’s greatest prize.

While vice-captain Pat Cummins said on Wednesday that he doesn’t foresee any “pre-emptive resting” for Australia’s frontline fast bowlers this summer, former skipper Ponting wants to see Richardson brought into the XI at some stage.

“I think one thing we all learned last summer is how hard it is to get those same three fast bowlers through an entire series,” Ponting told cricket.com.au.

“So I’ll reckon they’ll think about when the right time is to bring a guy out of a Test match, probably with conditions not suiting someone … to freshen those guys up.”

He believes Australia could benefit from playing Starc in the opening two Tests in Brisbane and Adelaide before substituting him out for Richardson on Boxing Day.

Ponting views Richardson as “the next cab off the rank” rather than fellow back-up paceman Michael Neser, who is yet to make his Test debut. 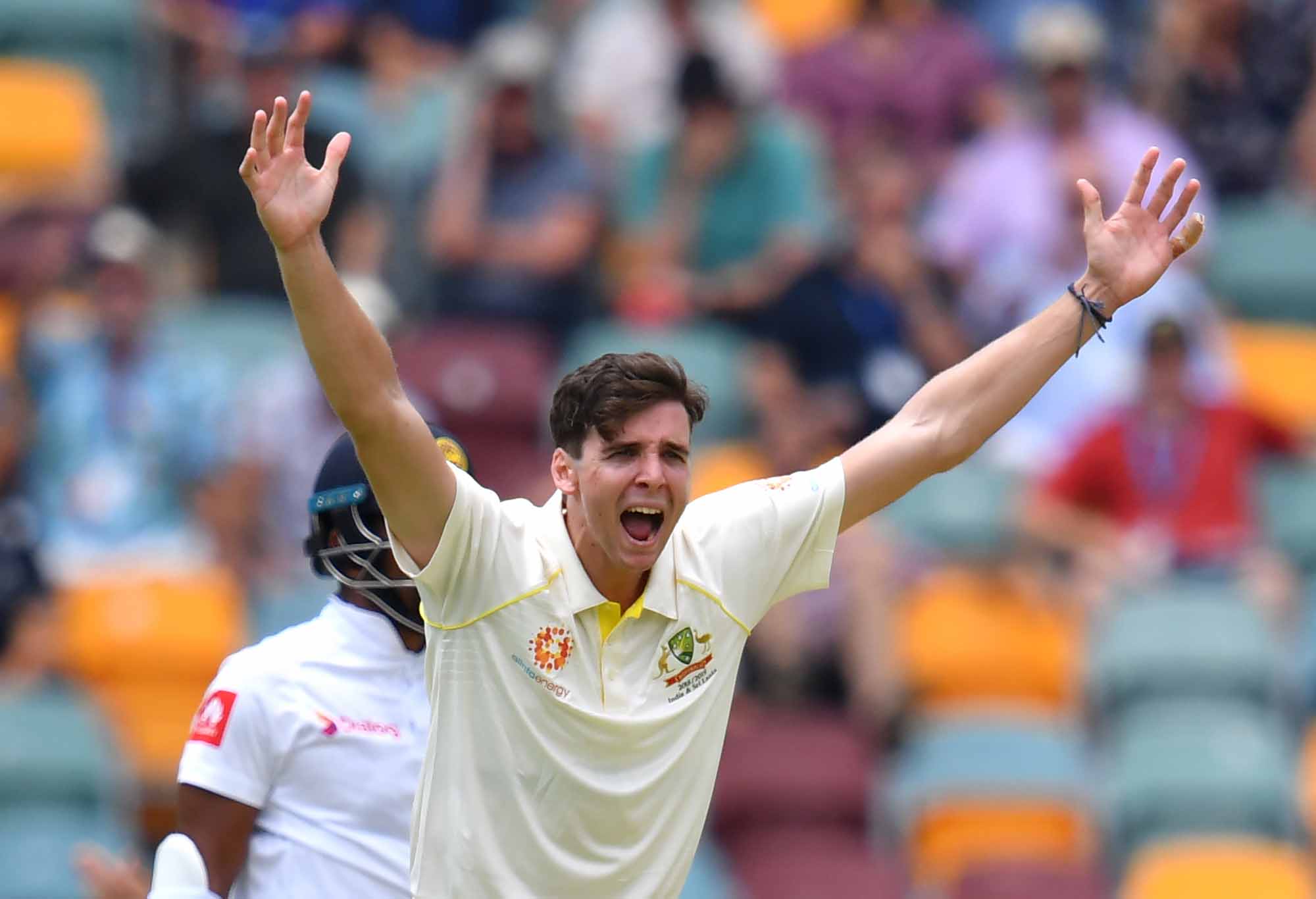 “I think Jhye has got a little bit more pace up his sleeve when he needs it (and) is more of an out-and-out swing bowler with the brand new-ball, whereas Neser is more of a seamer,” Ponting said.

Richardson, meanwhile, has reflected on his journey back to full fitness after being announced as part of Australia’s 15-man Ashes squad on Wednesday.

The 25-year-old played two Tests against Sri Lanka in 2019 and was expected to feature in the ODI World Cup and Ashes squads later that year before injury intervened.

The dislocated shoulder he suffered fielding in a one-day game in Sharjah knocked his confidence.

“An injury like that, that sets you back for so long. There’s certainly some of those negative thoughts that come in,” Richardson told reporters in Perth.

“Whether or not I’m going to get back to where I was. Or could I swing the ball or have my variations or whatever?

“Getting consecutive [Sheffield Shield] games in, it makes it all worth it … to know that I can bowl that many overs, relatively unscathed, I think it puts me in a good place.”

Richardson snared 8/61 in last week’s Shield clash with Queensland at the Gabba – taking 5/23 in the second innings.

“You had guys like Joe Burns and Marnus Labuschagne going up to selector George Bailey and saying ‘hey, that’s what you call top class fast bowling’ after play,” veteran cricket scribe Robert Craddock said on Fox Cricket’s The Follow-On podcast.

“He has bowled world class pace and swing both ways at the Gabba the other day. It was exquisite. When he played a Test against Sri Lanka a few years ago, he had so many tricks he almost tried to do too much.

Like Ponting, Craddock believes Richardson will receive an opportunity at some point during the Ashes.

“I know this, those three [Cummins, Hazlewood, Starc] will not play every Test. There will be changes. Green’s presence will help them with 12 overs per day,” he said.

Richardson said he didn’t “want to put too much pressure on myself”.

“It’s one of the biggest series that you can possibly be involved in. Super exciting,” he said.

“The focus is, if I do get a game, to just make sure that I’m doing everything that I have done up until this point.”

No selection input from Warner this time around

David Warner was happy not to be asked for his preferred opening partner before the announcement of the Ashes squad.

In the lead-up to last summer, former selection chairman Trevor Hohns revealed Warner would have a say in who was picked alongside him at the top of the order.

Warner publicly gave a strong push for Joe Burns, the incumbent at the time, amid a challenge from Victorian run-machine Will Pucovski.

As it happened, a groin injury sidelined Warner and a head knock did the same to Pucovski, allowing Burns and Matthew Wade to start the series against India as openers.

With a similar selection debate occurring leading into the Ashes, Warner was pleased to let the selectors make the call to anoint Marcus Harris his partner. 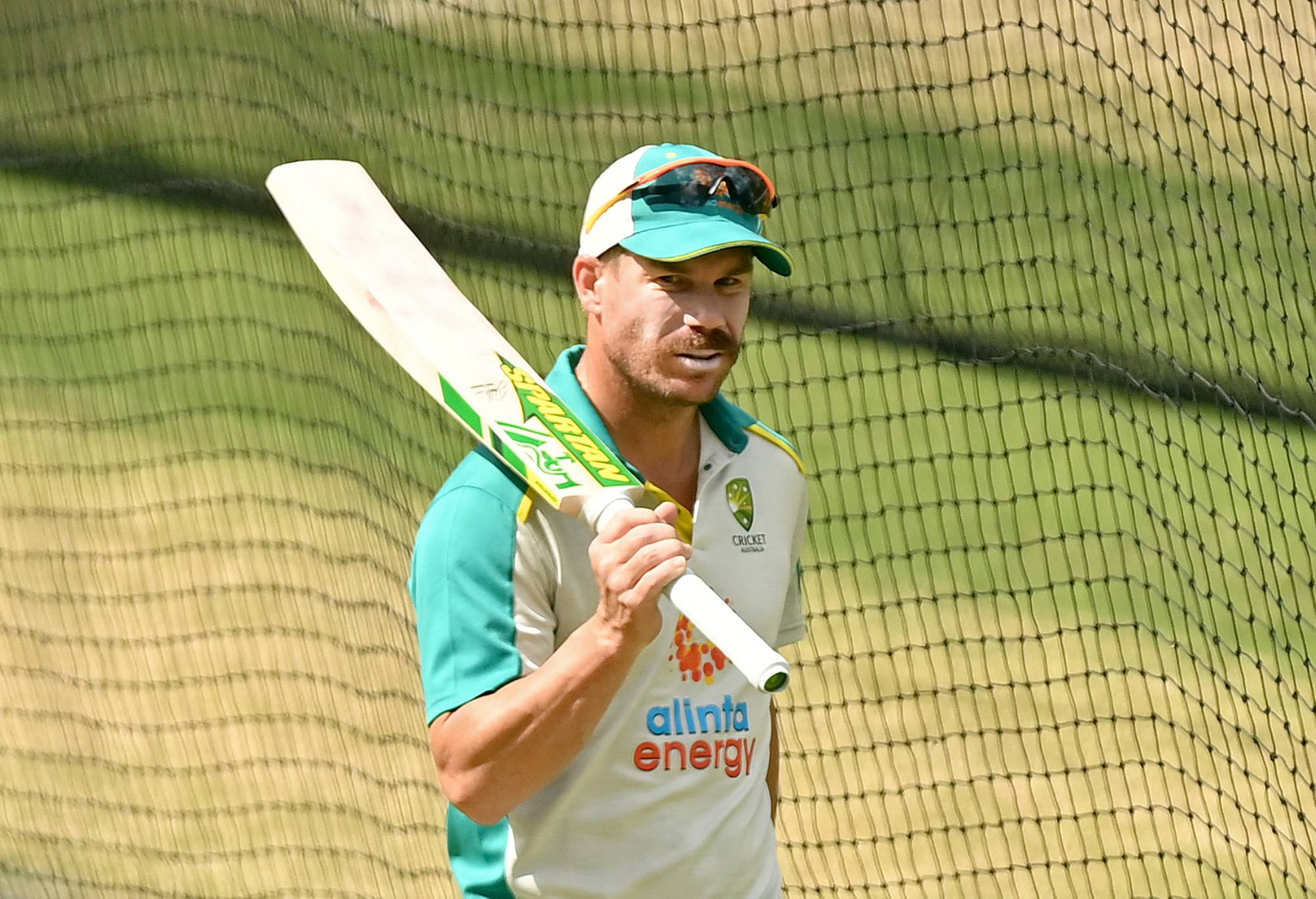 “I think I go back to the headlines with Joe Burns when I mentioned a couple of things,” Warner told 2GB radio.

“I’m glad that no one really quoted me this time because I think ultimately it’s the selectors’ decision, which it is.

“[Harris] has scored a lot of runs the last three years, he’s had a taste of Test match cricket, he’s a very, very good player and we’ve obviously got two left-hand batters opening the batting against a world-class attack.

“I know he’s pumped, I’m pumped, and we’re looking forward to it.”

Warner did, however, back Usman Khawaja to fire if chosen to bat at five. It appears the veteran is competing with Travis Head for the middle-order role.

“Having Ussie around – a good friend of mine, a guy that I know will do a fantastic job,” Warner said.

“He’s got Test match centuries under his best, he’s a world-class cricketer, a world-class team man, captains his state and you couldn’t have a better person to fit that role if he’s selected.”

Khawaja has another big fan in Ponting, who told cricket.com.au he’d find it odd if the 34-year-old isn’t picked to face England in Brisbane.

“I was actually a bit surprised that they named the two (Khawaja and Head),” he said.

“If they haven’t made a decision on it yet, I’m not sure how much clearer it’s going to get over the next period of time.

“I’m rapt for Khawaja. I’ve been on record a few times that even when he got left out, I still felt he was in Australia’s top six batters.

“Just reading between the lines, it would seem strange to go back to someone like him and not play him.”

Smith ‘past his superlative best’?

Over in the UK, The Telegraph’s chief cricket writer Scyld Berry has led the reaction to Australia’s 15-man squad, running the rule over each player.

And some of his comments could serve to motivate the Aussies.

Berry queried whether champion batter Steve Smith is “past his superlative best” despite the former captain hammering 774 runs on the 2019 Ashes tour.

Smith has only scored one Test ton since that golden period, taking a backseat in the 2019/20 home summer against Pakistan and New Zealand before scoring 131 versus India in January.

Whether the lack of Test cricket due to the pandemic has stifled Smith’s record-breaking momentum or only increased his renowned hunger for runs will soon be known.

But according to Berry, Smith – who boasts a Test average of 61.80 – is a lesser threat than fast bowler Pat Cummins and first-drop batter Marnus Labuschagne.

“Fine wicketkeeper, and decent orthodox No 7, but he will turn 37 during the Ashes and may struggle to set the playing example that he needs to do as captain,” Berry wrote.

“England have to target him even more than most opposing captains.”

And he believes Cameron Green is not quite a genuine all-rounder.

“Aged 22, has played four Tests, and scored good runs against India, but he is a place too high at No 6 and has still to take a wicket, so yet to fill the bill as an ‘all-rounder’,” Berry wrote.

Maybe Justin Langer will print some of those comments and hang them in the Gabba dressing rooms.

Marsh will instead turn out for Australia A in a tour match against the England Lions to get back into the rhythm of red-ball cricket.

If Australian coach Justin Langer is considering walking away from his post following the Ashes, he hasn’t shared those thoughts with Steve Waugh.

On radio this week, former captain Michael Clarke predicted Langer, who is contracted until mid-2022, will “resign” on the back of an Ashes victory.

Clarke believes the scrutiny Langer has weathered will have worn down the coach – “a little bit like Ricky Ponting at the end stage of his [playing] career where all the criticism finally caught up with him and he said, ‘My time is up’.”

Waugh, who was on Langer’s coaching staff for the 2019 Ashes, doesn’t agree.

“I talk to him regularly and he has never talked to me about stepping down or backing away from a challenge,” Waugh said.

“His whole career he was up against it. He was always a player on the edge, the next one to be dropped and will he get into the side?

“In a lot of ways it motivates him.

“You see it again, when you think he is down he just comes back and succeeds. That’s just in his nature.”