Another season is about to commence in the A-League. Here are the final squads and talking points for the weekend.

Talking points: Melbourne City go into the new A-League campaign as defending champions and with plenty predicting them to repeat the feat. They haven’t exactly played a mountain of football leading into this Round 1 encounter, but they were barely troubled in knocking South Melbourne out of the FFA Cup a week ago. The big question mark is around how much game time Socceroos squad members Jamie Maclaren and Mat Leckie will get here.

Brisbane Roar have cruised into the final eight of the FFA Cup without conceding a goal, however much was made of their recent 3-2 friendly defeat to an NPL Queensland All Stars side. Two of the NPL select’s goal scorers were Brisbane Roar players, but there’s no doubt the Roar look a little light on quality compared to last season. They’re also missing inspirational skipper Tom Aldred and new Argentine striker Juan Lescano through injury.

Prediction: Melbourne City may have topped the table and won the grand final last season, but Sydney FC gave them a run for their money. They’ll be out to stamp their championship credentials once again and to do that, they’ll need to beat sides like Brisbane Roar at home. The visitors will fly in and fly out on the same day given Melbourne’s coronavirus restrictions, and it’s hard to see anything but a home win for a City side stacked with talent.

Talking points: After a hugely disappointing first season as Western Sydney coach, the pressure is on Carl Robinson to turn things around. Rhys Williams adds some defensive steel to a defence that conceded countless cheap goals last season, while the Wanderers look stacked in midfield. Former Everton midfielder Jack Rodwell is the latest addition to the squad, but they’ll need ex-Wellington striker Tomer Hemed to find his feet quickly up front.

Sydney FC have been a model of stability in recent seasons, so much so that it remains a struggle to break into their starting eleven. They haven’t had the best of records in the derby in recent seasons, winning just one of the past seven. They should get plenty of goals out of Bobo and Adam Le Fondre in attack, but there’s no getting past the fact the Sky Blues are all another year older. They won’t need any extra motivation to fire up for the derby.

Prediction: It’s now or never for Carl Robinson. He’s strengthened every element of his squad, while the Wanderers will go into the new campaign with their fan-base expecting a turnaround in fortunes. It’s precisely because the Wanderers have so much to play for at what should be a packed CommBank Stadium that Sydney FC will be on guard. This game should be a typically tense affair, but the Sky Blues have the quality to nick all three points. 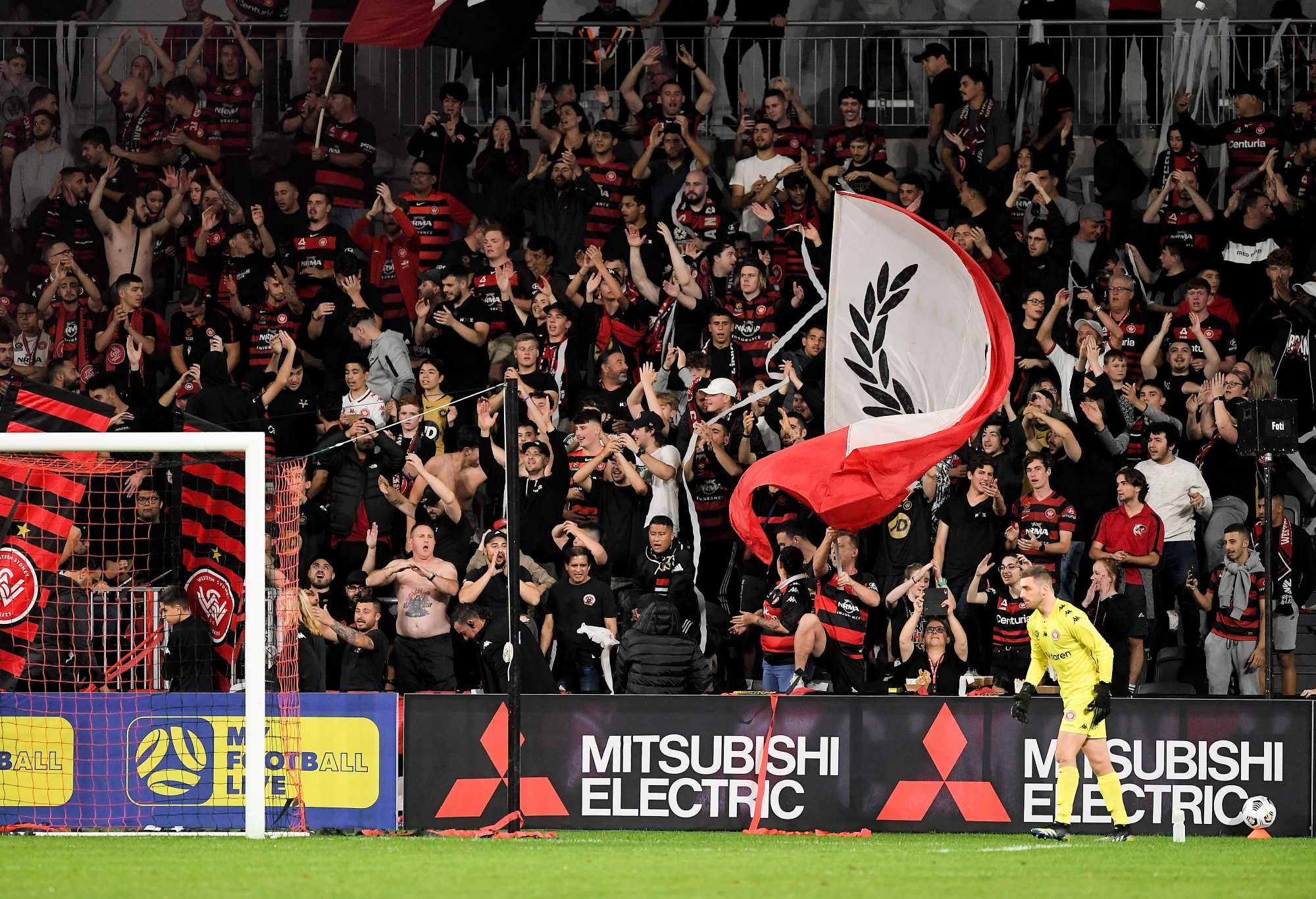 Talking points: Western United lost two and drew one of their recent pre-season friendlies with Melbourne City and new coach John Aloisi has a new-look squad at his disposal. Major signings Jamie Young and Dylan Wenzel-Halls should fit right in, but it’s the pedigreed Rene Krhin who’s worth keeping an eye on. The biggest question mark around Western United remains their lack of a home ground. They’re in Geelong for this one, but should they be?

After finishing bottom last season, it’s all change at Melbourne Victory. By far the biggest change is on the touchline, with Tony Popovic taking charge after last season’s debacle. On paper, this is a Victory squad that should be challenging for finals football. Matthew Spiranovic is back after two years out of the game, and he should form a formidable defensive pairing alongside Miranda. That said, it may take time for this Victory side to gel.

Prediction: One of the most ironic scorelines of last season was Melbourne Victory’s 6-1 drubbing of Western United at AAMI Park. That result practically cost Mark Rudan his job, but with fans back in the stands at GMHBA Stadium, we’re unlikely to see a similar result here. A more relevant result was arguably the scoreless draw the two sides played out in Geelong last January. With both sides still bedding in, expect a similar outcome in this one.

Talking points: There’s only been one talking point in Perth and that’s the signing of Daniel Sturridge. The former Liverpool star is nowhere near match fit and likely to start on the bench, but his mere presence has seen tickets flying out the door. Sturridge’s arrival has overshadowed the signings of Brad Jones and new skipper Brandon O’Neill, but as decent as the Glory squad looks, the question is whether Richard Garcia can get the best out of it.

While most sides have noticeably strengthened their squads, it’s hard to say the same for Adelaide United. The one caveat is the return of metronomic midfielder Isaias, who re-joins after a couple of lucrative seasons in Qatar. But elsewhere the Reds look decidedly short on quality, not least because Jordan Elsey, Tomi Juric and Al Hassan Toure have all departed. They could be the sacrificial lambs to the Sturridge welcoming party at a packed HBF Park.

Prediction: It’s not exactly clear whether Western Australia wants to remain part of the country, let alone boast a successful A-League team, but there’s no denying Perth Glory deserve to go into this game as red-hot favourites. Not only will a big crowd pour into HBF Park to see Daniel Sturridge, but they’ll do so in the knowledge it will be the only home game they’ll be watching for a while. It’s hard to see how the home side don’t win this one. 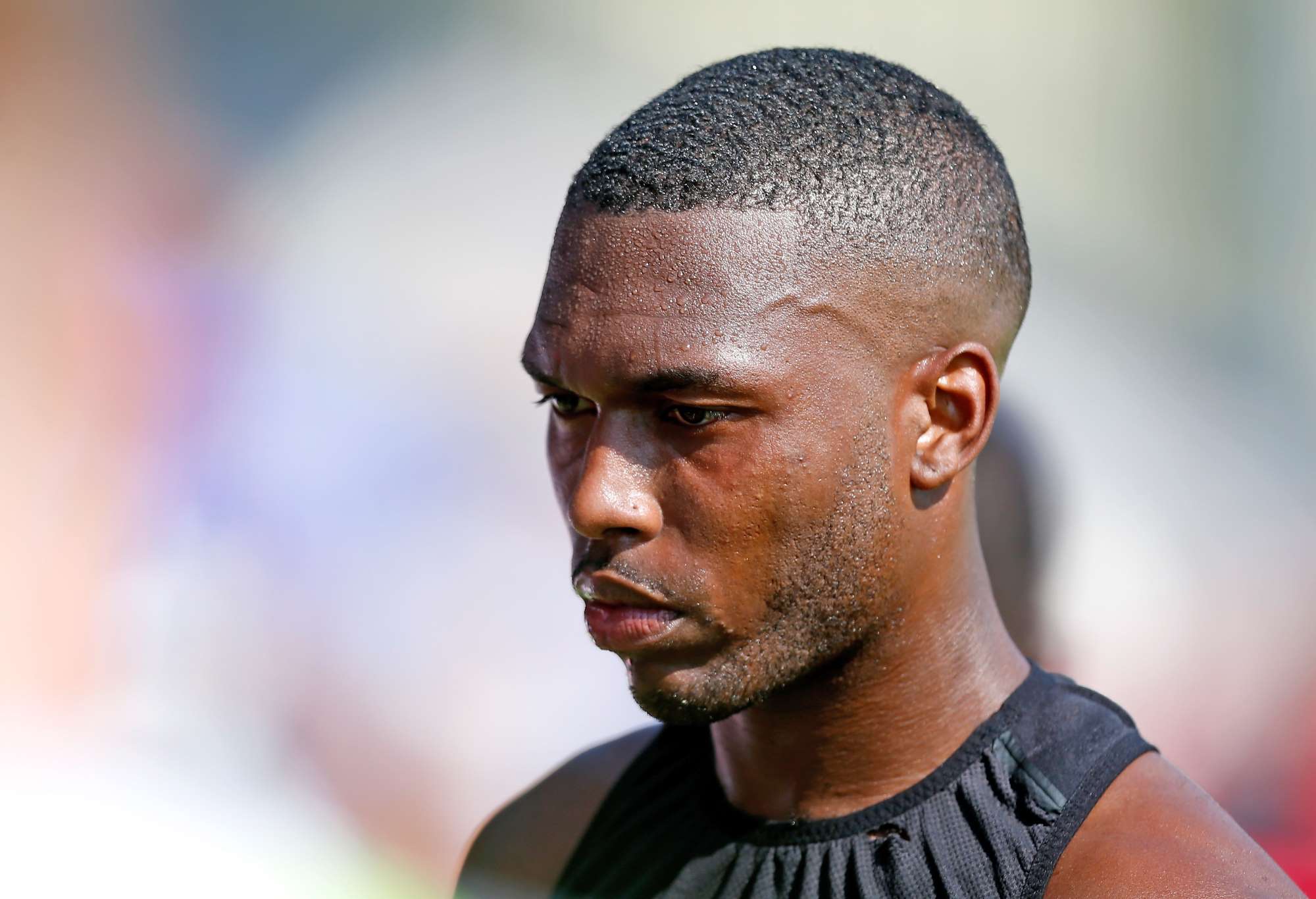 Talking points: Arthur Papas finally gets his chance in the A-League after a brief spell in charge of J3 side Kagoshima United. Papas comes with plenty of big wraps and what should be an entirely revamped Jets starting eleven. The Jets have almost made too many signings to mention, but Brazilian midfielder Daniel Penha and former Cameroon international Olivier Boumal look the stand-outs. Can they help the Novocastrians finally take flight?

If Newcastle fans go into the new campaign brimming with optimism, their local rivals could be forgiven for feeling slightly nervous going into the latest instalment of the F3 derby. Nicolai Müller is a handy pick-up from Western Sydney Wanderers, but that’s about where the good news ends for Mariners fans. They’ve got a rookie head coach in Nick Montgomery at the helm and he’ll have his work cut out for him following the popular Alen Stajcic.

Prediction: It’s never easy starting with a new-look side, but on paper the Jets should have the Mariners covered in every department bar one. How the Jets invariably wish they could bring Mark Birighitti back to the club, because goalkeeping remains a bit of an Achilles’ heel. Despite that, they should have the quality to claim all three points in the derby. They’ll even have former Mariners livewire Sammy Silvera on hand just to rub salt into the wounds.

Talking points: Round 1 ends with one of the most intriguing fixtures of the opening weekend. Macarthur FC did a lot of things right on the pitch last season, while doing several things wrong off it. Rumours continue to swirl around the reasons for Adam Federici’s sudden retirement and Mark Milligan’s decision to renege on his coaching role, but Ante Milicic won’t care given the squad at his disposal. The Bulls contain some serious firepower.

If Macarthur were one of the biggest off-season transfer winners, Wellington were one of its biggest losers. Gone are Stefan Marinovic, Cam Devlin and Tomer Hemed, while Steven Taylor retired shortly after being named captain. But the biggest blow is undoubtedly the loss of last season’s Johnny Warren medallist Ulises Davila. Couple that with the fact that Wellington are based in Wollongong once again and they’re starting behind the eight ball.

Prediction: After spending almost all of last season in Wollongong, Ulises Davila apparently liked the beach so much he was determined to move to Sydney. Hopefully, no one has told him how far Campbelltown is from the coast, but after a controversial move, he’ll be out to live up to his star billing in a Bulls jersey. This is a Macarthur side brimming with talent. They should claim all three points comfortably here to get their campaign off to a winning start

Melbourne Victory’s response has allowed it to escape with a $5000 fine over the actions of spectators who yelled homophobic slurs at Adelaide United’s Josh Cavallo during an ALM match at AAMI Park. 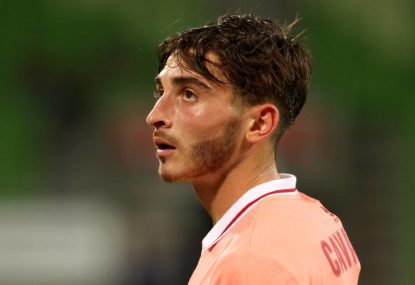 We’ve reached the first ad-filled drinks break on Melbourne Victory’s 2021-22 campaign, a quarter of the way through what promises to be a much improved season for the four-time A-League Men champions. 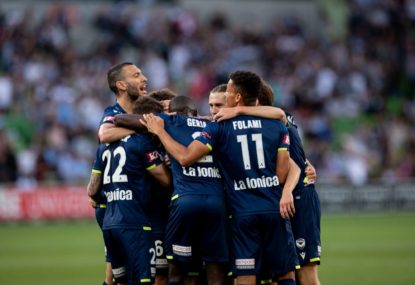