Welcome to Around the Grounds, where The Roar will look at what’s happening in the NRL world as players begin preparing for season 2022.

While Sloan has showed X-factor in his five first-grade appearances this year, scoring a try in each match including a double in round 25, Cody Ramsey is also in the running to succeed Matt Dufty.

Dragons coach Anthony Griffin is a big fan of Ramsey, who concedes he’ll need to bulk up during the summer in order to withstand the weekly rigours of the NRL.

“It’s a really exciting battle. We obviously both want to play there and it’s really friendly competition. When we run [in pre-season], we run just as hard as each other,” Ramsey, 21, said of his duel with Sloan, 19.

“We don’t really have a fullback that’s been in the game for a while to help us, so we’ve just been picking [assistant coaches] Peter Gentle and Heady’s [Matt Head] brains and see where we can go from there.”

Ramsey has played 21 games, mostly on the wing, since debuting in late 2020 and the Molong product readily admits his 82kg frame has copped some punishment.

“I’ve always been a good runner; I think it’s just the gym. I need to get a lot stronger and really study on what role I need to play,” Ramsey said.

“Size is a major thing, strength. I think everybody saw last year that I got battered a few times and the body didn’t hold up as well as I expected.”

Duff the former Dragon settling into the kennel

At 25, Dufty’s NRL career is in the balance having only signed a one-year deal with Canterbury after Griffin opted against re-signing him at the Dragons.

And while Dufty and Griffin had differing opinions when it came to football – with the fullback often unable to curb his naturally expansive instincts – it seems he and Barrett are on the same page.

“Trent Barrett, you can just tell how much knowledge he’s got. Just from the first few days, he’s already talking about what he wants to do in the future and how we’re going to attack,” Dufty told the Bulldogs website. 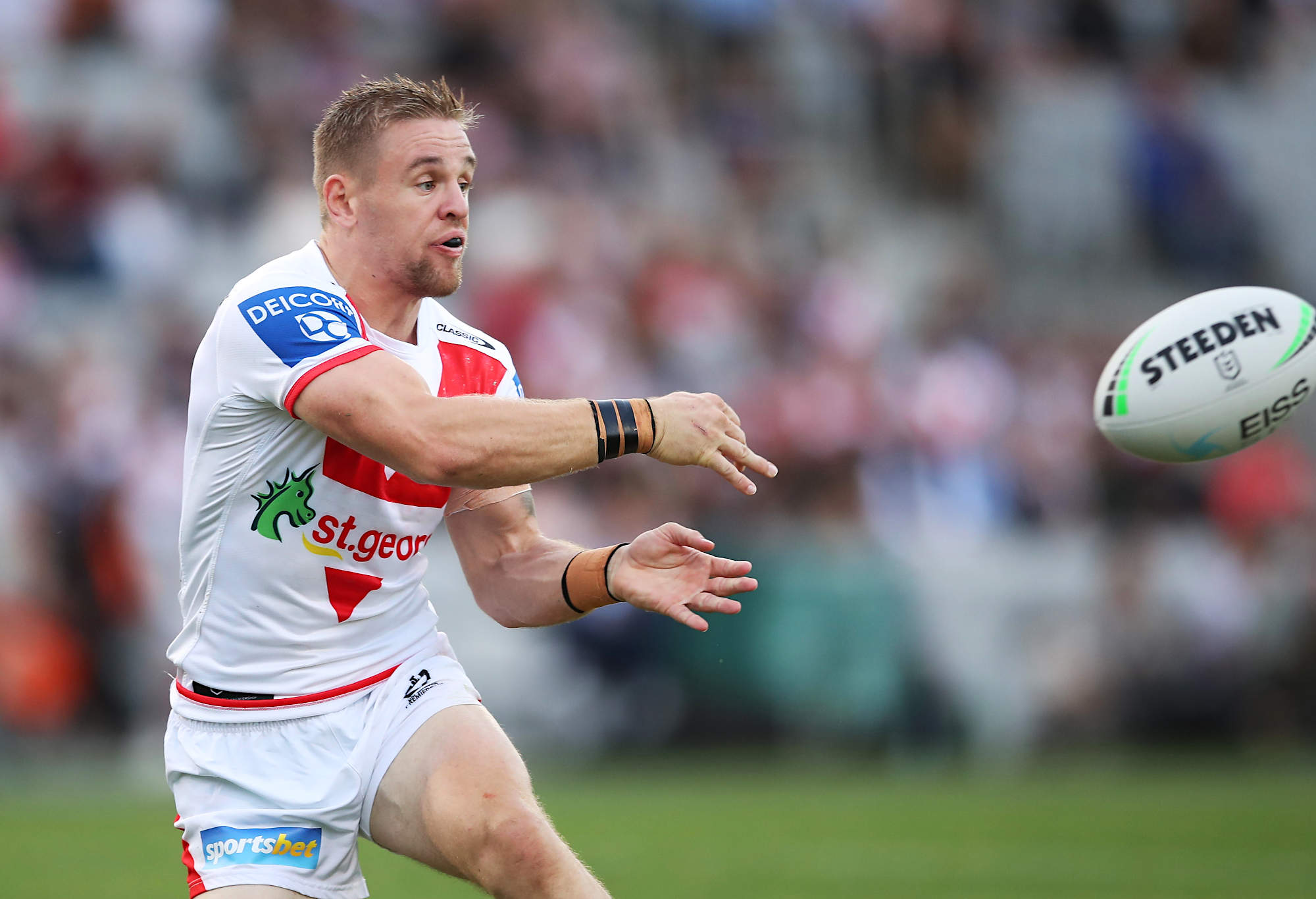 “Just listening to him talk, it gets you excited about the season ahead.

“We’ve got Gus [Gould, general manager] floating around too and he’s just a well of knowledge as well. Whenever you see those two together and they’re talking about footy, you just kind of stop and listen.

Dufty is one of several dynamic Bulldogs recruits, including Josh Addo-Carr, Matt Burton and Tevita Pangai Jnr, and was among the first to begin his pre-season work.

“I just want to be a team player. I want to get to know all the boys and get on with everyone. It’s been tough, it was a shock to the system coming off my time off,” he said.

“Having Vaughany [former Dragons teammate Paul Vaughan] here too is massive for me. We carpool and we’ve kind of get each other there as a pillar to lean on.”

Dufty and Vaughan will face their former club in round 12 at Belmore.

“It’ll be a weird feeling but I’m going to be so excited for it,” Dufty said.

Haas happy to be guided by Reynolds

By far Brisbane’s most consistent player over the past few seasons, Origin and Test prop Payne Haas wouldn’t look out of place as captain despite only being 21.

But while the prop said it “would be an honour” to succeed the retired Alex Glenn as skipper, he will welcome the leadership of new halfback Adam Reynolds.

“Having two grand finalists coming to the team next year, it’s pretty big for us young boys,” Haas said.

“It would be an honour [to be captain] but I think we’ve got some pretty special leaders around here with Capes and Reyno coming and with our young leaders like Patty [Carrigan] and Kotoni [Staggs].

“We need guidance on the park and in close games in the past if we had someone like [Reynolds], we would’ve probably won those games.

“His guidance and experience is going to help us a lot. His kicking game stands out the most. You watch Souths’ games last year, he was winning games through his kicking game. 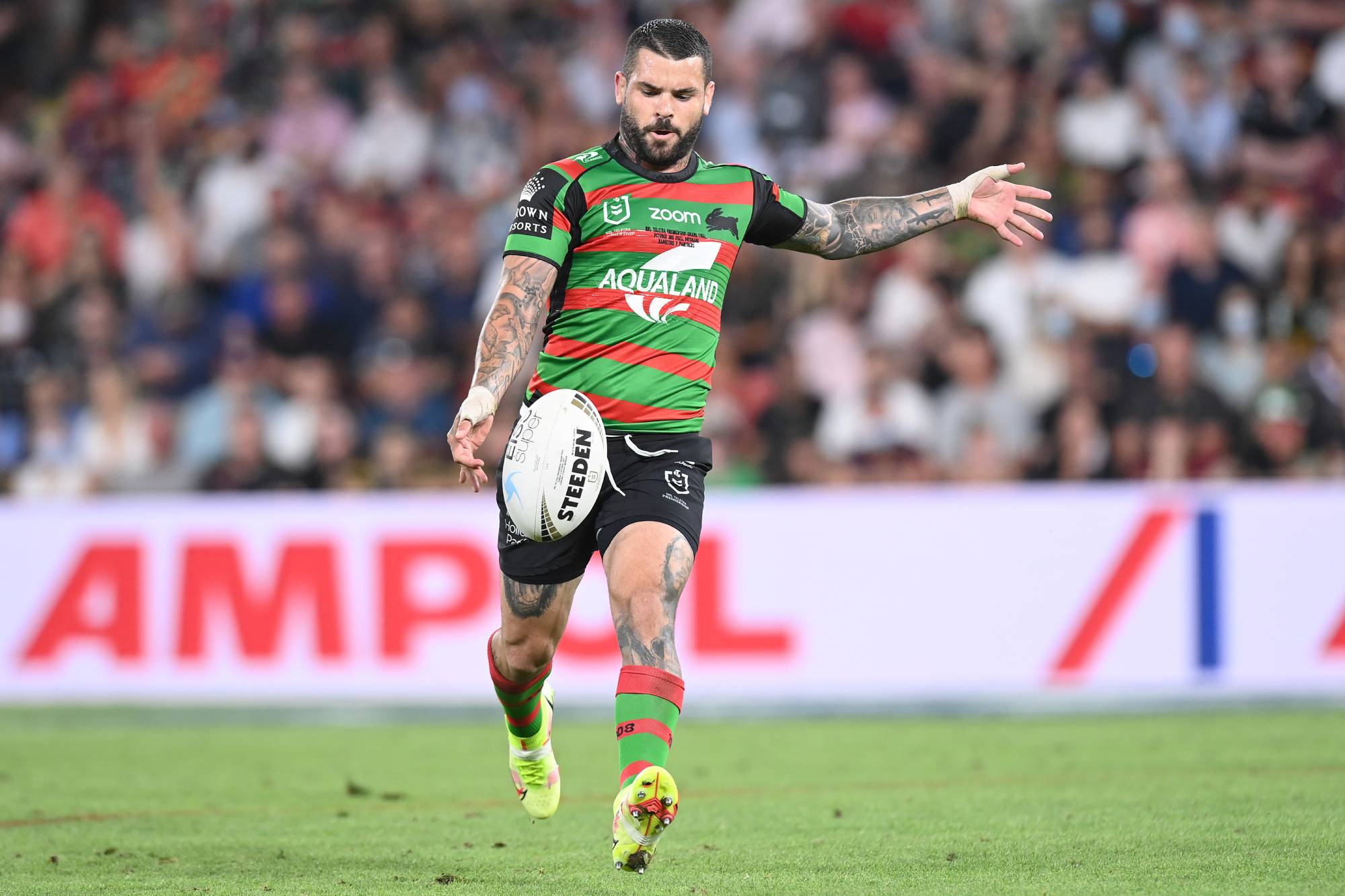 “I’m happy to keep focusing on my footy and keep improving. Hopefully in the near future, I just want to be a leader for the boys first on the field and take care of my off-field stuff.”

There were signs of improvement late in Kevin Walters’s maiden season as coach and Haas is adamant that Brisbane are on an upward trajectory.

“If you see how we finished last year, it’s a big improvement to the start of the year,” Haas said.

“I think the top eight, if we don’t go near that it’s a failure. We’re looking to strive for that and as long as we work hard we’ll get there.”

To do that, Brisbane will need a stable halves partner for Reynolds.

There are a series of solid contenders including Tyson Gamble, Albert Kelly and new addition Billy Walters, but Broncos CEO Ben Ikin tossed up another name: Ezra Mam.

Mam, who inked a two-year extension last week to keep him at Red Hill until the end of 2024, started out in the Broncos system as a 13-year-old.

The precocious teenager blitzed the Queensland Cup in 2021, bagging 13 tries and eight try assists in 11 matches for the Souths Logan Magpies.

“You’ve got a young future champion sort of battling for a spot with some seasoned pros – and there’s many of those examples that exist across the roster,” Ikin said on WWOS Radio.

“It’s important that in a halves combination, to get maximum impact across the season, you’re putting someone outside Adam Reynolds that’s going to complement his style. Cody Walker certainly did that at the Rabbitohs.”

There’s been a lot of chatter about Newcastle making a play for Wests Tigers halfback Luke Brooks, but they may already have a replacement for Mitchell Pearce at the ready.

Instead, former St George Illawarra playmaker Adam Clune, who has joined the Hunter team after playing 25 NRL games in the Red V, could get the first crack.

“Adam Clune has arrived and is winning all the fitness tests. All the standards we’re setting, Adam Clune is winning a lot of those. So he’ll get an opportunity,” Buderus said of the 26-year-old.

And he didn’t rule out shifting Kalyn Ponga to the halves. 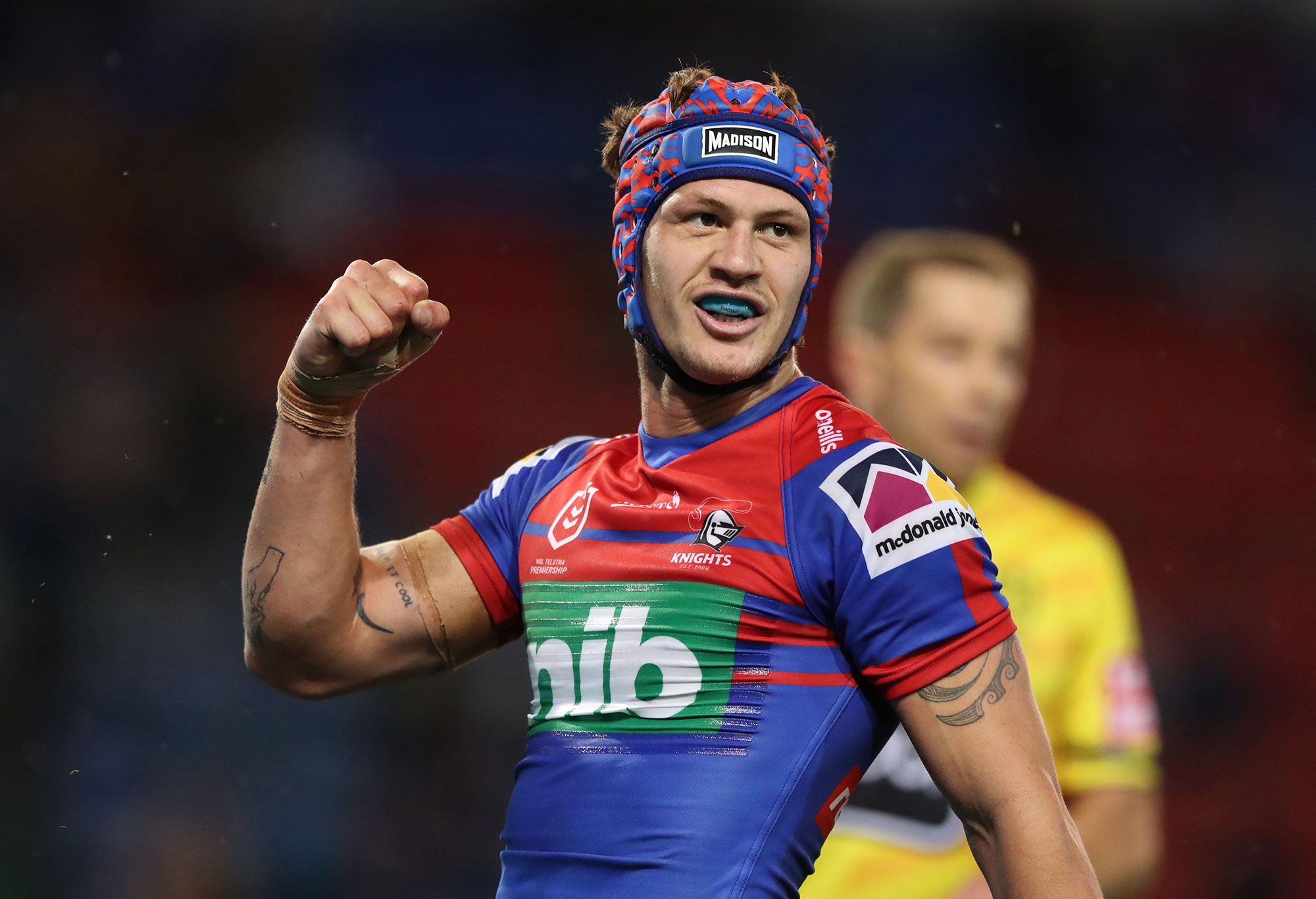 “Do we go another way and buy a fullback? A lot of different options we’ve got to weigh up, but we’ve got a lot of work to do,” Buderus said.

“The way we play, the more times Kalyn Ponga touches the ball, the better the team is going to be.

“It’s about how we structure our attacking processes and Kalyn getting the ball a lot of the time as you’d expect.

“At the same time, we need an established, experienced half – and Adam Clune brings that. I’m excited by the way Phoenix Crossland has come back in and I think the combination is set between those guys.