Tim Paine is not the man we thought he was. Is anyone?

To quote Obi-Wan Kenobi, you were the chosen one!

And yet it seems that Tim Paine, far from being the one who would bring balance to the Force, has turned out to just be another sporting pimple, waiting for the chance to burst all over his own team and the country that cheers for it.

Tim Paine, it had always seemed, was a genuinely good guy. Sure, he was terrible at sledging and would be ill-advised to ever get up at an open-mic night, but everything pointed to him being what we’d searched for so long: a mature, intelligent Test captain who fought to the last breath for his country but carried himself always with an innate sense of decency.

It wasn’t just that he would refrain from ball-tampering and have the strength of character necessary to make sure the rest of the team did too. It wasn’t just that under him the Australian team would be summed up more by footage of players having a cuddle and sharing flavoured teas than by the image of fast bowlers screaming threats at batters. 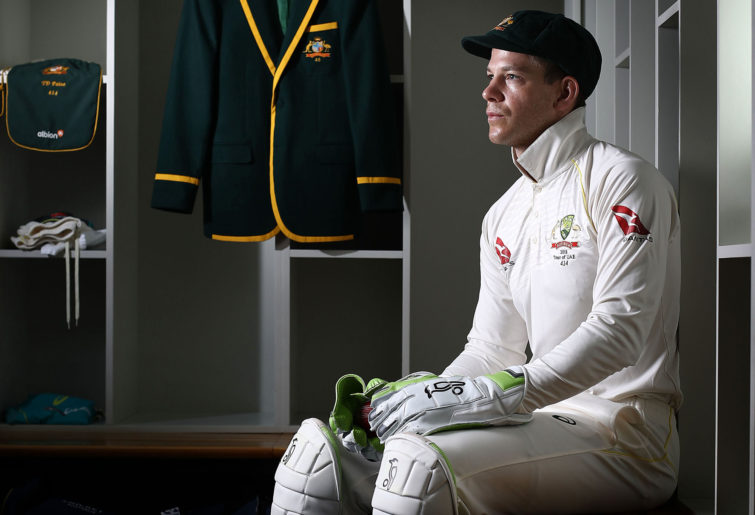 No, Paine was nice. He was nice to us. He was nice to his players. Even when he wasn’t nice to the opposition, he was not-nice in quite a nice way. He was nice enough that even when his on-field form slipped (and to be honest it never really slipped as badly as his harshest critics would have it), everyone felt it was worth having him at the head of the side. Because a good man is hard to find, and Tim Paine was a good man.

Hell, for all we know he still is a good man. Not every man who behaves like an unspeakable creep for a certain amount of time forfeits the right to be thought of as a good man for all time. We don’t know whether Paine is a lifelong distributor of uninvited genitalia, or just your average twit who temporarily forgets how to behave like a decent human being.

But what we know is that Tim Paine is not the man we thought he was. And at this stage we have to question whether anyone is.

It seems that revelations about sporting heroes – at least those of the male variety – are almost never of the positive sort. When we learn something about a sportsman that we never knew before, it’s hardly ever that they secretly visit children’s hospitals on their days off or that they donate half their salary to a fund for hunting war criminals.

It’s always more likely that at some point in their life they made a hobby of racial abuse, or that they’ve been telling people that vaccines cause autism on Instagram, or of course that old favourite: their penis has been seen somewhere it shouldn’t have been.

That last one is nothing new to Australian cricket fans, of course. One can only imagine what we’d have been put through if Shane Warne had gained the captaincy he so coveted. Every week would’ve been another round of ‘I deeply regret my behaviour, but I will not be standing down…’

But even Warne was, once upon a time, a golden boy of whom nobody could speak ill. They all were, the Feet of Clay Brigade that have gone marching through our national team for decade upon decade. So many heroes, so many disappointments. Not that sportsmen have to be virtuous. Their job is to play games, and maybe looking to them for moral excellence was always a bad idea. Expecting professional athletes to be role models in anything but prowess at their chosen sport is naive in the extreme by this stage in history.

But still, it feels good when we think a great sportsman is also a great man. And the feeling when we turn out to have misjudged him is a terrible leaden thud inside our chests.

Tim Paine’s was not the worst act committed by a sportsperson, and maybe he’ll one day make proper amends for it. But it’ll always be there: we’ll always remember the thud.

Maybe it’s time we all gave up on heroes. Maybe we’ve just got to accept that they only ever existed in movies.