I hope that this little essay would be read by World Rugby, and taken seriously, but I doubt it.

I am definitely not in the Rassie Erasmus camp and I am a fan of Nick Berry, just to establish the basis of this post.

I am not against referees and have the utmost respect for the hard job they do.

I refereed for a couple of years back in the ’80s because I mistakenly thought that that was the best way to stay connected. I basically hated the experience and gave it away after two years. Coaching and managing were more the go for me.

At the risk of being too repetitive, I repeat the little anecdote that I have told a few times before here.

In the earliest days of Rugby in UK, so the theory goes, there was no umpire or referee on the pitch. The captains, being gentlemen (apparently) sorted out any disputes, and if they could not reach agreement, they “referred” it to some luminary on the sideline, such as the local vicar, or magistrate, or someone else of importance. Hence the term ‘referee’ when literally every other sport has ‘umpires’— except the mungos, of course, who blindly imitate everything we do (that should be good for a few flames!).

My thesis was that they could just as easily be called ‘umpires’ as in other sports, but as far as I can tell, an umpire is someone whose ruling is final and binding. Someone who has the courage of his convictions. Someone who is prepared (or able, given the rigours of his employment contract) to suffer criticism for the way that he manages a game.

A referee is someone whose rulings depend on other final arbiters. The title referee is probably more apt than ever – because these days they have a tendency to refer everything. I do understand that being a high-level referee is a job where you are constantly under review and you don’t want to make the kind of mistakes that cost your career, but I question whether or not we have gone too far in the wrong direction. 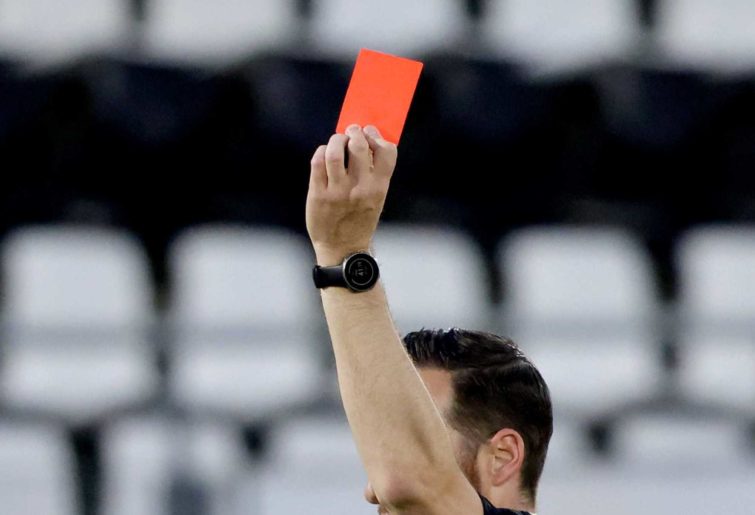 I didn’t watch the game that Nick Berry refereed on that Lions Tour, as I have no interest in Lions vs SA games, but I have read the 80-page judgment and I have drawn my own conclusions. I do feel for referee Berry, and I do feel that the Saffas have shown how petulant they really are. No respect, gentlemen.

But, unfortunately for the likes of Mr Berry and all of his colleagues, they are being forced by World Rugby to be referees, and here, I include TMOs.

Personally, I would prefer the term ‘nuisance’, the way things currently stand.

We’ve seen many games this spring or autumn series (depending on which hemisphere you live in) where the TMO has had way too much involvement. I’m not suggesting that there is any difference between NH and SH. Give them an inch…know what I’m saying?

I’ve just watched a replay of Bristol vs London Irish (30/10) where three Bristol players were all yellow carded within eight minutes of each other, so three on the bench at once. Ridiculous. Even though I am a London Irish fan, I don’t want to see my team getting an advantage because it was a 15-12 contest. If the referees got their way they could send 15 or 20 men a game to the bin. Do we want that?

Of course not, and neither do the refs, so don’t hold that hammer over their heads.

By the way, if you get a chance, have a look at that game on Stan, it was a cracker and nobody made the kind of schoolboy handling mistakes that the Wallabies made last week. I have to say that English Premiership Rugby is a joy to watch despite the referees.

A couple of seasons ago, I watched an NRC game that was refereed by Damon Murphy. There was no TMO and the ref had to make decisions on the spot, with the occasional help of the touchie. It was a most entertaining game, the decisions were made quickly and decisively and the commentators made special mention of it.

The TV presenter didn’t go into any great level of interpretation, with not too many replays and just got on with the game. I can’t even remember who the teams were, but it was an incredibly good spectacle and not interrupted by continual stoppages while we went upstairs. I think Queensland Country might have been one of the teams.

Quite possibly what got Murphy into the top rank.

So, what are the unintended consequences?

Deliberate knock-on or accidental knock-on? I mean, really? If you analyse the stats (and I have not) I would think that about eight times out of ten the player is really trying to intercept. Yet we penalise the innocent, just in case they are guilty (about a one in five chance – Sportsbet would not give you great odds on that).

Scrum, ruck and maul penalties – a lottery. How do we fix it? I don’t know.

Head contact – yes, we have to be tough on it, no question, but there should be a referees’ protocol that if the ref exercises a bit of commonsense or compassion, he or she won’t have a career consequence applied. It’s a developing protocol, and the referees should be encouraged to be part of its development.

We must never forget that we celebrate the fact that “rugby is a game for all shapes and sizes”…it’s actually enshrined in the laws, so we have to be cognisant that big men will have to tackle littler men, that people will, occasionally get their head in the wrong place and cop a knee, so we have to work out ways to deal with it.

Talking to officials – does it come from frustration? I’ve noticed that at least in the NH everybody wants to be the ref’s mate, give him a pat on the arm and have a chat. By and large the refs deal with it pretty well, but why should they have to? 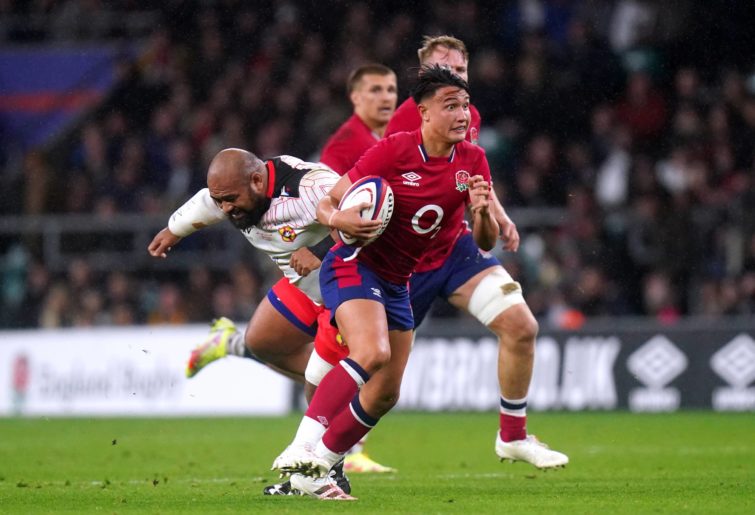 If we just concentrate on those four issues, we could eliminate a fair few yellows and reds. I still believe that we should go like football, where a yellow means you stay on the field, but get cited. In other words, let the ref be the game ref and let the citer/tribunal be the judge. We need to keep it a 15-15 game. Any argument in favour of red cards and send-offs, is, in my view, bullshit.

Many years ago, when I was coaching at Norths in Sydney there was a referee, Flip van der Westhuizen. The players loved being refereed by him because he let the game flow and was very loud in his explanations. He facilitated pure running rugby. In fact, Campo asked him to referee his farewell game, which, if memory serves was an Australian BahBah’s game against a mob of internationals from all over. Crazy game and a cricket score, but a great game for the players and a magnificent spectacle for us watchers at the SFS.

Van der Westhuizen was, unfortunately, a casualty of the start of the professional era and was let go from the top level. An absolute loss to all of us at Northies, and probably to many other clubs, because, at the end of the day, rugby is meant to be a game that is enjoyed by players and spectators alike, and if you kill the spectacle and the joy, you will eventually kill off the game.

If you are reading this, Flip, kudos to you. You are a part of a lost generation.