Pat Cummins has been named, as expected, to captain Australia’s Test team and the phone will now start buzzing with messages from the Fast Bowling Cartel WhatsApp group (president Pigeon McGrath), to celebrate this unusual achievement.

Pat’s qualifications are strong. He’s a star player – arguably the best fast bowler in the world.
And you can glean a lot about his character from the way he bats – he’s stubborn, he fights and he gets the most out of himself. Cricket skills wise he’s almost perfect – inspirational with the ball, dogged with the bat, gun fielder.

Having spent that six years out with injuries to go and do a degree shows he’s an intelligent bloke as well. 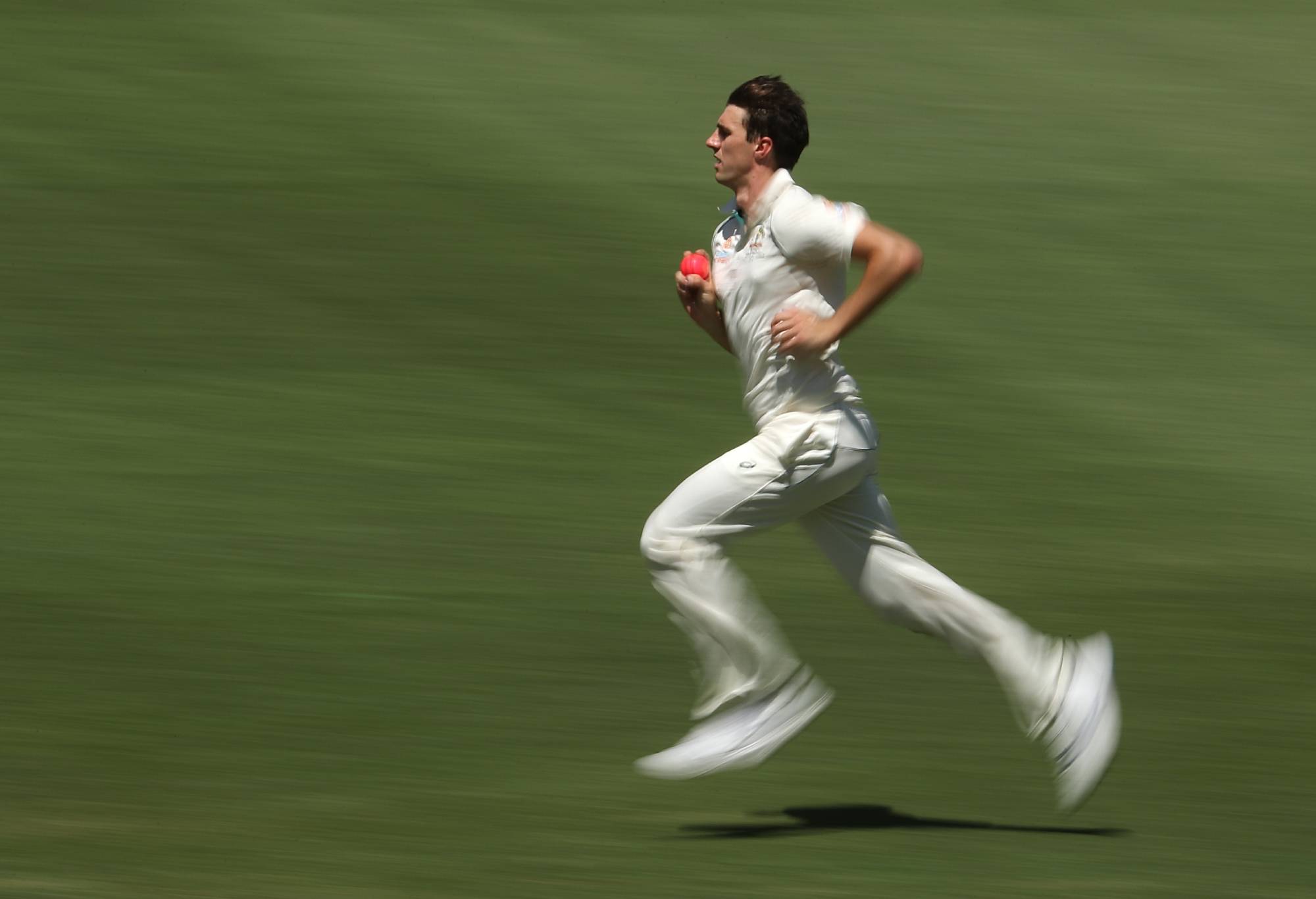 If he wasn’t a fast bowler you would think he would just be a natural option for captaincy., and there wouldn’t be any questions about it.

Australia’s last paceman/captain was Ray Lindwall for one Test in 1956, and we’ve seen Bob Willis and Courtney Walsh do it.

But the blueprint for him will be as an Imran Khan-style leader.

Imran was inspiring with the ball in hand. We know Pakistan can be a volatile type of team, and he galvanized them. Then there’s the way he handled Abdul Qadir – being able to get the absolute best out of a spinner showed how versatile he was. 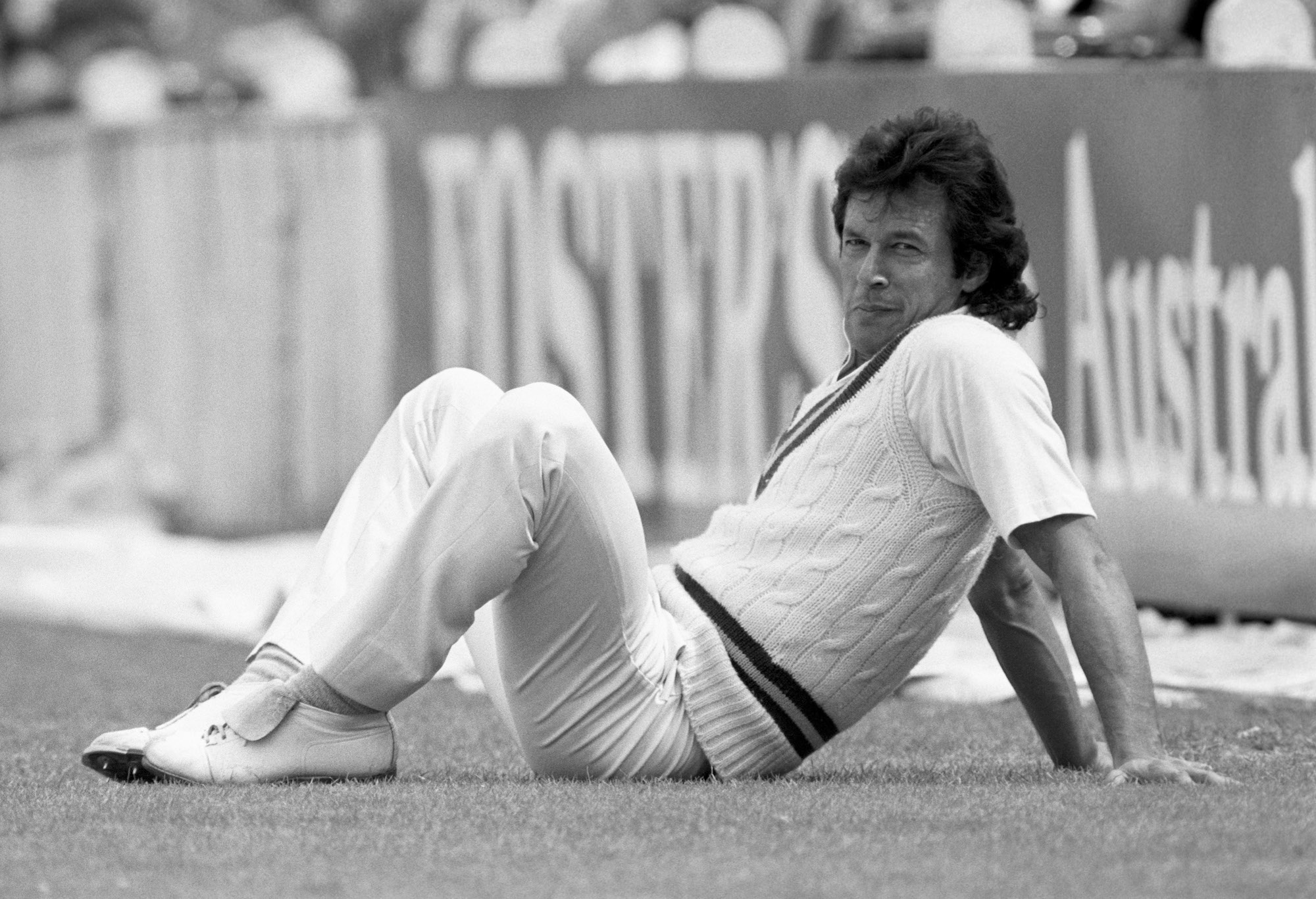 Imran Khan is a giant of Pakistani cricket. (Photo by S&G/PA Images via Getty Images)

That is a big one for me – how a team uses its bowlers.

Batting captains really don’t understand bowling. I never had a batting captain where I thought ‘this guy really knows what a bowler goes through’.

Pat will benefit from having an experienced bowling unit with Josh Hazlewood, Nathan Lyon and Mitchell Starc beside him.

Even if a Jhye Richardson or Michael Neser plays ahead of Starc we’ve still got two very experienced players as well as himself.

The biggest stress on him will come when the the team is bowling. When they’re batting, he’s got the experienced guys there and the coaching staff as well so that’s not a concern. It’s on the field where the pressure will rise, so to have low maintenance, high output bowlers will make his job easier.

We’ve seen Tim Paine, and others, be quite chirpy at their opponents but I don’t think the verbals are important. Mark Taylor never engaged in that.

Temperament wise, Pat reminds me most of Tubby. He always seems to be in control of his emotions.

It’s an adrenaline sport. When the adrenaline’s going, it’s easy to go over the top at times. But I don’t think I’ve ever seen him go over the top. Patrick’s just about the most composed fast bowler I’ve seen.

What is important is being able to talk to the group, and my understanding is he’s very eloquent. He’s got no problems confronting things off the field – he will verbalise and motivate.

And he will be strengthened by the leadership experience around him. Steven Smith is tactically smart and he’ll also use Warner and Paine, if he keeps his spot.

In terms of cons, the biggest I’ve seen in a bowling captain – and I had captains like Simon O’Donnell, Tony Dodemaide, Shane Warne and Paul Reiffel at state level – is getting the balance right between over bowling themselves and not bowling enough.

That’s an area where he will need help from Smith, Paine and co, and we don’t have a reading on that yet.

Injuries are always a concern for fast bowlers. But besides that six years out of the game, I think he’s played 33 consecutive Test matches. He seems to have gotten over his issues.

Fielding position is another concern. After bowling an over you’re usually down at fine leg and you’re hydrating and mentally resting.

As captain he would probably have to field in the ring. There’s a risk that you get hit past and there’s more chasing to do, and then you can’t mentally switch off either.

He’s got to be switched on for the fielding and the captaincy. It’s not as easy to sit a Gatorade down at fine leg when you’re at mid on.

When you talk to assistant coaches in elite sport, I haven’t heard from one who wasn’t surprised how much extra responsibility there was with the main job, even though they did so much work in the assistant role.

It starts with a significant increase in the media duties. He will be more involved with Cricket Australia and administration and more with sponsors.

If a fast bowler is getting through 25 overs in a day that’s like running 25ks.

They need more recovery time than a batsman and that’s going to get eaten into by those external tasks.

But promoting Pat to the job presents a real opportunity to Cricket Australia. For the first time we’re going to have an inspirational captain with the ball.

I had some games in second XI state cricket as a captain and I found the balance interesting because we had a young team we wanted to bring along, which is not such a problem for him. He’s just trying to win. But certainly, I liked getting the ball in my hand in the big moments to try and change the game.

He can be a ground breaker and be something we’ve never had. Someone like Imran Khan, stepping forward to seize the moment – grabbing the ball, finishing a Test match, leading from the front as skipper.