The minute the Wallabies play their last game of the year, the real news stops. Mark my words, there won’t be much fresh content coming our way for the next six weeks, so it’s up to us to get on with it.

So go for it, Roarers. The sillier the better. Whatever it is that you have been bottling up all year, get it off your chest.

The first rule for writing here is to get the creative juices flowing in the comments. 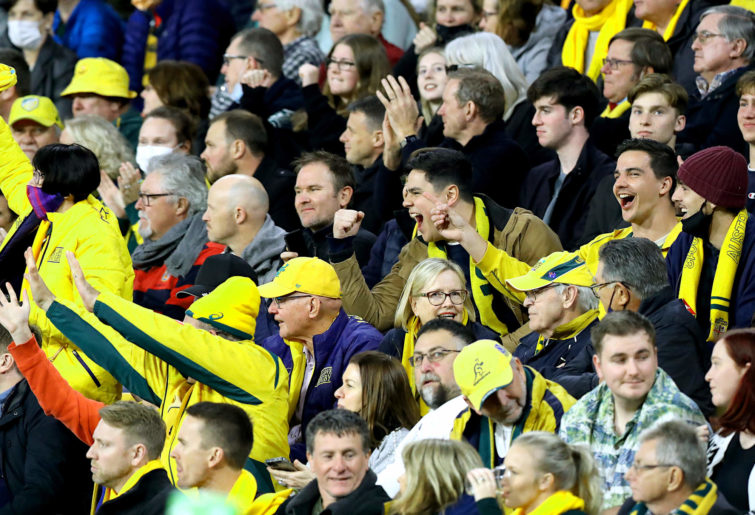 A spectator sport?
Many of you traditionalists are probably choking on that headline. Spectator sport? Are you kidding? This is not a game for spectators who have never put their head in a dark place. Really?

Unfortunately for the good old bottom line, spectators are important. Even at club level. I would hate to be the guy who buys all the buns and the snags and turns up to find that there are only five men and a dog rocking up to the game.

It’s the same at the highest level. Bums on seats, and hopefully lots of them – the whole family sitting together and spending plenty at the bar or the canteen during an entertaining game. Even if they didn’t really understand what was going on in those ‘scrum and maul’ thingies, if they get to see lots of running and scoring and intercepting and great goal kicking without too much interference, then they have had a good family night out, and mum and dad might just be a bit more willing to volunteer at little Johnnie’s under-nines games on the next freezing Saturday morning at 9am.

It’s a delicate balancing act but another win-win for our beautiful game. And maybe little Johnnie will be encouraged to go on with it and onto higher honours. Win-Win.

So what can we do to make it happen?

Advantage
And I don’t mean the tennis term.

Here’s a really novel idea: get rid of the advantage law.

If the referee is going to award a penalty, then bloody award it there and then, or else let the game flow, whatever the consequences. I bet all sorts of unintended consequences would flow, but most of them would most likely be entertaining.

If you think about it, you might reach the conclusion that it is a counterproductive law. As so often in our game, the powers that be have a good idea, even an intellectual one, and introduce a law that actually works in mysterious ways that were not intended.

Someone smacks the ball down – either get on with it or have a scrum. No resets, just let it happen. Even if it goes to ground – provided nobody is in physical bodily danger. Allow hands in the ruck if the carrier is trying to smother it. I probably wouldn’t go so far as saying bring back rucking, but hey, it could be on the table for discussion.

Head contact? No change, zero tolerance. Head contact can be eliminated if coaches are ruthless at training. Every player should know that if they get it wrong, they are on their own. Simple.

Get rid of television match officials, or at least only allow the TMO to come into play if the referee asks for it. We don’t pay money to watch – or worse, listen – to faceless referees, some bloke in a suit sitting in an outside broadcast trailer.

I remember an old anecdote: a scrum packs down and there is a lot of banter. The ref decides to weigh in and says loudly, “It seems like there are 16 comedians in this scrum”. And from deep inside the packs comes the wit, “Yeah, ref, and you definitely wouldn’t make the top ten”.

The advantage law had merit, but they have gone too far with it, and it is killing our game. 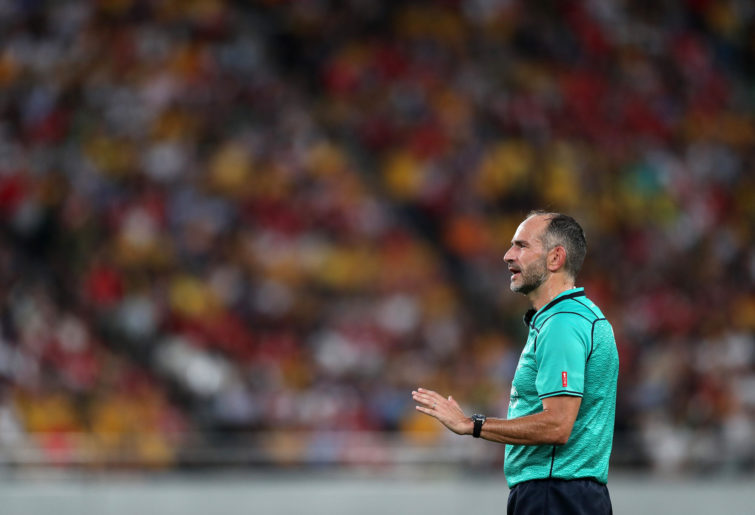 The blight: red cards
Get rid of red cards except for the most blatant of foul play. And, again, leave it to the referee – and if he misses it and the player who is down is in trouble, then at least allow the touchies or the TMO to refer it to the referee, not the other way around. The TMO can then assist if the referee asks for it. We must not let TMOs have any reserve power whatsoever.

There are already enough stoppages, with kicks to touch, scrums et cetera, and whatever we can do to minimise the ‘WTF’ question that spectators ask when they see a stoppage for some unfathomable reason, the better, and families are more likely to go home from the game with a rosy glow and truly believe that they knew what was going on.

You shouldn’t need the big screen to tell you what a penalty is for. Maybe mic up the referees so that they can explain their decision to the crowd.

Of course we know that rugby is controlled by ‘gentlemen’ from the north who disdain change, and we Aussies, the bloody colonial upstarts, have way too much to say about things in general.

If they had to put up with three other footy codes stealing their thunder every year, they might sing to a different tune. The money war is won in tribal heartland.

Okay, this might all add up to a fairly radical thesis, but before you rip into me, just think about how our game can be improved without us having to dumb it down. We can really maintain the essential character of our beautiful game while still preserving its integrity.

Just think through this, and if after that you still think I’m a tosser, let me have it! You may think that the advantage law is so fundamental to our game as to be unassailable, but I do not see it that way. Everything should be on the table.