It started with Chris Anderson and a grand final win in 1999, succeeded by Craig Bellamy who still remains the front of this powerhouse after 19 years.

Melbourne’s 2021 efforts were remarkable given the question marks that were hanging over the club after the G.O.A.T Cameron Smith moved on.

Despite this, Melbourne equalled the record held by Eastern Suburbs in ’75 of 19 straight wins, and saw six of their players play in State of Origin.

Despite these accomplishments, Melbourne saved their worst game for last and choked in the grand final qualifier.

Unfortunately this empire is starting to fall and only has one year to get their hands on the trophy before a massive rebuild is required. 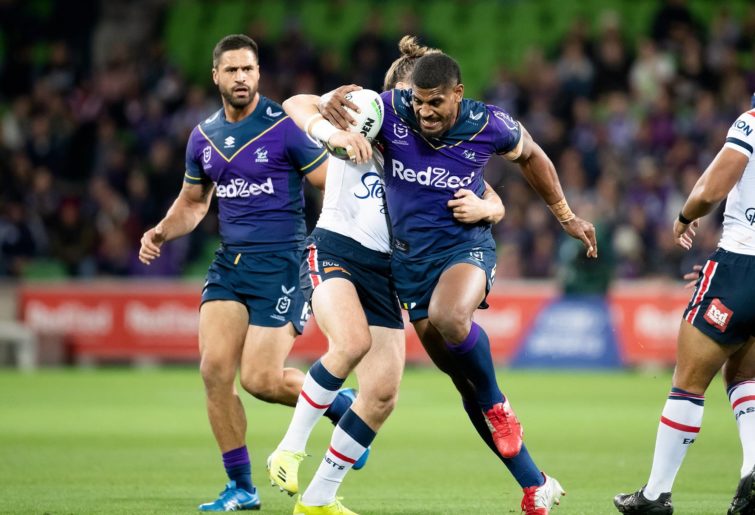 There has been a lot of uncertainty regarding a few of Melbourne’s key players in 2021 which include Cameron Munster, Jarome Hughes, and Brandon Smith.

The three of them have all had their names in the media recently and two of the three are set to leave… Brandon Smith and Cameron Munster. After a video was released of Munster and Smith partying with a ‘white substance’ seen on the table, the two of them were in hot water leading to hefty fines and non-negotiable rehab for Munster.

Munster despite being the club’s million dollar player is a liability considering his on-field grubby tactics, and his off field antics that have brought the club into dispute on a number of occasions.

Munster arguably had one of his worst years statistically, but still has two years to run on his contract which will see him finish at Melbourne aged 29 entering free agency.

Brandon Smith is almost a certainty to leave Melbourne despite being tabled 800k a year, having met three clubs; Roosters, Dolphins, and Gold Coast in the past three weeks, gauging his value in free agency.

All three clubs have made it publicly clear they want Smith and storm are no match for rival club’s and the offers they have put forward. A decision is set to be ‘sorted by December 7 because he’s got to be back at training in Melbourne’ according to his manager.

Jarome Hughes is the third piece of this puzzle that could see Melbourne’s demise having reportedly knocked back his 2024 Player option seeking a long term deal instead.

Given Smith will be turning 29 when his contract expires, Melbourne could be reluctant to re-sign the halfback, especially on good money considering they will have players such as Harry Grant, Ryan Papenhausen, Christian Welch among others chewing into their salary cap significantly.

Looking at this situation that will unfold in the next year or two, combined with some big names who are off contract next year such as captain Jesse and his brother Kenneath Bromwich who are 32 and 30 years of age, Tom Eisenhuth – 29, George Jennings – 28, and Felise Kafusi who has just signed with the Dolphins.

In addition to the fact that Harry Grant could possibly be injury prone given he has had his first major injury and plays like a forward… the situation does place a cloud over Melbourne’s head past next year.

2022 is the year that Melbourne need to hoist the trophy above their head because the dynasty that has been at the top time and time again will start to fall come 2023.