The Roar
29th November, 2021
118
Join the conversation
3166 Reads
Advertisement
Write for The Roar

The gun hooker dropped a bombshell over the weekend in an interview with YKTR’s The Ice Project with former NRL player Isaac John, declaring that his ‘decision is made’ of which colours he’ll be wearing in 12 months’ time after months of speculation, and dropping the strongest of hints that they will be red, white and blue.

“Mitchy Aubo [former Rooster Mitch Aubusson] almost made me cry… how he spoke about the club and what they’ve done for him and the history of why they wear that jersey and why we play the way we do,” Smith said.

“I was just looking at the Roosters jersey as he was saying it and I had goosebumps. I was looking at it going, ‘I want to win a premiership in that jersey’.”

The Storm are reportedly furious with the 25-year old’s comments, with Smith still contracted to the club for another year.

According to the Sydney Morning Herald, they are now considering cutting Smith immediately. It has been reported that their outrage stems from Smith’s promise that the Storm would have final bidding rights for his services, with the ‘Hectic Cheese’ apparently choosing the Roosters without first talking to his current club.

Earlier, veteran rugby league journalist Phil Rothfield led criticism of Smith’s interview, telling Sky Sports Radio’s Big Sports Breakfast the hooker was being ‘highly disrespectful’ to the Storm after developing him into the player he now is.

“Brandon Smith is on big, big money at the Storm. He came over as a kid from New Zealand, he got the benefit of great coaching from people like Craig Bellamy, learning under Cameron Smith, [Cooper] Cronk, [Billy] Slater to become a marquee player,” Rothfield said.

“He’s contracted there for another 12 months. He’s 16 months away from joining the Roosters, which he’s obviously going to do.

“To start talking about winning a premiership, and his dream of doing that in a Roosters jersey… I think personally is way out of order.”

Rothfield even accused Smith of attempting to use the glowing Roosters review as an attempt to escape his Storm contract a year early.

“If he’d been a bit smarter, [he] would have held that interview… until he told Melbourne, and then toned it down a little bit, throw in a few lines about his commitment to the Storm for the next twelve months,” he said.

“What he’s said makes me wonder if he’s trying to get out of there a year early and join the Roosters next year.

“He’s a great character – one of the beauties of Brandon Smith is that he tells it how it is and there are no cliches. He’s open and honest in whatever he says, but I was really disappointed.” 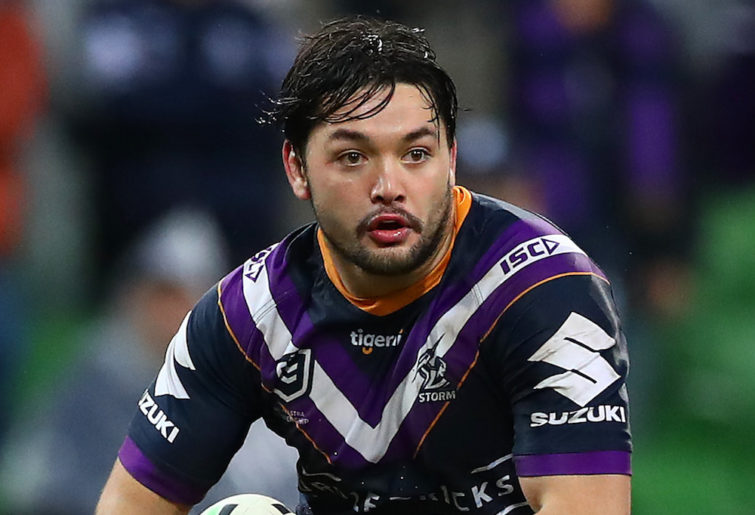 Rugby league great and Big Sports Breakfast co-panellist Laurie Daley disagreed with that claim, however; though he admitted Smith had been ‘a bit naive’ in expressing his admiration for the Roosters publicly.

“You just keep those comments to yourself,” Daley said.

“You can talk about the Roosters being a wonderful club, but to talk about winning a premiership for them and then how emotional you got when you saw Mitch Aubusson talking and how special it would be to play there… I think you’ve just got to keep some things private until your commitments are up at your club.

“If he said that at the end of next season, I think everyone would go ‘you know what, well done, congratulations’… I don’t think he thought being on that podcast would get as much traction as it has.”

If I'm Melbourne I'm telling Brandon Smith forget about coming back. Unbelievably disrespectful to the club, his teammates and Storm fans to talk about winning a premiership at the Roosters.
Also seems redundant having a face to face with Bellamy. Think he knows now.

Smith’s main concern, according to the man himself, is breaking the news to Storm coach – and the famously ill-tempered – Craig Bellamy.

“I’ve got to go talk to ‘Bellsa’ [Bellamy] and see what he says… it is going to be pretty emotional,” Smith said.

“I don’t know what to expect from that. I’m pretty nervous actually.”

However, Rothfield is concerned that meeting could turn ugly.

“I would not like to be him walking into a meeting with Frank Ponissi and Craig Bellamy this week,” he said.

Smith had previously knocked back the Storm’s contract extension, reportedly worth $2.2 million over three years.

He had previously been linked with Queensland trio the Brisbane Broncos, North Queensland Cowboys and new franchise the Dolphins, before – it now seems all but certain – settling on the Roosters.