Is it too late to reverse rugby's long decline?

There has been a lot of talk recently about the problems with Australian rugby, refereeing and the lack of results.

There have always been pathways issues in the game, but there is a much bigger problem than the scoreboard, and that is the game itself.

There will always be a rusted-on fan-base – courtesy of the old-school tie and those too young to remember when rugby was played differently – that would still argue it is the No. 1 sport in the world (oh, and New Zealanders too), but for everyone else the game is currently a poor cousin to the other three football codes played in this country.

Yet it was not always like that. There are those who remember the skill and grace of the Ella brothers, the deception and speed of David Campese, the strength and courage of Roger Gould, the all-round capability of Ken Catchpole, the determination of numerous upstart Wallabies packs – the list goes on.

I try to watch modern rugby. After ten minutes or so I give up. I played over 100 games at a junior and GPS level, and I want rugby to be as entertaining as rugby league – which lately does have its own problems, but that is the subject of another article – but it just isn’t, not by a long shot. There was a time I wouldn’t miss a rugby Test; now I’d rather watch soccer. 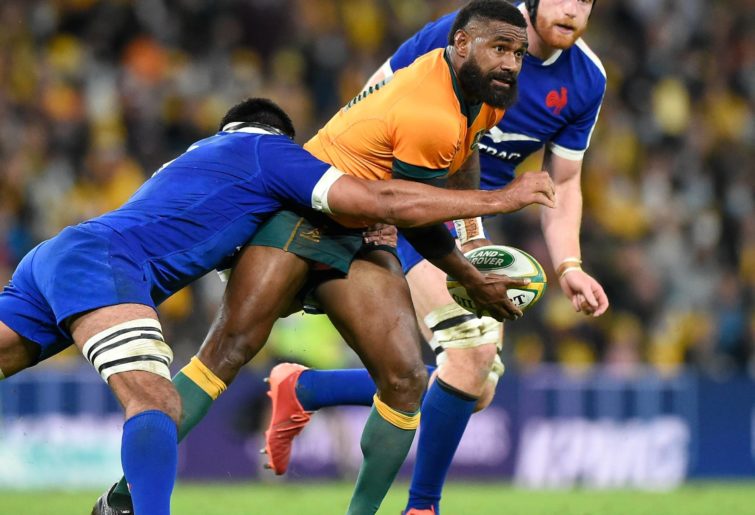 So just how did rugby slowly descend from the free-flowing, entertaining spectacle I once loved to the barely watchable product we have today?

Rugby union has one thing in common with rugby league: both are guilty of attempting to fix games that weren’t broken. In 1992, a year after arguably the most entertaining and successful Wallabies team won Australia’s first World Cup, the International Rugby Football Board, as it was then known, decided they needed to introduce rules to make the game more entertaining. They wanted to kill off ‘ten-man rugby’, which involved a lot of kicking from the flyhalf. England of course, fairly or not, were often criticised for this.

But even though there were teams that played in this supposedly negative way, a team like the Wallabies would beat them nine times out of ten, for no matter the sport, a good attacking team will most of the time beat a good defensive team. Nature will take care of things. But if you artificially introduce laws to attempt to force teams to play an entertaining brand of football, you could be asking for trouble.

Enter the ‘use it or lose it’ law. The very title sounds positive – so much so that after all these years administrators have failed to see that it has been an utter disaster for the game. The whole idea was basically that forward play is boring and back play is exciting. We don’t want the ball getting tied up in these tedious rucks and mauls, so you’ve got to get it to the backs as soon as possible or you’ll lose possession of the ball.

TV even keeps count of how many phases there are – like it matters! Apart from the potential for errors from constantly forming these mini rucks, the chance of there being infringements to the complicated rules is high, and oftentimes no-one really knows what the penalty is for. And even when the ball does get to a back, the non-commitment of forwards to rucks means that most are spread across the field, ready to defend.

There are 15 players in a rugby team, meaning a well-drilled defence containing seven-eighths of the forward pack is very hard to outfox. Surely none of this was the intention of the rule.

Before this confused debacle we had a very simple rule: the team with forward momentum got the scrum feed if the ball was caught in the ruck or maul. Simple and only logical, really. Going back to this simple philosophy would make for a much less technical and more enjoyable game to watch. Sure, sometimes it may have been frustrating, but a skilled maul was a sight to be seen. 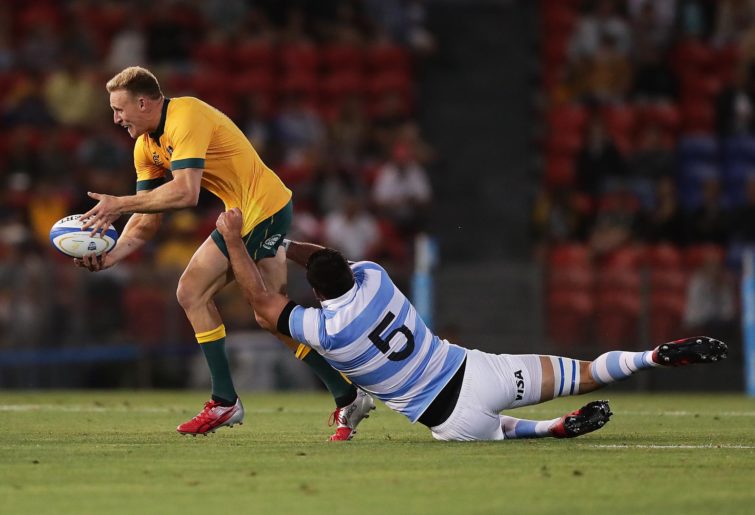 Great All Blacks and Wallabies forward packs could thrill the crowd with their determination to drive the ball forward, handing the ball back while steadily forging their way to the try line. The All Blacks were masters at it and could do it for great distances, and when their momentum built to peak, they would unleash. But besting them – like when Simon Poidevin one night at the SFS almost single-handedly dragged their entire pack behind him – would have the crowd on their feet. It also separated the forwards from the backs to enable the latter to weave their magic unencumbered by big, burly front rowers.

The changes didn’t end there though. The international federation also wanted to make scoring tries more appealing by changing the points system. Fair enough, but you would think that as a basic guide they would have adopted at least something like rugby league’s system. But no, they just raised the value of a try to five points, so two penalty goals were still worth more than two tries – hardly incentivising captains to choose a tap kick over a shot at goal. This is the other major thing that desperately needs re-addressing.

Some might say I would change my tune if the Wallabies started winning again. Not so. I’ve been watching rugby internationals since I was very young, and though I naturally wanted the Australian teams to win, I watched them lose time and time again to the All Blacks and came back for more because it was always a great spectacle.

As a young boy, my father instilled in me a love of the game above all else and took me to watch any touring team play against Sydney or New South Wales. He’d take me to watch Randwick play their famous running game, and I’d watch whatever was being televised or what videos were sent to us, loving in particular the Five Nations tournament and the British Lions, whoever they played. I watched them all because it was entertaining, not because I always particularly cared who won.

Maybe it’s me. Maybe I’m wrong. Maybe there are great rucks and mauls, great backline play, champion players of today that will forever be remembered and I’ve just missed them all because I now have little patience for the game. Maybe I’m watching the wrong matches. Maybe this is the best of all possible scoring systems that rugby could have. Maybe rugby administrators can sit back and not do a thing, smug in the idea that a game that is like a religion in some countries and has unbreakable links to private schools in others can never die. There is no need to touch it anymore as crowds continue to show up no matter what.

So is the game broken? And if so, can it be fixed?