While they’re not the be-all and end-all like they used to be in the NBL, imports still have the ability to make or break a team’s season.

The standards of this year’s foreign brigade is up there with the best of all time, which has peaked in recent years with the likes of Bryce Cotton, Andrew Bogut, LaMelo Ball and Aaron Brooks helping to make the NBL one of the world’s premier leagues outside the NBA.

Most of this year’s imported talent has at some stage played in the NBA, yet another sign that the NBL is as strong as it’s ever been.

Here’s how this year’s import crop shapes up at each club.

The Sixers have three new foreign players on their new-look roster under incoming coach CJ Bruton.

Dusty Hannahs is a American 6’4 shooting guard, he’s a renowned three-point marksman who has four NBA games at Memphis on his resume, Todd Withers is a rebounding forward who also has extensive reps in the G-League in recent years while Kai Sotto is a seven-footer from The Philippines who is a demigod in the basketball-mad nation who fills a special restricted slot (an Asian player doesn’t count as an import) and the 19-year-old prospect is likely to provide back-up minutes off the bench.

Ex-Atlanta forward Lamar Patterson is back after returning to Brisbane midway through last season following an ill-fated stint with the Breakers.
Brisbane have three newcomers from overseas – Robert Franks is a forward with seven games at Orlando under his belt, Isaiah Moss is an American guard who has played in the New Zealand league while 19-year-old Frenchman Tom Digbeu, who has already shown his athleticism in the Blitz, is hoping to use a year in the NBL Next Stars program as a stepping stone to the NBA.

Brazilian guard Scott Machado is back for a third season with the Snakes, joined this season by American centre Stephen Zimmerman and Tahjere McCall.
Zimmerman, who tallied 19 NBA games for the Magic in 2016-17, is a seven-footer with a strong defensive reputation while McCall, who had a stopover with Brooklyn and was named to the All-NBA G-League First Team, will partner Machado in the backcourt. 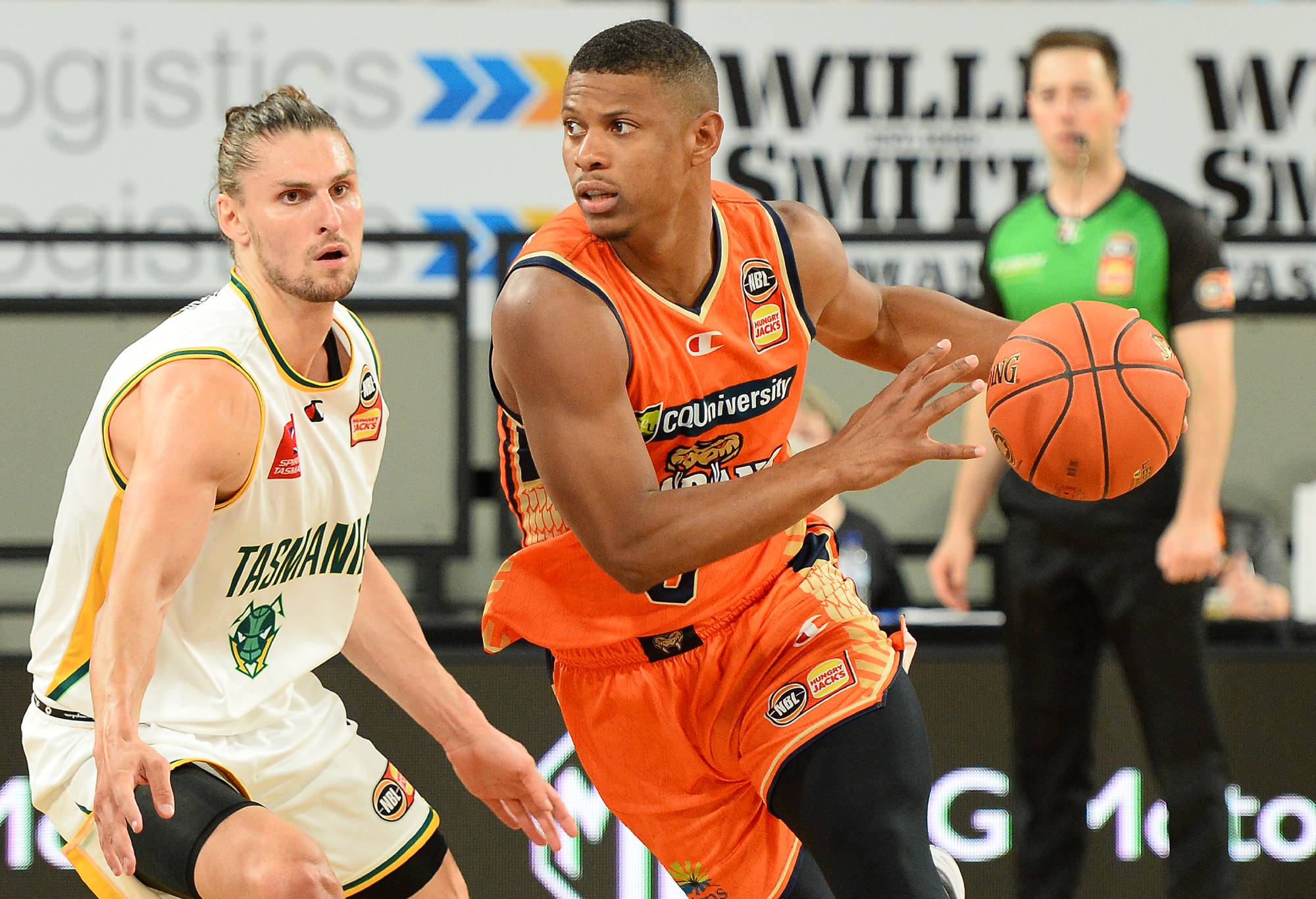 Chief playmaker Tyler Harvey and Next Stars prospect Justinian Jessup are back in Wollongong after they were two of the stars of Illawarra’s revival last season.
Antonius Cleveland, another guard who has bounced around Dallas and Atlanta in the NBA, and ex-Memphis Grizzlies forward Xavier Rathan-Mayes complete an impressive influx of imports for the Hawks.

When you have top home-grown talent like Matthew Dellavedova and Chris Goulding in your line-up, finding complementary imports has been Melbourne’s main mission.

They have only filled one import slot thus far with Canadian-born Nigerian guard Caleb Agada joining the club in August coming off a strong showing in the Israeli league for Maccabi Tel Aviv.
United have also added German teenager Ariel Hukporti via the Next Stars program, a seven-footer preparing for a tilt at the 2022 NBA Draft after already spending time in the pros at Lithuania and Germany.

The Breakers have recruited American guards Peyton Siva and Jeremiah Martin to steer them around the court.
Siva played 24 games for the Detroit Pistons in 2013-14 and is a 30-year-old veteran of the EuroLeague while Martin, who has also had a taste of the NBA with Brooklyn and Cleveland, will replace Tai Webster as the two guard.
French prospect Hugo Besson will also be expecting decent minutes in the backcourt as he and his Next Stars countryman Ousmane Dieng look to boost their stocks in the lead-up to the 2022 NBA Draft.

Three-time MVP Bryce Cotton has been one of the best imports in NBL history and after failing to get naturalised in time to have a shot at Boomers selection for the Tokyo Olympics, he will again be the key to Perth’s chances this season. 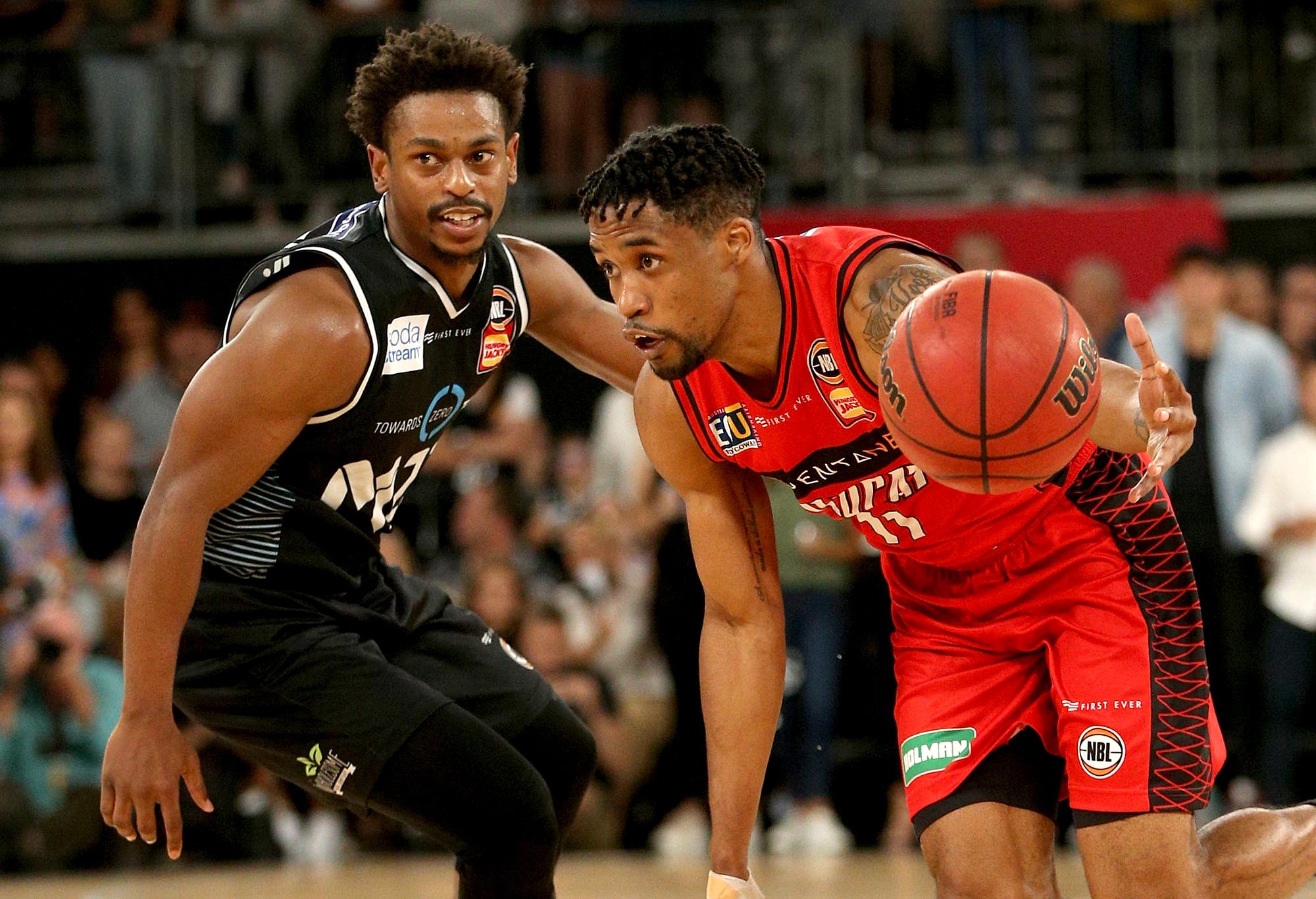 The big signing for the Phoenix, in every way, was Chinese centre Zhou Qi as a special restricted player – and make sure you pronounce his name “Jo Chee”. A former Houston Rocket, he will fill up the paint at both ends, giving the Phoenix arguably the best shot blocker in the league and a capable scorer inside.
Ex-Milwaukee and Memphis point guard Xavier Munford was recruited in the off-season after Kiefer Sykes returned to the States to chase his NBA dream while they only recently flew in American forward Devin Thomas to complete their roster after stints in various European leagues.

Anticipation is high in the Harbour City for star guard Jaylen Adams to have a sudden impact on the NBL.
Reuniting with the Kings’ new coach, Chase Buford, from their days at Milwaukee and G-League team Wisconsin Herd, he registered 41 NBA appearances at the Bucks and Atlanta Hawks and has the scoring firepower that suits Sydney’s new up-tempo style.
Power forward Jarell Martin, a four-year pro in the NBA at Memphis and Orlando, is back at the Kings after an encouraging first season while Sydney have signed shooting guard RJ Hunter, who has a similar resume after short-lived stints at Boston, Chicago and Houston.

All three of the expansion side’s imports are new to the NBL – American duo Josh Magette and Josh Adams plus Canadian forward MiKyle McIntosh.

Magette, a 31-year-old veteran, went close to the NBA with Atlanta and Orlando and Adams, who has also built up a detailed resume in Europe, will join him in the backcourt.

McIntosh, who will beef up the frontcourt at power forward alongside Australian centre Will Magnay, was part of Toronto’s G-League squad and has also had stops in South Korea, Canada, Belgium and France.
They also have a Next Stars hopeful in Russian guard Nikita Mikhailovski but he has only seen limited court time in the pre-season Blitz.