Pearce has shouldered the burden of a famous name his entire career and endured plenty of disappointment in the Origin arena. There were more than a few off-field issues as well. There was a view he needed to get out the bubble of Sydney and the Roosters, and the move to the Knights looked like exactly what Pearce needed to go to the next level and add a new chapter in his growing folklore.

Alas, his old ways caught up with him and such great heights were not achieved. True, the Knights made the finals a couple of times, and Pearce was able to help attract quality players to the club, such as David Klemmer and Tyson Frizell. He also no doubt played a role in the developments of a number of the next generation of stars, like Kalyn Ponga, Tex Hoy, Bradman Best, the Saifiti brothers, Mitch Barnett, Lachlan Fitzgibbon and Jake Clifford.

Ultimately, though, the latest scandal has seen him flit off to France to end his career away from the big time.

Now the Knights are searching once more for their general, as they really have been since the great Andrew Johns retired. The difference now is the great man himself is back at the club to help identify and train his successor personally.

There are a few options, but no-one will come as the complete package. All will require tinkering. All come with risks.

Currently the Knights are publicly committing to promoting from within. They have Clifford on the books, and Adam Clune has come over from the Dragons. I think this is just to save face until they can work out what they want. If they had thought their stocks were that high, they wouldn’t have tried to keep Pearce and orchestrate swap deals. I will say that they can probably do worse than those two, but they could do better too.

The most popular theory has been that they need to lure Luke Brooks from the Tigers. Some even believe that would be the best deal for both clubs and the player.

The third and, I believe, the best option would be to pull Ash Taylor out of his train and trial with the Warriors and get him up to Newcastle. 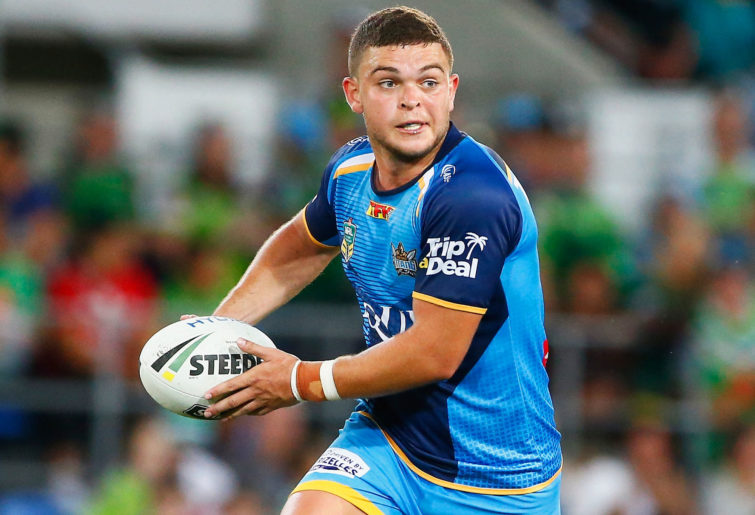 The difference between Taylor and the careers of Brooks and Pearce are the mentors and partners they have had along the way.

Pearce played alongside James Maloney, who was a champion half who had a habit of winning. He was in a great system with Trent Robinson, with great leaders such as Sonny Bill Williams, Jake Friend and Boyd Cordner. More importantly, for at least two years Andrew Johns worked with the Roosters and specifically with Pearce. He helped create the premiership-winning and Origin-playing – albeit losing – halfback the Knights coveted.

Luke Brooks was hailed the next Andrew Johns before even playing his first game, but he never had the likes of Johns to teach him his craft. However, he did have around him club legends Benji Marshall and Robbie Farah as well as Jason Taylor, who was a formidable halfback in his day. Brooks was given an apprenticeship of sorts and then given the keys to the team repeatedly, but he is yet to take that opportunity in its entirety.

Brooks has ticked a few more boxes than Taylor to date, though I wonder if Taylor has been given the same chances.

Taylor was also told he was the next big thing at a young age and was paid a ridiculous amount of money for that talent and potential alone. He was moved out of the Broncos system and into a Titans system, which had no runs on the board. He was paid as a premiership-winning halfback and expected to produce those results.

The reality was he had years of learning yet before he could even come close to that, and the pressure and expectation got the better of him. It’s understandable, really. Who did he have to learn from? Who was guiding him?

I wonder how different it would have played out had the Storm signed him at that stage. It would have been for less money, but he could have done a proper apprenticeship under the likes of Cooper Cronk, Billy Slater or Cameron Smith. These are the clubs that bring in the likes of either Johns brother to mentor and train their halves.

With the guidance of Johns behind him, Taylor can improve out of sight. On a minimal contract the pressure will be off, and he can just be a sponge. If it doesn’t work out, the Knights can revert to their current plan and be no worse off.

I think Adam Clune can still figure in this equation too. Nothing has come easy for Clune. Of diminutive stature and perhaps not the most talented, Clune had to work the hardest to get his shot at the NRL. This contrasts significantly with Taylor’s experience, yet they find themselves in similar positions now – apart from their bank accounts, I guess. Clune would be the perfect running mate to teach him the effort areas and the work that needs to go into being an NRL player.

So with that in mind I can’t help but feel that Taylor has the much larger upside and that perhaps Brooks has peaked. As a bonus he would cost a third of Brooks’ contract, money which could be used to sure up Ponga or boost other areas.

Johns can then tinker with Taylor, focusing on the nuance that makes good players great. In the end the Knights could have their next great general to lead them to glory once more.