But Alex Carey, who will soon be anointed Australia’s 461st Test cricketer after being confirmed for the job by Cricket Australia on Wednesday, isn’t fazed by the pressure in the least, telling reporters on Thursday his call-up to the team to replace Tim Paine was “boyhood dreams coming true”.

Here is everything Alex Carey said in his first press conference after being unveiled as Australia’s latest national gloveman.

On being given the good news
“I flew up late on Monday night and saw George [chief selector George Bailey] late that night,” Carey said.

“It’s only been recent that I’ve got the news; Justin [Langer] and I saw each other late last night.”

Emotions have been running high ever since, among both Carey and his family.

“I can’t even remember, I was pretty speechless and smiling from ear to ear,” he said of the moment he received the good news.

“I’ve got an incredibly close family so mum and dad, to hear that news, were in tears straight away.

“I’ve got a really supportive wife, Eloise, who again was in tears.

“I’m really fortunate with the support I’ve got around me with my little close family and friends.”

With Day 1 of the first Test just five days away, the selectors haven’t been rushed into a decision on Paine’s replacement, but Carey said he was comfortable with the timing of the call.

“There’s a lot going on, and I guess a week out, that’s pretty good notice,” he said.

“The next 24 hours will be digesting a lot of the nice messages that have already come in, and then it’s get to work.

“It’s always been a dream of mine to represent the country at the highest level; over the last 2-3 years it’s been a goal, so I’ve been trying to work as hard as I can to reach that.

On debuting at home
The last five Australian Test wicketkeepers – Brad Haddin, Graham Manou, Paine, Matthew Wade and Peter Nevill – all wore their baggy greens for the first time on overseas tours, a far cry from the cauldron of an Ashes series on home soil.

Carey is used to the pressure, though; he was Australia’s standout performer in their semi-final run at the 2019 World Cup, regularly lifting the team out of sticky situations with the bat. He said his experiences in the limited-overs team, including a brief stint as captain of a second-string team for the ODI leg of their ill-fated West Indies tour earlier this year, hold him in good stead to deal with it.

I feel confident in my game. I’ve been able to stay in that one-day team, we’ve performed strongly in the past, and my short experiences captaining the group in the West Indies… every time you go out there you feel a little bit more confident,” Carey said.

“Debuting for Australia, no matter where it is, is going to be super exciting. For me to do that at the Gabba, in an Ashes series… boyhood dreams come to mind.”

Keeping to the crack Aussie fast-bowling unit of new captain Pat Cummins, Josh Hazlewood and Mitchell Starc, plus the spin of Nathan Lyon, is old hat for Carey as well, who has regularly kept to them in limited-overs formats over the years.

“It’s really exciting to be able to stand behind the stumps to some of the best players in the world,” he said. “I’ve been fortunate enough to keep to them in one-day cricket, some T20 cricket as well.

“I’ll be preparing how I usually would for a four-day match – I’ll get behind the stumps to Gaz and the quicks. Hopefully we get outdoors soon!”

On preparing for the summer
Rainy conditions in Brisbane caused by the La Niña weather event have thrown preparations for both Australia and England into chaos, with several planned practice matches for both sides scrapped amid the deluge. With the downpour expected to affect the Test and the curator’s ability to prepare the pitch, everyone is feeling the pinch.

However, Carey is in a better position than most: his axing from the T20 World Cup squad, with Test gloveman rival Josh Inglis named as Matthew Wade’s back-up, allowed him to find form for South Australia in the Sheffield Shield and Marsh Cup. Striking a limited-overs century against Queensland over the weekend appears to be what finally secured him the Test job after a lean run of form.

“Lucky enough for me, I was able to play a number of matches for South Australia. I feel like my lead-in’s been pretty good,” Carey said of his preparations for the first Test.

“It has been a little bit wet up here, [but] I’ve had five games of cricket in the first-class season so far, in different conditions. Travis [Head], Usman [Khawaja] are the same, a few other guys. Obviously as well there’s World Cup guys coming back; from all reports they got a lot of work down in quarantine down on the Gold Coast.

“We’ll hit the ground running over the next couple of days.”

Carey isn’t concerned about the Gabba wicket despite limited preparation, expressing confidence in the groundstaff to produce a strip as flint-hard and fearsome as the famous ‘Gabbatoir’ pitches of yore. 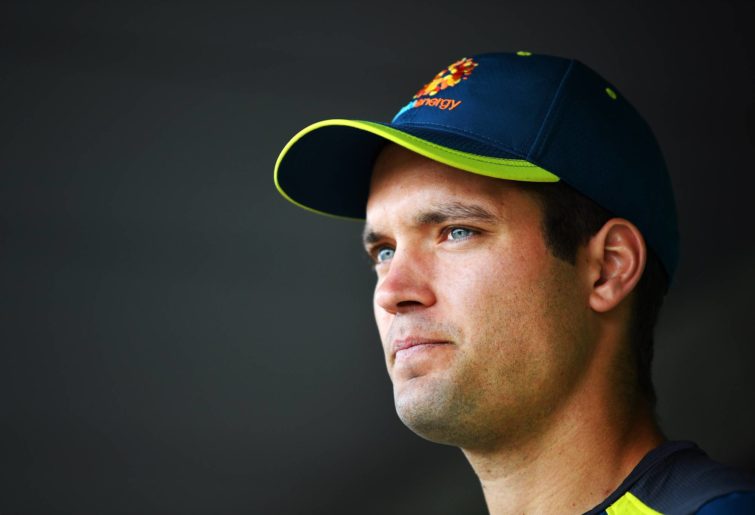 “We’ll probably get to see the wicket over the next couple of days. there has been a bit of rain around, but the Gabba’s always well-prepared, so no doubt it’s going to be a pretty traditional Gabba wicket.”

On his role in the team
With both Gilchrist and Haddin Test vice-captains before Paine broke the glass ceiling and received the top job, wicketkeepers have long had a crucial role in decision-making on the field. However, Carey is confident that the amount of experience in the Test team, from captain Cummins and vice-captain Steve Smith down, will ease the pressure on him as he finds his feet at the level.

“The group’s in really good hands, there’s lots of senior players, and whatever advice I can give those guys, I’ll definitely do that,” he said, while maintaining that his experience of playing alongside many of his now-Test teammates will give him the confidence to speak up if required.

“Playing alongside a lot of these guys in the past, although it is a different format, I’ll feel comfortable enough to say what I see.

“For me, playing a number of games for Australia in the short formats, as vice-captain there in the recent tour of the West Indies, I see it as another opportunity to learn in that role. I’ll offer what I can.”

With Cummins already admitting his vice-captain Smith will take more of an active on-field role than any deputy before him, given the new leader’s bowling commitments will take much of his time, deciding on DRS reviews could also prove problematic. The Australians have famously struggled in this department under Paine, making a number of errors, none more costly than a botched LBW review involving Paine and Cummins in the dying stages of the infamous Headingley Test of the 2019 Ashes.

Carey, however, remains confident in the new-look leadership group to work it out.

“Patty’s played a lot of cricket for Australia, he’s a very level character. He’ll manage the situation if there is something like that to the best of his ability,” he said.

“You’ve got a David Warner, a Steve Smith in the slips, Nathan Lyon at point; there’s a lot of experienced heads around. Once it comes up, there’s a short amount of time to digest what’s happened, and it’ll be quite level, no doubt.” 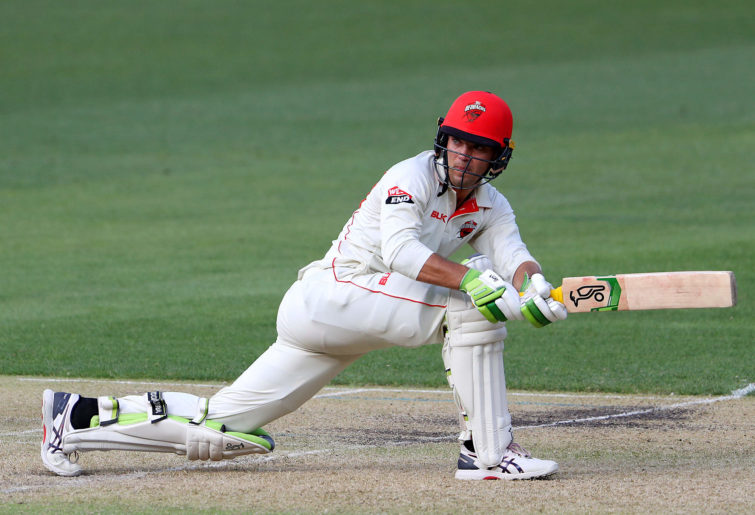 Carey was less open when it came to his own role in providing the traditional wicketkeeper verbals from behind the stumps. Australian keepers, most famously Wade, have become renowned for antagonistic ‘chirp’ to attempt to put a batter off their game in recent years.

“We’ll soon see,” was Carey’s only response to being asked whether he’ll be taking up the mantle of verbalist-in-chief for the Ashes.

On beating Josh Inglis to the job
Carey ultimately won the wicketkeeping honours over Western Australia’s Josh Inglis, despite a number of prominent Australian cricket pundits, Shane Warne chief among them, advocating for the younger man.

While full of praise for Inglis’ outstanding recent form that propelled him into Test calculations despite Carey’s long-term apprenticeship behind Paine, the South Australian won’t be looking over his shoulder as his rival tries to oust him from the team.

“I know how good a player Josh is – not too long ago him and I were up here at the NPS [National Performance Squad], training alongside each other,” Carey said.

“He’s a great person, he’s a good friend of mine, he’s got such a bright future for this country.

“For me, I try not to worry about my competition unless it’s bowling against me. all I can do is work as hard as I possibly can, try and do my job for the team, and everything else takes care of itself from there.

“I try not to waste too much time focusing on things that are out of my control.”

With the Australian team still reeling from the Paine scandal, a level-headed presence in his stead was a must. On that at least, the selectors have made the perfect choice.

>> Check out Australia’s full Ashes fixture, as it stands