Once Upon a Time on the Roar
Roar Guru
1st December, 2021
145
Join the conversation
1236 Reads
Advertisement
Write for The Roar

Does Alex Carey or Josh Inglis really have a lot to live up to when it comes to wielding the willow in Paine’s place this summer and beyond?

How does Paine really compare with Ian Healy, the last of the long-term traditional wicket keepers for Australia? Obviously, neither (Carey or Inglis) will be another Gilchrist and the next best batsman among our regular keepers of the last 50 years was arguably Brad Haddin. Rodney Marsh was also apparently pretty good during the 1970s until around the time of World Series Cricket as I understand it, given I only started following the game in late 1981.

It really does raise my eyebrows in amusement any time Tim Paine’s batting gets compared to Ian Healy’s. Paine was not a monumental failure in Test match batting by any stretch of the imagination, but in terms of impact performances, he did not come close to Healy.

It is not relevant what they averaged overall per dismissal or even that Paine was not out every 5.7 innings, Healy only every 7.9. It’s not even especially relevant that Paine reached 50 every 6.5 innings, Healy every 7. It’s potentially relevant that Healy scored some Test centuries and Paine didn’t, but not purely in itself – the circumstances of all such innings need to be dissected and analysed.

A traditional keeper’s role in a team is not to puff up his average at every opportunity, but to make a worthwhile contribution on the (hopefully) rare occasions when the majority of batsmen ahead of him in the order mal-function on the same day. All that matters is what’s done on the day in relation to what’s needed on the day taking into account the circumstances of the day.

I have formed some basic guidelines in order to do a proper comparison between keepers when they have the willow in hand.

The first thing to do is set a par competitive team total when batting first, and I feel 300 is a sound number. I am not talking about only scoring 300 when it is a 450 pitch, I am talking about the 1-6 batsmen miss-firing to such an extent that when the keeper comes in at five down, the team, from that point would happily settle for 300 if offered. I feel that if a keeper comes in at 5 for 200 batting first, then if he scores 50, the team should reach 300.

However, I will cap expected contributions in any situation at 60, as it is unreasonable to be expecting keepers to make big hundreds on a regular basis – when they do so, it should be looked upon as a bonus. Making 60 in a bowled-out total of 220 having come in at 5 for 100 may well have fallen short of the aforementioned par 300, but it can also be considered effective damage control.

I will also cap the success percentage at 100(%). For example, when Healy went to the crease in the third innings of the first Test of the 1993 Ashes series, the lead Australia had at the time has me capping his 102 not out at a mere 25, so in the Appendix at the end, this is treated as 100% success, not 408%. Healy’s other three Test centuries were all needed in their full final amount, but still will be considered as a mere 100% of the aforementioned maximum expectation of 60.

When batting second, I am going to borrow Renato Carini’s need for a lead of 50 to leave the match evenly poised at the completion of both first innings. Therefore, the needed contribution from the keeper will be half of whatever number short of that lead they are when he goes in. For example, the opposition scores 300 and then they are 5 for 250 in reply, the contributional need from the keeper will be 50, once again capped at 100% success should he score more than that. 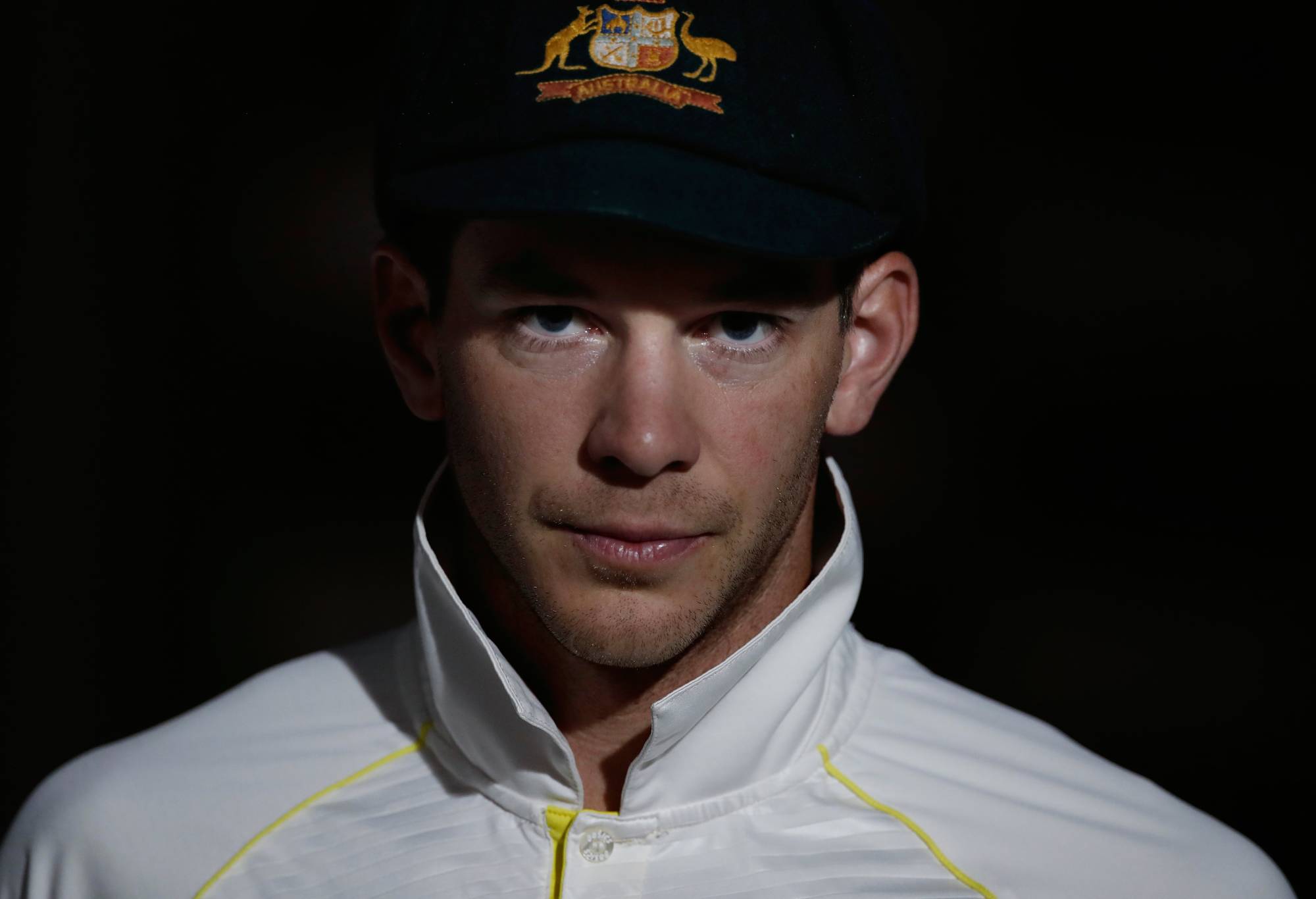 Chasing in the fourth innings works the same way as replying in the second. For example, in the Port Elizabeth chase in early 1997, Healy went in at six down, 12 runs still to get, so the needed contribution was 6, rounded back to 5 – it is easier to work in 5’s and 0s i.e., 17 becomes 15 while 18 becomes 20.

The third innings simply calculates half of the remaining amount needed to get to what can be deemed a safe lead. In good batting conditions, I set this at 400, but this can be lowered depending on the conditions. For example, in the second Test in Melbourne in the 1994-95 Ashes, no expert commentator at the time would have given England any hope of chasing more than 250. Therefore, all of Healy’s runs going in at 5 for 348 are to be considered junk runs, and both Paine and Healy have their fair share of these.

A fourth innings where the team was not actively chasing the target, but rather merely trying to survive out the final day will see runs numerically disregarded, and the focus will be on the number of overs left when Healy or Paine came in. When coming in at five down, it will be deemed that they needed to survive for half the remaining deliveries in order to be awarded the 100-success percentage.

Healy faced this situation on five occasions during the June 1993 to December 1998 period, and he scores 100% twice, 50% once and only 15% on each of the other two occasions for an overall success percentage of 56.1. Paine only faced two such situations and he scores 100% and 51.5% for an overall success percentage of 75.8. These tiny number of occasions are not part of the Appendix at the end.

During their respective careers, Healy and Paine faced lost cause situations in the third or fourth innings on seven occasions each and runs made, big or small, will be completely disregarded for this study.

For the first four and a half years of his career, Healy actually under achieved with the bat. He scored the occasional small half century when needed, but it took a piece of really good advice from coach Bob Simpson to get him to work as hard on his batting as he did his keeping. That piece of advice had such an affect on Healy that he wrote it down and kept the piece of paper in his kit bag for the rest of his career.

It read: FULLY EXPLORE YOUR BATTING HORIZONS, SO FAR ONLY A SMALL PORTION OF YOUR ABILITY HAS BEEN GLIMPSED.

That was just before the 1993 Ashes and it led to Healy’s prime years with the bat which lasted until the first innings of the Melbourne Test in late December 1998. This is the period of Healy’s career I will be dissecting, as during this phase, he played 94 innings, 65% more than Paine played in his entire career.

Here are the results of this proper analysis:

Apart from the aforementioned five and two pure last-day survival situations faced by Healy and Paine respectively, as well as the seven lost cause situations for each, Australia needed at least 25 from Healy on 44 out of the remaining 82 innings which is 53.6% of the time. In Paine’s remaining 48 innings 25 or more were needed from him on 31 occasions which is 64.6% of the time.

Under the circumstances of the previous bullet point, Healy reached at least 25 22 times when at least 25 were needed from him which is 50%, while Paine did the same 15 times which is 48.4%.

In order to match Healy’s numbers in the previous bullet point, in those 16 other innings (from 22) where he didn’t score at least 60% of the 50 plus team need, Paine would pretty much needed to have doubled his tally of four half centuries in such situations, and half of those i.e., two of them, would have needed to continue on to become centuries.

This is remembering also that Healy was confronted with a need to score 50 or more in a 45.5% greater number of innings than Paine i.e., 32 as opposed to 22.

So, whoever of Carey or Inglis is chosen, if he is as good as people say he is, then it shouldn’t be too long before Paine’s performance with the bat is emulated. Stick with him for a period of decent duration and Australia will be extremely well served if he can eventually match Healy’s temperament and toughness in a crisis. After that, it will be a bonus if he can emulate a batsman like Haddin, who, as I remember him, also had a great temperament in tough situations as well as a speed of scoring that would have been the envy of most of his colleagues ahead of him in the batting order.

The Appendix below shows a breakdown of the 94 and 57 innings of Healy and Paine respectively which was drawn up after studying each and every match scorecard.
Just a note on how to read the tables: a + or – symbol in the scores when the batsman went to the wicket in second or third innings indicates the lead or deficit at that point, while in the fourth innings it indicates the number of runs still needed to win.