Warne exclusive: 'If people want to sit on the fence, no problem. I've earned the right to give honest opinions'

Shane Warne knows he upsets people with his commentary, he’s well aware of his armada of critics but in trademark fashion, he doesn’t care.

The Australian cricket icon has earned a reputation since retiring from international cricket 15 years ago for thinking outside the box but also for not being afraid to ruffle the feathers of current players with his views from the commentary box.

Is he worried that he’s getting under the skin of some players or that fans think he’s got a set against certain individuals?

If you think he’s concerned then you didn’t see the alpha male who took 708 wickets in 145 Tests for Australia and instilled fear into the eyes of opposing batters even though as a spinner, the most damage he was ever going to cause was to their pride, and their average.

And arguably no player in cricket history copped more harsh words from the media and the fans during their playing career than Warne – often the attention was brought upon by his own misdemeanours off the field but he quickly learned to develop a thick skin and he thinks professional sportspeople should be able to handle constructive criticism. 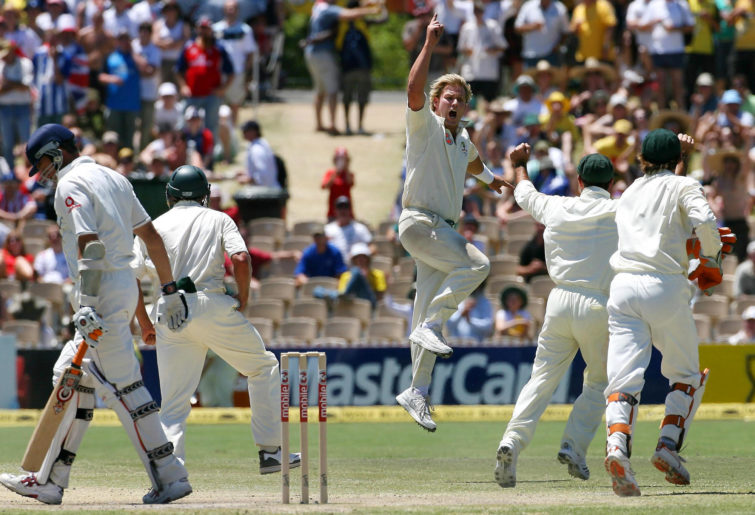 “I’m just honest. There’s nothing personal whatsoever against anyone,” Warne told The Roar.

“I think it’s important if you’re going to say something and I don’t consider myself controversial, all I do is speak my opinion and over 30 years I think I’ve earned the right to have an opinion. I’ve been around the game long enough to understand how the game works and I think I’ve got the respect of people for my opinion on the game.

“It’s nothing personal, if I’m asked about something I’ll give my honest opinion.”

Warne, who will be front and centre of Fox Cricket’s coverage of the Ashes starting next week with the First Test at the Gabba, has drawn the ire of many fans for his seemingly perennial calls for NSW fast bowler Mitchell Starc to be dropped from the national side.

He’s done so again this week and Thursday’s opinion piece on The Roar by Ben Pobjie – ‘It’s time to break our exhausting addiction to What Warnie Reckons’ – shows reaction is still clearly split between those who’ve had enough of his anti-Starc campaign and those who hang on every word.

However, Warne said after voicing his forthright opinion on Starc again this week, “suddenly a lot of other people have come out and said he shouldn’t play either”.

Some lesser-known players make a name for themselves as commentators by becoming “rent-a-quotes” who will dish out inflammatory opinions to earn a reputation and a better pay packet from the attention they generate.

Or all-time greats will suddenly lose their killer instinct when they enter the media and rarely say a bad word about anyone for fear of causing offence.

When asked whether it frustrated him that other former players aren’t as strident with their viewpoints when they get into the cosy surrounds of the commentary box, Warne was characteristically bullish about how they go about their business.

“If some people want to sit on the fence and get splinters, that’s up to them, no problem at all,” he said.

“I’m only worried about how I see it. I like to think that when people listen to my commentary they enjoy it, it gives them a different perspective and enhances their viewing pleasure.

“When we watch any sport, if you have some good commentators on there, it enhances it. And you notice bad commentators.”

As polarising as he can be, just like he was in his playing days, Warne is box office.

He draws eyeballs to cricket at a time when the sport needs to bounce back from the two-year mayhem of cancelled schedules, travel restrictions and safety protocols caused by the COVID-19 pandemic.

The build-up to the Ashes has been hampered by wet weather in Brisbane but also by a shorter-than-usual preparation for Joe Root’s touring England squad.

Most of the headlines in Australia have centred around Tim Paine’s decision to resign as captain and subsequent announcement that he would be taking an indefinite break from the game due to the sexting scandal which was revealed last month.

Cricket needs larger-than-life figures like Warne and although he’s long removed from the playing field, his presence still hovers over Australian cricket.

And he’s not afraid to say Australia aren’t necessarily guaranteed to retain the urn even though they’re the raging hot favourites with the bookmakers after England’s squad has been criticised for lacking punch in attack and relying too heavily on Root and Ben Stokes in the batting department.

“I think it’s going to be really tight, really, really close. I don’t think one way or the other one’s going to dominate,” he said.

“You have to say Australia are favourites even though they’ve lost two of the last three series in Australia. It used to be a fortress and the hardest place to win but other teams don’t fear playing Australia here anymore because other teams have beaten them here recently.

Warne and his fellow Fox Cricket experts have launched their Ton of Cricket campaign, calling on fans to vote on their favourite from a century of classic cricketing moments etched in the history books.
As someone who has figured in many magical matches over his storied career, Warne nominated the 2006-07 Adelaide Test as one that he hopes gets plenty of votes.

“The Adelaide Test, that whole match, will have to be up there. I’m sure there’ll be something of the 2005 Edgbaston Test, hopefully that Strauss ball I bowled will be in there somewhere,” he added in reference to his famous 700th Test scalp at the MCG Boxing Day Test of 2006.

“There’s been so many great moments – Steve Smith’s comeback hundreds in both innings was awesome, Peter Siddle’s hat-trick on his birthday was cool. This summer is going to give you a lot of ‘I was there’ special moments as well.”