Munford marked his league debut with 27 points, seven rebounds, four assists and three steals as the Phoenix made light work of the understrength Breakers in Saturday’s clash at John Cain Arena.

A 27-12 second-quarter blitz from the home side set up a 21-point halftime lead while Munford piled on nine straight points following New Zealand’s 7-0 start to the second half to ensure the Phoenix maintained control of the contest.

Despite making 11 of 18 shots, including four triples, in his first appearance for the third-year franchise, Phoenix coach Simon Mitchell felt Munford could have been even more aggressive and expects big things from the New Jersey native as the season progresses.

“It’s been a process for him to find his feet and finding that confidence to really put pressure on defences, getting downhill, he’s so quick – he’s going to get better from here, no doubt,” Mitchell said about the Phoenix’s new floor general. 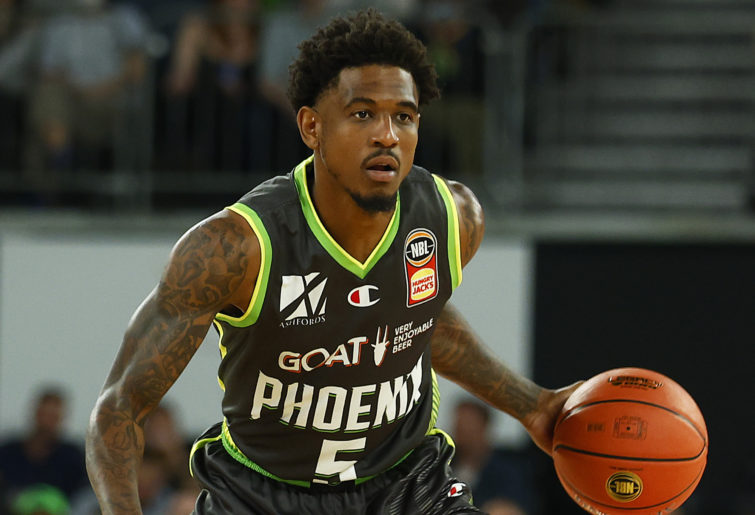 Another debutant to catch the eye was 216-centimetre former NBA centre Zhou Qi who made his presence felt at the defensive end on the way to eight points, five rebounds and three blocks in 20 minutes.

Mitchell described the Chinese import as “a special kid” who he expects will quickly become a fan favourite for the Phoenix.

“I don’t know what it is but you see it in his face, it lights up and he lights everybody else up and he plays with an enthusiasm that really is quite contagious,” Mitchell said.

“His teammates adore him and I’m not surprised that the crowd is going to warm to him really quickly.”

New Zealand’s preparations were thrown into disarray with a COVID outbreak during pre-season resulting in coach Dan Shamir and forward Yanni Wetzell being sidelined for the season opener, while veteran Tom Abercrombie succumbed to a side strain.

While the Breakers overcame a slow start to grab an early 11-10 advantage, the Phoenix closed the first quarter with a 7-0 run and a 17-11 edge before surging away in the second term to build to a 44-23 lead as the Breakers equalled their lowest first-half total in club history.

Taking charge of the squad in Shamir’s absence, assistant coach Mody Maor found few positives to take from the result as they prepare to face the Phoenix again on Friday night.

“We showed a little bit of fight in the third quarter, that’s a positive, but from a basketball standpoint this is far away from how we want to play and how we want to look at an individual level and a team level.”